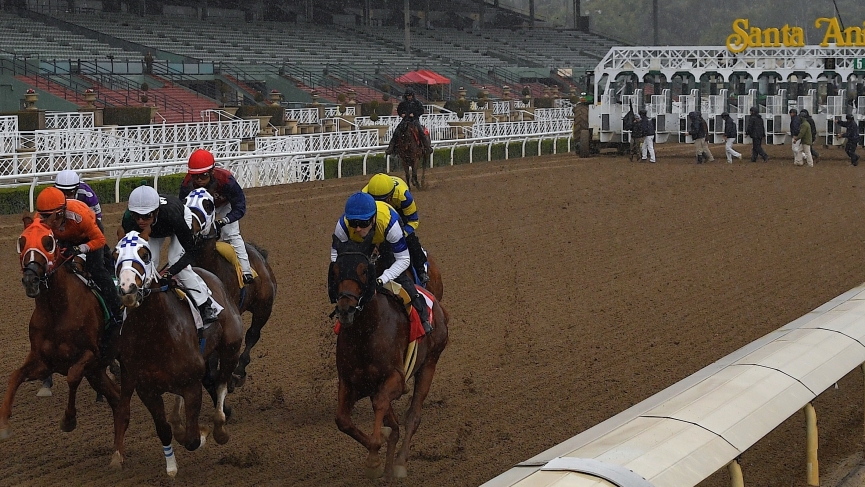 Horse racing picks for Friday marks the return of Santa Anita. Belmont and Churchill also have nice looking cards so let’s take a look at a race from all 3 tracks:

The Belmont 8th is a New York bred allowance optional claimer for 3-year-olds and up going 6 ½ furlongs on dirt. There is a lot of speed in this race drawn on the inside as all of Eye Luv Lulu, Leaky Cup and Steam Engine are capable of setting the pace. Leaky Cup and Steam Engine typically run 6-furlong races and I don’t trust either to get the extra half-furlong in this spot.

Eye Luv Lulu is your morning line favourite on the class drop but he is 9 years old, coming off a 4-month layoff after a race that wasn’t very good, albeit in a stake while being part of a strong pace. He is also in a new barn after being trained by the disgraced Jason Servis. I don’t trust him delivering his best today and certainly don’t want him at a short price. 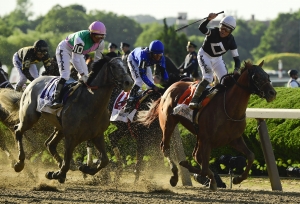 The Caretaker is a logical closer but I don’t trust his form and he’s coming off a layoff. He got really good for trainer Rudy Rodriguez in the winter finishing 2nd and winning an open allowance race at Aqueduct even earning a personal best 97 Beyer Speed Figure.

He was then sent off as the favourite in a stake race where he was a mediocre 4th. After that, he was entered at this level and was claimed while once again failing as the favourite. It’s not easy to improve horses claimed from Rudy Rodriguez, the 4-month layoff and those failed attempts as the favourite when he was last seen makes him hard to trust.

Summer Bourbon (9/2 ML) is my play as he has tactical speed and draws well outside of the speed horses. He probably needed his last against similar competition although that race was an open claiming $40,000 event and this one is New York bred restricted. He beat The Caretaker 2 starts back and with a recency edge can do it again.

The Santa Anita 2nd is a $12,500 claiming race for fillies and mares 3 years old and up going 7 furlongs on dirt who have not won 2 races. Sybil’s Kitty looks like the speed but her lone win was at 5 ½ furlongs and I don’t trust her to get 7 furlongs. Have the same opinion about Truth Prevails in regards to distance concerns. Violent Speed is the morning line favourite on the class drop but she is meeting older horses for the first time and her lone win was on the lead which she does not look fast enough to get.

The horse I want is Pasito (3-1 ML) who has run well in both starts on the Santa Anita dirt with a 1st and 2nd. Her win was at a mile while sitting just off the speed and she figures to get a similar trip in this spot. She finished 2nd to Sybil’s Kitty in her other start at Santa Anita but that came at 5 ½ furlongs and think today’s 7-furlong distance favours Pasito.

The Churchill 9th is a one-mile turf allowance event for Fillies and Mares 3 years old and up. Both Chad Brown trainees Balon Rose and Smooth With a Kick can win but I’m not enamoured with either of them. Balon Rose lone win came on the front end which she won’t get with Awesome One in this race. She has also burned a lot of money, losing 3 of her 6 races as the favourite. Smooth With a Kick tried turf for the initial time at Gulfstream last time. She was an okay 2nd producing an effort consistent with her tries on dirt. She may also want to go farther than today’s one-mile distance.

Summer in Saratoga may want more ground and has to work out a trip from post 10. Also, she won her last race at Fair Grounds but was disqualified after the fact. Devious Charm is fast enough to win in this spot but has shown a tendency to settle for 2nd.

Lido Key (8-1 ML) is my play. Yes her lone win was against easier at Tampa Bay Downs 2 starts ago but thought she showed improvement from prior efforts. She ran well last time at Gulfstream in her first start against winners as she made up ground late in a pace less event where the top 2 finishers were 1-2 from start to finish. The 2nd place finisher took an allowance at Belmont last weekend. Think her recent performances are the product of a lightly raced horse improving and a more honest pace this time gives her the chance to rally for the victory.