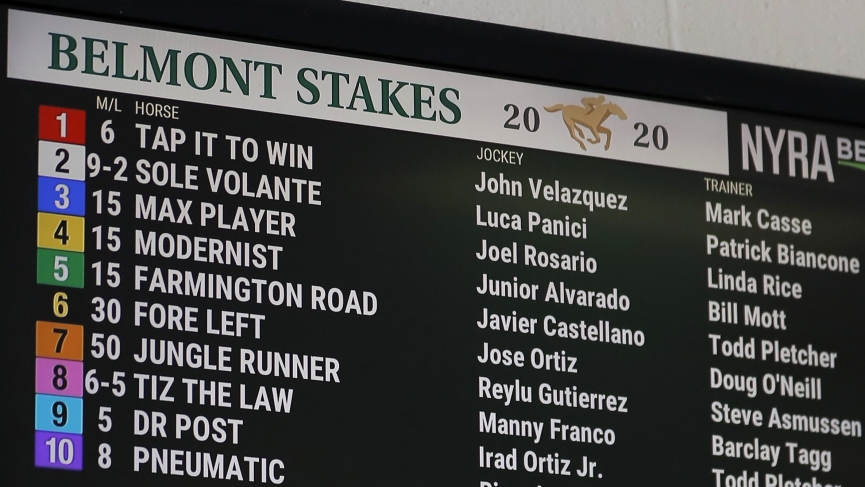 Odds.com has the inside track on Belmont Stakes picks, with an in-depth preview by horse handicapper Dennis Garcia. The Belmont Stakes field drew 10 horses and will be contested at a new distance of 1 1/8 miles instead of the traditional 1 ½ miles. It will also be the first leg of the Triple Crown this year instead of the 3rd. The Belmont card starts at 11:45 am Et with the Belmont Stakes going off as the 10th race on the 12 race program. Post time for the Belmont stakes itself is 5:42pm Et. Let’s look at the field in post position order:

1 Tap It to Win (6-1 ML): His game is speed so the rail doesn’t hurt him though the late addition of Fore Left doesn’t help. He was able to get to the front in an allowance 2 weeks ago and dominated the field winning by 5 lengths. Prior to his last race there were distance questions and not sure the Belmont was under consideration. Quick turnaround while having to travel farther and beat tougher but there is an argument for him being the second likeliest winner as the speed. Has the ability to give the closers a lot to do late. Tough call, using.

2 Sole Volante (9/2 ML): Won an allowance race at Gulfstream 10 days ago where he got a nice set up and earned a Beyer he has previously earned. Stone cold closer needs a set up. Like Tap it to Win it feels like his last race gave the connections a reason to take a shot. The horse I’m trying to beat.

3 Max Player (15-1 ML): Is 2 for 3 lifetime taking the grade 3 Withers last out rallying from off the pace. Don’t like that race as a whole, think there are better closers, he is off a 4 month layoff and tackling grade one competition. Can’t recommend

4 Modernist (15-1 ML): Did well to win a graded stake right after breaking his maiden when being part of the pace and holding off Major Fed late. He was wide throughout in the Louisiana Derby in a race where the pace held together. Has shown some rating ability but both his wins were essentially on the lead. He likely will be rating here and has to improve. Perhaps for a minor award.

5 Farmington Road (15-1 ML): stone cold closer got a strong pace to close into in the Oaklawn Stakes where he was second. Last time he provided a minor rally when 4th in a division of the Arkansas Derby. My main question and problem with him is: aren’t there better closers? Can’t endorse.

6 Fore Left(30-1 ML): His presence in this race is likely only going to annoy Tap it to Win on the front end as that is where Fore Left has done his best work. Doesn’t have a race on paper that can win this, he hasn’t shown he can rate and has to get the longest distance of his career. Pass

7 Jungle Runner (50-1 ML): Has been beaten by double digit lengths in each of his last 4 starts. Don’t see that changing here. Pass

8 Tiz the Law (6/5 ML): Likely to be a prohibitive favourite as he has won 4 of 5, 2 grade one’s including the Florida Derby last out in dominant fashion. Much has been made about the subtractions in this field as horses such as Nadal and Charlatan but still think this field is tougher than the one he beat to win the Florida Derby. Tap it to Win is a bigger threat to wire this field than Shivaree was. Dr Post may be better than Gouverneur Morris from the Pletcher barn and Sole Volante is a serious closer. Despite the tougher race, Tiz the Law will likely be a shorter price than the 7/5 he was to win the Florida Derby. The horse to beat but at what price? 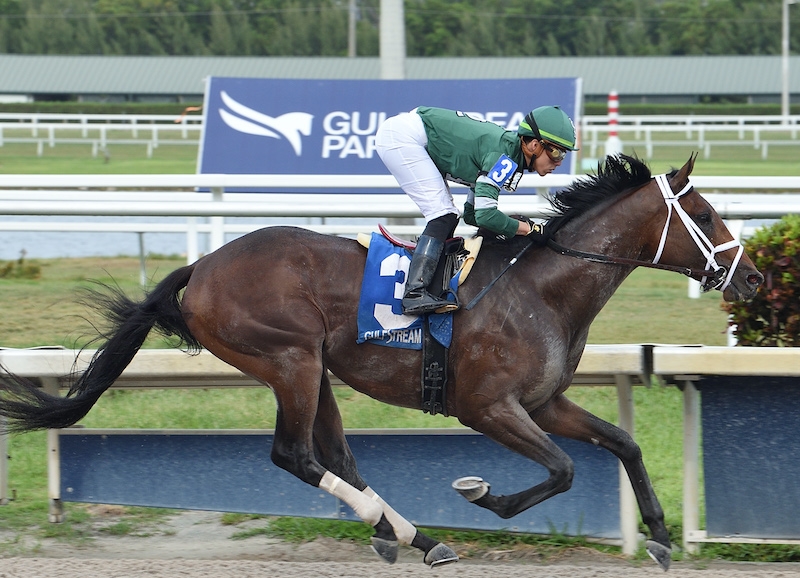 9 Dr Post (5-1 ML): Forget his debut as a 2 year old where he didn’t break and lost to a horse who came right back to win a graded stake. He broke his maiden 2 starts ago when being 4 wide throughout acting and proving as much the best. Last time he was going a route, 2 turns and facing winners all for the first time in a stakes race. He was always between horses, never looked completely comfortable and still found a way to kick on thoroughly in the stretch when he found room. Yes the figure came back slow but he had a difficult trip and found a way to win. I’m sure he can run faster with an easier trip and more experience. He draws outside the horse he has to beat, has plenty of upside as this is only his fourth career start and only second time going a route and he goes for elite connections. This is a class test but I want to find out how good he is and think he has the right answers. The Pick.

10 Pneumatic (8-1 ML): won his first 2 starts and was an okay 3rd when stepping up in class last time in the Matt Winn. He didn’t have to love being hemmed in along the rail while being part of the pace and for the Belmont he draws outside. Those were however reasonable fractions in the Matt Winn and feel like he at least had to hold off Ny Traffic. The upside is there but likely settles for a minor award today.