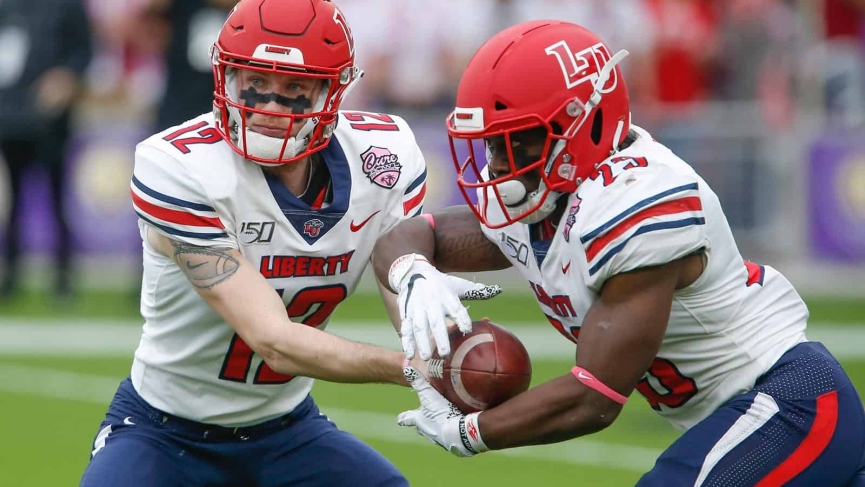 Odds.com’s Florida International vs Liberty Pick for Week 4 of College Football: The Flames are coming off an 8-5 SU season and earned an 8-5 ATS mark good for 61.5% winning bets. They defeated Georgia Southern as 5-point underdogs in the AutoNation Cure Bowl 23-16. After last week’s enormous upset that covered the spread by a whopping 19.5 points, the Flames confidence cannot be higher for their home opener.

The Florida International Golden Panthers will start their 2020 campaign with a road trip to face the Liberty Flames, who are coming off a huge upset 30-24 win at Western Kentucky as 15.5-point underdogs. The Panthers have made many changes during the offseason including an up-tempo no-huddle offensive scheme. They are coming off a 6-7 straight-up (SU) record, 5-8 against-the-spread (ATS) mark, and lost 34-26 to Arkansas State in the Camellia Bowl and failed to cover the spread as 2-point underdogs.

The Flames are coming off an 8-5 SU season and earned an 8-5 ATS mark good for 61.5% winning bets. They defeated Georgia Southern as 5-point underdogs in the AutoNation Cure Bowl 23-16. After week 3‘s enormous upset that covered the spread by a whopping 19.5 points, the Flames confidence cannot be higher for their home opener.

The Flames Situational Trends and Tendencies

The Flames had a balanced offensive attack in 2019 that averaged 35 pass attempts and 33 rush attempts per game. They completed 57% of the pass attempts gaining an average of 288.9 yards-per-game (YPG), 151.2 rushing YPG, and 440.2 total offensive yards per game. The offense had a terrific season, but the defense struggled to contain opponents in each game. The Flames defense allowed 59.7% pass completions allowing 219.5 passing YPG, and an average of 41.5 rushing attempts that gained an average of 190 YPG. So, the Flames defensive front could not stop the run and opponents exploited that at every opportunity.

The offensive unit is going to be even better than the solid numbers they put up in 2019. The reason is they have duel threat QB Malik Willis, who won the starting job. In his debut, he rushed for 168 yards and three touchdowns. Using his gifted arm, he completed 13 of 21 passes for 133 yards. Willis a transfer from the Auburn Tigers where he was a backup quarterback for two seasons before transferring and sitting out last year. Even as a backup QB he was practicing with SEC Conference players and learning from the high-level performances of the best players in the nation that plays in the SEC. So, that experience will carry over and as a result, the Flames will be in another bowl game – if they have bowl games this year.

Players to Watch on FIU

The Panthers return only four players on offense and six players on defense from the 2019 campaign. Of these starters, only their offensive center Shane McGough returns and with a new offensive line, the offense will be inconsistent. The Panther’s defense, though, will be better and returns safety Rishard Dames, CB Richard Dames, LB Jamal Gates, and DE Alexy Jean-Baptiste.

Here is an outstanding betting system that has earned a 68-26-2 ATS record good for 72% winning bets over the last 30 seasons. The requirements are to bet on underdogs of 3.5 to 10 points, who were a bowl team from last season that lost the bowl game and the regular-season finale, and now facing a non-conference foe with the game taking place in the first 4 weeks of the season. Over the last three seasons, this system earned an 8-3 ATS record.

The team to bet based on this system is the Panthers, who did lose their bowl game and their last game of the regular season and now find themselves an underdog of 7 points against the Independent Liberty Flames.

When two teams square off in a matchup and are entering a rebuilding type of season where no more than five offensive starters have returned for each team, the dog (+150 to +300) has done very well earning a 54-54 record using the money line, averaging a +220 money line bet, and making the $100 bettor a significant profit of $6,300 in only the past five seasons. The Florida International Panthers are the play, and consider placing 65% of the size of your normal bet on the spread and 35% using the money line.

The best current price on Florida International is at +7.5 (-110) via DraftKings, while the best price on the FIU moneyline is at +235 via FanDuel