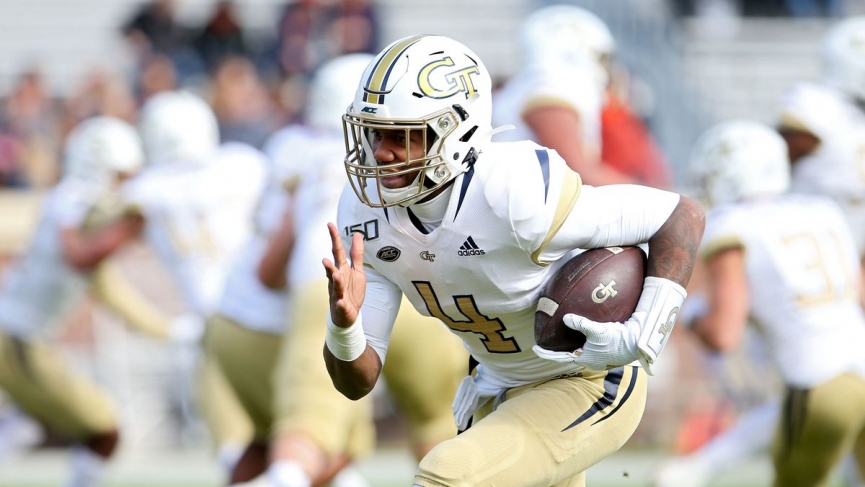 Odds.com’s Louisville vs Georgia Tech Pick – College Football Week 6: Friday evening finds us in ACC country looking for a winning pick in the matchup between Louisville and Georgia Tech.

Given how fragile the entire college football schedule is, we probably shouldn’t complain about any matchup, especially a Friday night tilt pitting teams from one of the Power 5 conferences. Still, there’s not a lot about this clash between the Louisville Cardinals and Georgia Tech Yellow Jackets to get potential viewers feeling all tingly inside.

There will be some fans on hand in the stands at Bobby Dodd Stadium for the kickoff a little past 7 p.m. (ET) when ESPN begins its telecast. Both sides come in following a bye week and dragging 2-game losing streaks with them. DraftKings has Louisville favored by 4½ after opening the Cardinals a point higher. That puts the moneyline on the Cards at -195 with Georgia Tech +155. The same betting outlet is going with 62½ for the total.

The Ville Near Bottom In Turnover Margin

Louisville has dropped its first two conference contests, the latest a couple of Saturdays ago at Pittsburgh. Scott Satterfield’s squad pushed the 3-point underdog spread in the 23-20 setback, never recovering from a 13-0 hole in the first quarter with the final stopping 10 points shy of the NCAA football odds total.

Malik Cunningham and the Cardinals offense never really found any rhythm against a Pitt defense that ranks second in the nation in total yards (232.4 ypg) and has generated eight turnovers during the Panthers’ first four games. Cunningham contributed to that tally by throwing three interceptions while his unit was limited to 223 yards and 10 first downs. Javian Hawkins contributed 75 of those yards on one long scoring run in the first half but managed just three more yards on his 12 other carries.

After allowing 68 points in the first two games, a win over Western Kentucky and a loss to Miami, Louisville’s defense got off to a rocky start by allowing the Panthers to score on their first three possessions. One of the field goals was set up by a short punt that left Pitt in field goal range. The Cardinals settled down after that, surrendering just over 270 yards the rest of the game, and managed to add two takeaways after coming up with only one turnover in their first two games combined.

There are signs that Georgia Tech is starting to execute Geoff Collins’ more wide-open offense after so many years running the option under Paul Johnson, but that hasn’t translated into wins just yet. The Yellow Jackets rank 22nd in the country averaging more than 450 yards per game and have already accumulated more yards passing (1,389) in three games as they managed in Johnson’s final 2018 season (1,089).

All of those yards have also failed to translate into points, Georgia Tech down near the bottom of the rankings scoring under 20 points a game. A lot of that has to do with a turnover-prone offense in general, and Jeff Sims’ penchant for throwing interceptions specifically. The true freshman pivot has been picked off eight times already, against just three touchdown passes. Half of those INTs came in the 37-20 loss at Syracuse in Week 4.

The defense has done an about-face since beginning the season with a 16-13 win over Florida State, and that has resulted in both of Georgia Tech’s last two games scooting past the college football totals. The Yellow Jackets looked lost on defense in the loss to UCF as the Knights rolled up 660 totals yards, while turnovers gave the Orange field position in that defeat.

This is just the second meeting between the two programs, the other coming two years ago in Louisville where the Yellow Jackets rumbled to a 66-31 rout. The Cardinals acted as if they’d never seen an option offense before as Georgia Tech raced to a 21-0 lead and rushed for 542 yards. The Yellow Jackets threw only two passes the entire game – completing one of them – and easily covered as 5½-point road chalk while going ‘over’ the 56-point total by themselves.

The weatherman is calling for sunny skies and the thermometer in the mid-60s at kickoff, and not enough breeze to worry about. My forecast and free college football pick is on the final coming up short of the total. Play ‘under’ 62½.