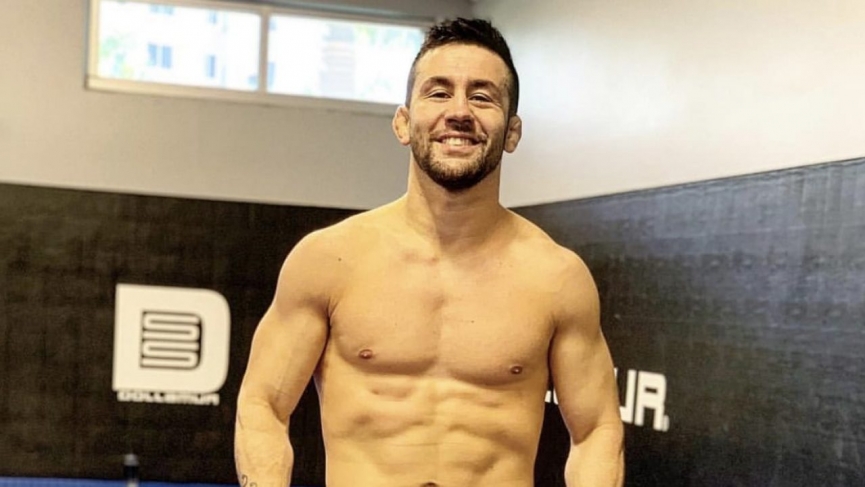 Rivera (23-4) defeated Munhoz back at UFC Fight Night 77  in Nov. 2015 which was part of a five-fight win streak to start off his UFC career. The 31-year-old most recently defeated Cody Stamann at UFC Fight Night back in July which snapped a two-fight skid. These two were slated to fight a UFC 258 however the fight was rescheduled for this Saturday.

Munhoz (18-5) will look to avoid three straight losses for the first time in his career. The American Top Team product last competed against Frankie Edgar at UFC Fight Night in August, dropping a controversial split decision where the majority of media members felt the Brazilian deserved the nod. The 34-year-old hasn’t won a fight since knocking out Cody Garbrandt at UFC 239 in March 2019.

Make no mistake about it, these two fighters are much different than when they fought back in 2015. Munhoz has gone 7-3 since their first fight, including impressive stoppage victories over Garbrandt and Rob Font. Rivera meanwhile has gone 5-3, but also picked up some key victories over Uriah Faber and Thomas Almeida.

While I can understand Rivera being the betting favorite, I do see value on the UFC Odds board on Munhoz as the underdog. His striking has significantly improved since the first fight and he’s always had an exceptional ground game. In a fight this close, I see the matchup staying standing where I believe Munhoz will get the better of the exchanges. That’s why I’m picking and recommending Munhoz for the upset here.

Lawrence (6-1) makes his UFC debut after defeating Jose Johnson on DWCS back in September. The 28-year-old is riding a three-fight win streak, with his last two fights going the distance.

Cachero (7-3) will be looking for his first UFC win after dropping his short-notice promotional debut against Jamalll Emmers at UFC Fight Night in August. “The Anomaly” switched things up for this camp training at the famed Factory X gym in Colorado.

As the odds indicate, this is a close fight with Lawrence getting a slide edge from the betting public. However, I do see value on Cachero at +135. The 31-year-old has fought far better competition in his career and I believe also has the edge in the striking department. Cachero has only been finished once in his 10-fight career and that was to UFC bantamweight standout Casey Kenney in March 2019. If Lawrence can’t put away Cachero early, I see the Colorado native either finishing the Sandford MMA product or picking up a decision. Either way my pick is Cachaero and I see value on him as the underdog.

Mazo (9-1) looks to extend her winning streak to four-straight when she battles former title challenger Davis. The 23-year-old has gone 3-1 in the Octagon and will be making her first appearance in the UFC Men’s Bantamweight division.

Davis (19-10) heads into this contest on a three-fight skid and will be moving back up to 135-pounds for the first time since April 2014. The Canadian will be looking for her first win since Dec. 2017.

Mazo is the rightful favorite having all the momentum and being the younger fighter. However, I feel like the odds are a bit off due to the fact that Davis is losing to solid opposite as of late, including two former title challengers Jennifer Maia and Katlyn Chookagian. Davis’s best days may be behind her, but having 39-career fights compared to 10 for Mazo is a big gap in experience. This could be a spot where Davis pulls off the upset, especially considering how well-rounded her skillset is.

If you’re going to bet this fight, I believe the value is on Davis, however my pick will remain with Mazo due to the fact that she’ll likely be the more faster, dynamic striker between the two.