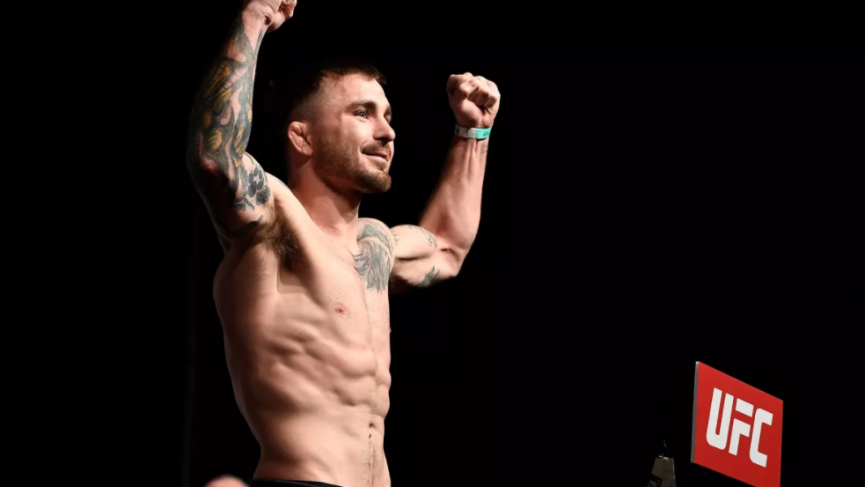 UFC Vegas 19 Darrick Minner Odds and Fighter Profile: Darrick Minner has a 1-2 record in his three UFC appearances, one that includes a decision loss to Herbert Burns in Dana White’s Contender Series. Minner has a 3-0 record to the ‘Under’ in his 3 fights under the UFC brand, profiting for +2.33 units. On Saturday, Minner takes on Charles Rosa in a featherweight bout at UFC Vegas 19.

Odds.com’s James Lynch talks to Derrick Minner (25-11) in the lead-up to his featherweight fight against Charles Rosa (13-4) at UFC Vegas 19 on February 20th.

Darrick Minner: Tale of the Tape

Darrick Minner made his professional MMA debut at the age of 22 years old in the ‘Disorderly Conduct’ promotion, apart of the Nebraska regional scene. Minner strung together a 4-1 record before making his debut in 2013 in ‘Dynasty Combat Sports’ where he would spend the bulk of his MMA career. Between the DCS, RFA, LFA, and other various promotions, Minner had over 25 professional fights before making his first appearance under the UFC brand in 2019, losing to Herbert Burns by the first-round submission on Dana White’s Contender Series. Minner would return to the regional scenes after his DWCS loss, and pick up two more back-to-back wins.

Minner made his proper UFC debut in February of 2020 at UFC on ESPN+ 27 in Norfolk, Virginia against UFC Featherweight Grant Dawson. Minner would come in as a long shot +300 underdog and would lose via a second-round submission to Dawson. Minner would return to the octagon in September of 2020 at UFC Vegas 11, and picked up the first-round guillotine choke submission over TJ Laramie, cashing as a +255 underdog.

If you’re going to bet this fight, and you plan to back Darrick Minner, the best value you can get on the UFC Odds board is on the ‘Inside the Distance’ prop at +325. Minner has 22 wins by submission in his MMA career, and has yet to see the third round in a fight in the UFC octagon. However, it may be a little bit greedy to take that +325 ‘ITD’ line, when you get Minner on the ‘to Win Outright’ moneyline at +169, especially considering that Rosa has only been stopped once in his UFC career, and managed to go 15 minutes with UFC Men’s Bantamweight grapple extraordinaire Bryce Mitchell. A great pair of bets to make on this fight is to bet the ‘Over 1.5 Rounds’ prop at -155, along with Minner at +169. Even though Minner has gone 3-0 to the Under in his UFC career, Charles Rosa tends to have long drawn out rights, and if Minner is willing to grapple with him, this one might last longer than what the better market is expecting.