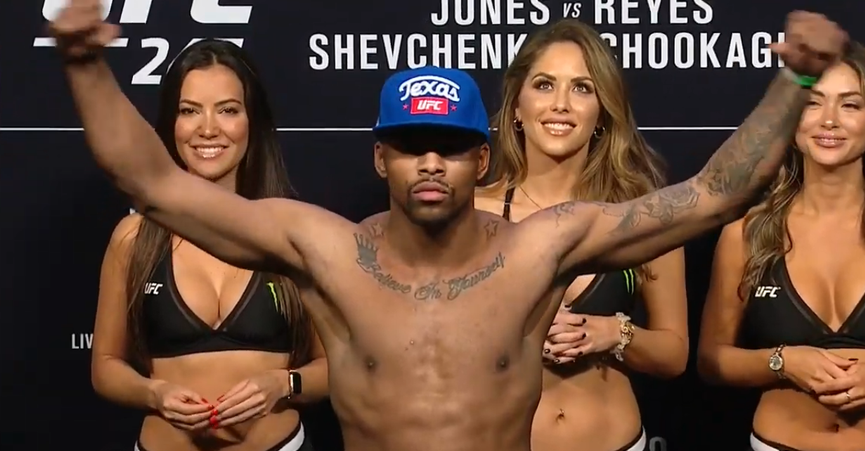 UFC Vegas 17 Picks and Underdog Best Bets: These three fighters on Saturday’s UFC card have a combined moneyline record of 16-7 for +12.53 units profit in their UFC careers, as well as a combined 8-4 record as the betting underdog. Here’s James Lynch’s underdog best bets for UFC Vegas 17.

Pereira (24-11) snapped a two-fight skid after submitting Zelim Imadaev in the third-round at UFC Vegas 9 in September. The 27-year-old has gone 2-2 in the Octagon, with his other UFC victory coming in his debut against Danny Roberts where he knocked out the UK fighter in the first round at UFC Rochester in May 2019.

Williams (11-1) heads into this contest on an eight-fight win streak, including back-to-back highlight-reel finishes over Alex Morono and Razak Alhassan. The 26-year-old has only been out of the first round once in his last five fights.

As the odds suggest this fight is close to a pick’em, but I do see value on Williams at +110 for a variety of reasons. Along with having a four-inch reach advantage in the fight, Williams is a tad younger and has been finishing high-quality opponents in both Alhassan and Morono. Pereira doesn’t have the best fight IQ either, as we saw in the fight with Tristan Connely at UFC Vancouver where he was taken down multiple times and lost a decision in a fight despite having all physical advantages in the matchup. For that reason, I’m picking and seeing value on Williams as the slight underdog in this matchup.

Moraes (23-7-1) is coming off a loss, and is hoping to avoid back to back losses for the first time since Nov. 2011 when he battles Rob Font on the main card. The 32-year-old suffered his second-TKO loss in his last three fights at the hands of Cory Sandhagen at UFC Fight Island 5 in October despite being the betting favorite in the fight.

Font (17-4) will be competing for the first time in over a year after recovering from ACL surgery. The 33-year-old is coming off a decision victory over Ricky Simon at UFC on ESPN 7, which pushed his winning streak to two straight.

While I’m picking Moraes in this fight being the more well-rounded and more active fighter ahead of the matchup, there is plenty of value on Font. The “New England Cartel” member has a two-inch height and five-inch reach advantage in the matchup and never been knocked out in his 21-fight career. If Moraes can’t finish Font early, which is possible since this is a three-round fight, Font could steal a decision by using his range and avoiding the Brazilian’s power. Add in the fact that Moraes needs to win this fight if he wants to land back into the contender’s seat at 135-pounds, the pressure is clearly on the ATT standout. For that reason, I see plenty of value on Font as the +125 underdog.

Pettis (23-10) looks to win two-fights in a row for the first time since Dec. 2014 when he faces Moreno in his second-straight fight at 170-pounds. The 33-year-old is coming off a decision victory over Donald Cerrone at UFC Fight Night in December, where the majority of media members scored that fight for “Cowboy.”

Morono (18-6) rebounded from his knockout loss to Khaos Williams by picking up a decision victory over Rhys McKee back on Nov. 14 at UFC Vegas 14. The 30-year-old has won four of his last five fights and has gone the distance in three of those outings.

I understand the former UFC lightweight champion Pettis being the betting favorite with him fighting much stronger opposition, but I do see value on Morono as the +195 underdog.  “The Great White” comes from a great camp at Fortis MMA and trains on a regular basis with UFC Vegas 17 headliner Geoff Neal, which should give him a great look ahead of the matchup.

In addition, Morono’s teammate Diego Ferreira already defeated Pettis earlier this year, so that should give him some great insight ahead of the matchup. I see this fight as closer to a pick’em, and with the UFC roster cuts looming, don’t be surprised if a loss for Pettis on Saturday night ends his tenure with the Las Vegas-based promotion. All the pressure is on Pettis in this fight and I think if Morono can use his speed and power, he could take home another decision. That’s why I think there is value on Morono and I will also be picking him here.