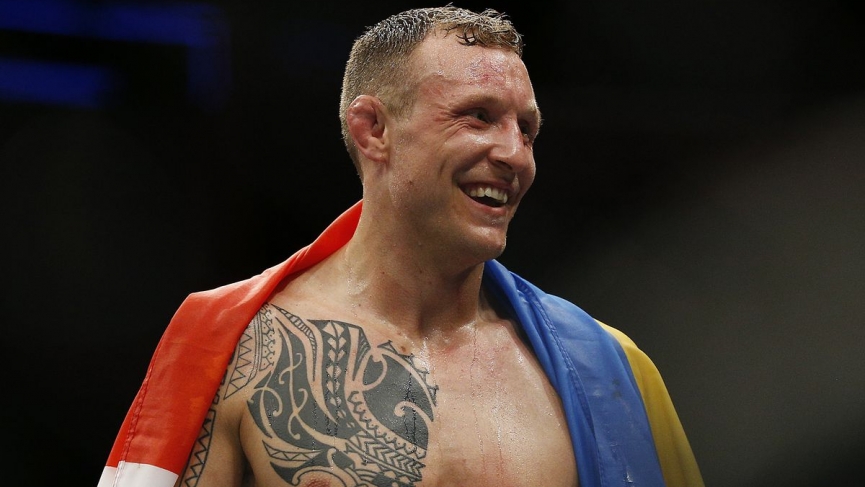 UFC Vegas 16 Picks and Underdog Best Bets: These three underdogs on Saturday’s UFC Vegas 16 card have a combined record of 37-17-1 in pro-fights with odds posted, and all three have winning records when lined as the betting dog. James Lynch gives his 3 best dogs for this Saturday.

From a betting perspective, the biggest favorite on the UFC Vegas 16  card is Jordan Leavitt at -400. I don’t see any value on Matt Wiman as the underdog there at +325  (via WilliamHill).

Vettori (15-3-1) replaces Kevin Holland in this matchup and carries a three-fight win streak into the bout. The 27-year-old was scheduled to face Ronaldo Souza at UFC 256 a week later, but offered to step up and replace Holland in this main event instead. The Kings MMA product submitted Karl Roberson in the first round at UFC Vegas 2 in June, which was his first stoppage victory since Aug. 2016.

Hermansson (21-5) is coming off arguably the biggest win of his career when he submitted Kelvin Gastelum in the first round at UFC Fight Island 2 in July. The 32-year-old has won five of his last six fights, with his lone setback coming against Jared Cannonier where he was knocked out in the second round.

What’s interesting is Hermansson opened up as the favorite, but betters have been hammering the Vettori line which has made him the favorite. The only explanation I can think of for that would be that Vettori did go to a split decision against current middleweight champion Israel Adesanya in 2018. However, myself and most other media members felt like Adesanya clearly won that fight, and keep in mind that was just the second UFC appearance for “Stylebender.”

Not only do I see value on Hermansson in this fight, but I’m also picking him here in the main event. Along with having a height/reach advantage in the bout, Hermansson has fought far better competition overall and has the edge in experience. While Vettori has a good ground game, I think Hermansson has the edge there and if it happens to stay standing, I don’t see Vettori as much of a threat with his last TKO win was Dec. 2015. For that reason I see plenty of value on Hermansson at +115.

Jack Hermansson has had 11 fights in the UFC, but only one of them as the closing line underdog. A fight in which he won against Ronaldo Souza in April of 2017 as a +200 long-shot. Hermansson has an 8-3 record in the UFC, for a profit of +4.18 units on the moneyline.

Jamahal Hill (8-0) is coming off an impressive TKO victory over Klidson Abreau at UFC Vegas in May and has gone 2-0 in both of his appearances in the Octagon. The 29-year-old has finished four of his eight career opponents.

Saint Preux (25-14) rebounded from his loss to Ben Rothwell at heavyweight by picking up an impressive TKO victory over Alonzo Menifield at UFC Vegas 9 in September. The 37-year-old will be looking for back-to-back wins for the first time since Nov. 2017.

I can’t pick OSP here just because of his inconsistency, but the value on this fight is him at +140. For starters, the Strikeforce veteran has 39-career fights compared to just eight for Hill. Saint Preux has fought far better competition, including the likes of Jon Jones, Glover Teixeira, and Dominick Reyes. This could be another situation like with the Menifield fight, where people are overlooking OSP against another prospect. Hill most likely finishes OSP in this matchup, but if the Michigan native can’t put him away early, don’t be surprised to see Saint Preux pull off a decision victory.

Topuria (9-0) made a statement in his UFC debut in October at UFC Fight Island 5, picking up a dominant decision win over Youssef Zalal. The 23-year-old has finished eight of his nine career opponents and has only gone out of the first round twice in his career.

Damon Jackson (18-3-1) finally picked up his first UFC victory after four appearances in the Octagon. The Fortis MMA product upset Mirsad Bektic by submitting him in the third round at UFC Vegas 11 in September. The 32-year-old has won seven of his last eight fights.

Don’t get me wrong, Topuria looks like the real deal and I will be picking him here. However you can’t overlook some of the advantages Jackson has in the matchup, and I do see value on him as the +200 underdog. Along with having a four-inch height and four-inch reach advantage, Jackson has 23-career fights compared to just 9 for the Brave FC veteran. Both have exception ground games, with Jackson having 14-career submission wins compared to just seven for Topuria. That’s why I see this fight as a lot closer than the odds indicate and why I believe it may be worth taking a stab on Jackson.

Going back to his days with Legacy FC, Damon Jackson is 11-4-1 in fights with betting odds posted, for a profit on the moneyline of +2.2 units. Jackon was a +315 underdog in his most recent win to Mirsda Bektic, it was the highest dog price he’s ever been listed at in his career.