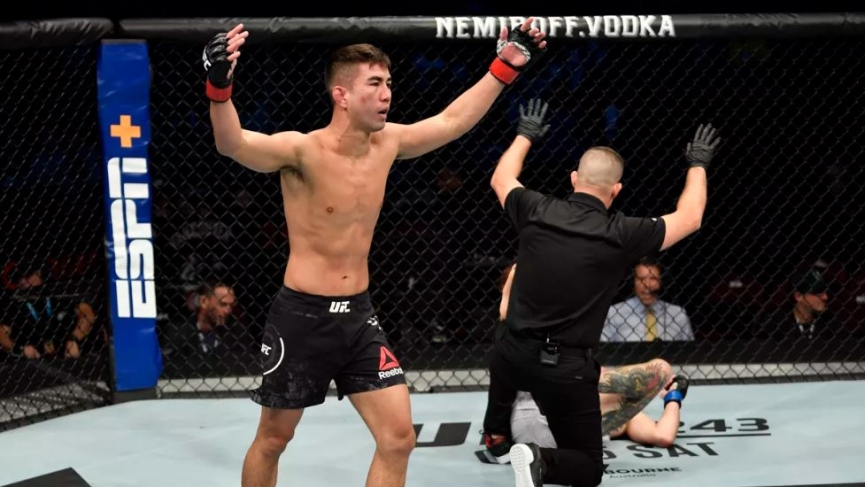 Jose Quinonez vs Louis Smolka Pick – UFC Vegas 14: You may not have heard of half of these fighters but the card is stacked to the top with finishers and these are really great match-ups. Underdogs have not been around much lately, but this is the kind of card where they should be barking.

UFC Vegas 14 is another fun card with some seriously wild matchups. This card has the low key possibility of being one of the best cards of the year from an action-standpoint.

El Teco is a young fighter who has had a strange run so far in the UFC. The prospect is tall and long and has a perfect frame for MMA and is coming into his physical prime, but seems to thrive on bottom feeders. Techo is coming off of a loss, after being destroyed by Sean O’Malley in his last outing and wants to wash that taste out of his mouth. Teco is a striker who has mostly used his kicks to maintain the range he lies and pick his opponents apart. Since coming to the UFC, Quinonez is 5-3, with all five wins coming by decision.

Louis Smolka is similar to Quinonez in that he has struggled in the UFC. Smolka is actually into his 2nd UFC run in his career. Smolka made it to the UFC back in 2014 and appeared to be on the path to the title when he abruptly fell off. Dropping four straight fights, Smolka had to return to the regional scene and go back to the drawing board to earn another shot in the big show. Smolka has returned to the UFC and has been nothing but action since he got here. So far, in 4 fights, Smolka is 2-2, and all have ended with a finish. He embraces his “Last Samurai” nickname and is fighting to the death every time the UFC’s cage door closes.

This is an exciting fight between 2 men who are struggling to find their footing at the elite level. Quinonez is a point fighter who spams leg kicks and looks to mind the range. He likes to fade away from his opponents and has a little bit of tall man’s defense where he leaves his chin exposed, but few have been able to make him pay for it. Smolka looks to go to war every time and has paid for it a few times but has impressed as well.

Even though both men are in similar positions in their careers, I believe that Smolka has a much higher ceiling than El Teco does. All 5 of Quinonez’s wins come against opponents who are no longer in the UFC. Smolka’s two wins have also come over fighters who may not have a future with the organization, but when he faced a lower level of competition, he absolutely shredded them. Smolka’s main weakness seems to be on the mat and has been submitted by top talents like Casey Kenny and Matt Schnell. El Teco is a BJJ purple belt and never looks to grapple in his fights unless he is forced to and only has one submission to his name.

Undercard Best Bet: Louis Smolka (-138) via Bet365: This line opened a bit wider, and so far, there has been nothing but money on the dog. I appreciate the early action because it gives us a playable price on the side I like. Smolka will attack the body of Quinonez, and with that long torso, it should be there for the taking. When Smolka roughs Quinonez up and gets him thinking about his ribs, I expect him to go high and land a knockout blow or take him down and cook him on the floor after his gas tank has already taken a hit. I think Smolka wins this fight, and I expect him to do it impressively.