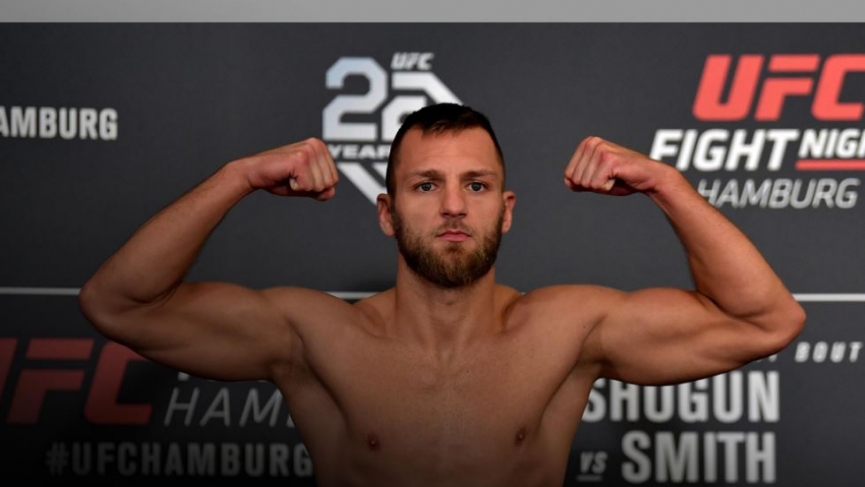 David Zawada UFC Odds Profile: David Zawada is 1-2 in the UFC since making his debut back in 2018. Bettors who have backed the ‘Fight Doesn’t go the Distance’ prop in Zawada’s three bouts have gone 2-1 for +1.9 units profit.

Odds.com’s James Lynch talks to David Zawada (17-5) ahead of his UFC Welterweight division bout against Ramazan Emeev (19-4) at UFC Fight Island 7 on Jan. 16.

David Zawada: Tale of the Tape

David Zawada made his professional MMA debut on the German regional scene all the back in 2010, and managed to string six wins together before being stopped in his seventh fight in the ‘Respect FC’ promotion out of Germany. Zawada split his time between KSW and Respect FC, before making his UFC debut in 2018.

David Zawada is 1-2 in the UFC, with all three fights lined as the betting underdog on the UFC odds board. Bettors who have backed Zawada in all three of his UFC outs have profited a marginal +0.55 units, thanks to Zawada cashing as a +255 dog in his last fight against Abubakar Nurmagomedov.

The best way to back David Zawada in his UFC career has been on the ‘Inside the Distance’ prop. Even though Zawada only has one finish to his credit in the UFC, he cashed +500 to get the finish, making it the most profitable bet to his name in the octagon.

If you plan to back David Zawada in this fight, there is definitely some value on the ‘Inside the Distance’ prop at +400. Ramazan Emeev has never been finished in his five UFC fights, so the price on that prop is slightly inflated due to the expectation in the market for Emeev to pick up the decision.

If you’re betting against Zawada, the bet without a doubt has to be on the Emeev by Decision prop at -110. It’s a steep price, but Emeev has shown on numerous occasions that he is completely content with coasting and picking up victories on the scorecards.