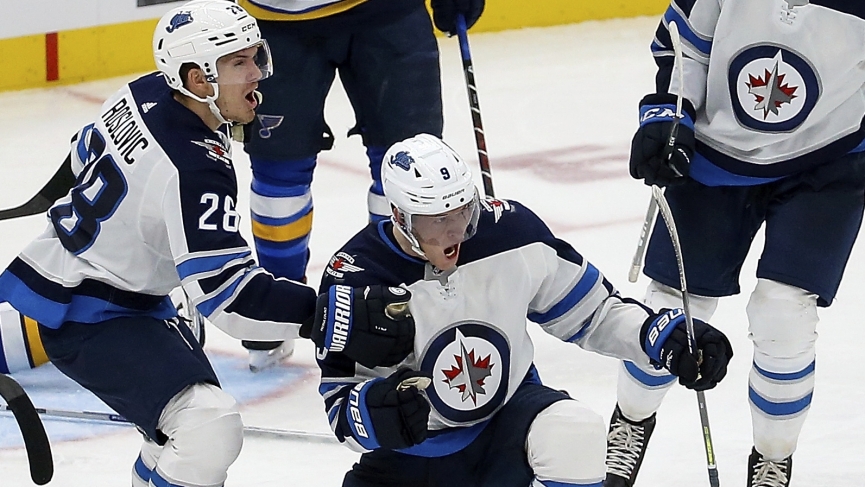 The Winnipeg Jets futures to win this year’s Stanley cup are currently priced at around 60 – 1. We know the NHL season will resume at some point with some kind of adjusted playoff schedule but will the Jets be able to move on to the playoffs?

U.S. President Donald Trump invoked the “Defense Production Act” to order manufacturers and companies to provide medical supplies across the country to deal with the Coronavirus. In NHL circles, the Winnipeg Jets and head coach Paul Maurice in particular had to invoke the “Defense Reclamation Act”. They had to do it in a hurry if the Jets were going to somehow manage to be a playoff team once again this season.

The Winnipeg defense was gutted in the offseason, and their blue line had several holes to fill entering the current season which has been put on hold. Winnipeg lost four starting defensemen from last year’s squad including Jacob Trouba, Tyler Myers, Dustin Byfgulien and Ben Chiarot. That’s a massive amount of roster turnover along the blue line. Paul Maurice was tasked with having to put several younger and more inexperienced players on defense to fill key roles and play big minutes. In spite of that, the Jets are currently 10th in the NHL in goals allowed per game which speaks volumes about the terrific coaching job by Maurice. 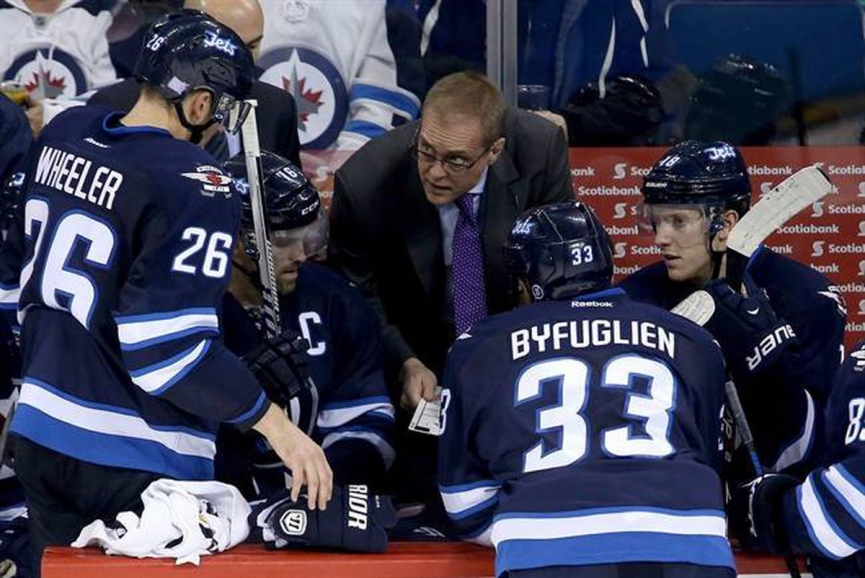 His staff bringing this blue line together in a short amount of time was clutch. The likes of Josh Morrissey, Nathan Beaulieu, Neal Pionk and Tucker Poolman among others have stepped up and exceeded expectations. That quartet of Jets defensemen are a combined +25 this season in their plus-minus rating. Goaltender Connor Hellebuyck is a big part of the success. He enjoyed a strong season in net and bounced back after an inconsistent 2018-2019 season. Hellebuyck has a 2.57 GAA and .922 save percentage in 58 games played this season. Winnipeg added Dylan DeMelo at the trade deadline in a deal with the Ottawa Senators to create more depth along the blue line. The Jets defense struggled to adjust to changes in the first month of the season, but their improvement has been noticeable since. The surprising play of the Winnipeg blue line is a significant reason why they were in a playoff spot prior to the league suspending play.

The Jets Offense Grounded At First, Flying Down The Stretch

Scoring goals has rarely been a problem for the Winnipeg Jets in recent seasons. They’ve had one of the best group of forwards in the NHL the last few seasons regarding firepower and depth. Mark Scheifele, Blake Wheeler, Kyle Connor, Patrik Laine, and Nikolaj Ehlers have at least 20 goals and 50 points for the Jets this season, but that’s nothing new for this talented squad.

However, they have not received quite as much production from their bottom-six forwards which has resulted in a decline of the overall offensive numbers. The Jets have slipped to 17th in the NHL, but the team is still averaging 3 goals per game which is still solid. In fact, Winnipeg’s offense picked up plenty of steam in their games prior to the stoppage of play. The Jets scored 3+ goals in 9 of their last 12 games and a total of 63 goals in their final 19 games combined. 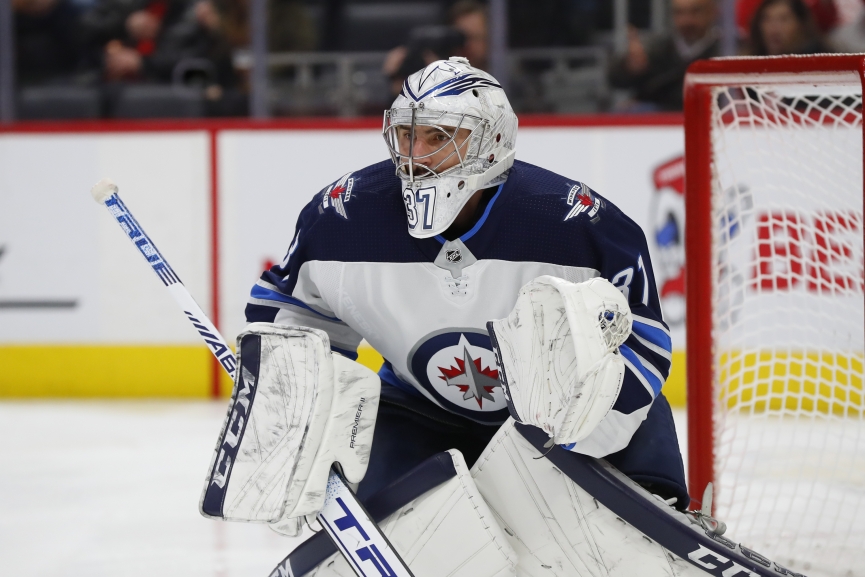 The Winnipeg Jets would have faced the Vegas Golden Knights in the first round of the playoffs without any changes or alterations to the Stanley Cup playoff format. Regardless of what the playoff format will be, the Jets have the offense to be a threat to any opponent in the playoffs. The defense certainly outperformed expectations and their better than expected performance throughout the regular season is what has them in playoff contention. Staying healthy is imperative for the Jets blue line because their depth is already being tested, and it’s difficult to maintain a lengthy postseason run without sustaining injuries along the way.

Connor Hellebuyck is having a terrific season and he’s participated in multiple playoff seasons in net for the Jets. He can certainly steal a game for his team if required. With how stacked the Western Conference is, it will be tough for the Winnipeg Jets to run through the conference and get to the Stanley Cup Finals. However, I wouldn’t totally rule it out.

The potential problem I see is the defense going through a bit of decline having to experience the physical playoff grind. Perhaps you can take a small chance on Winnipeg to win the West and the Stanley Cup. There are worse bets you could make, but I would keep them to minimal sized wagers.