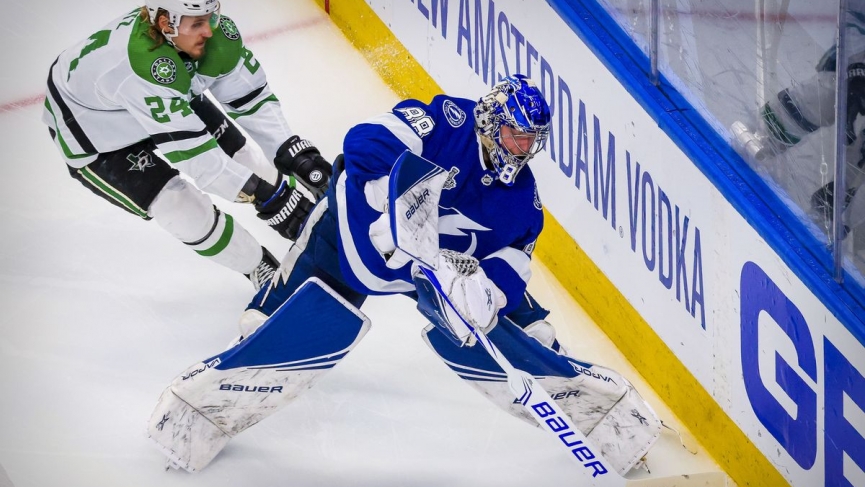 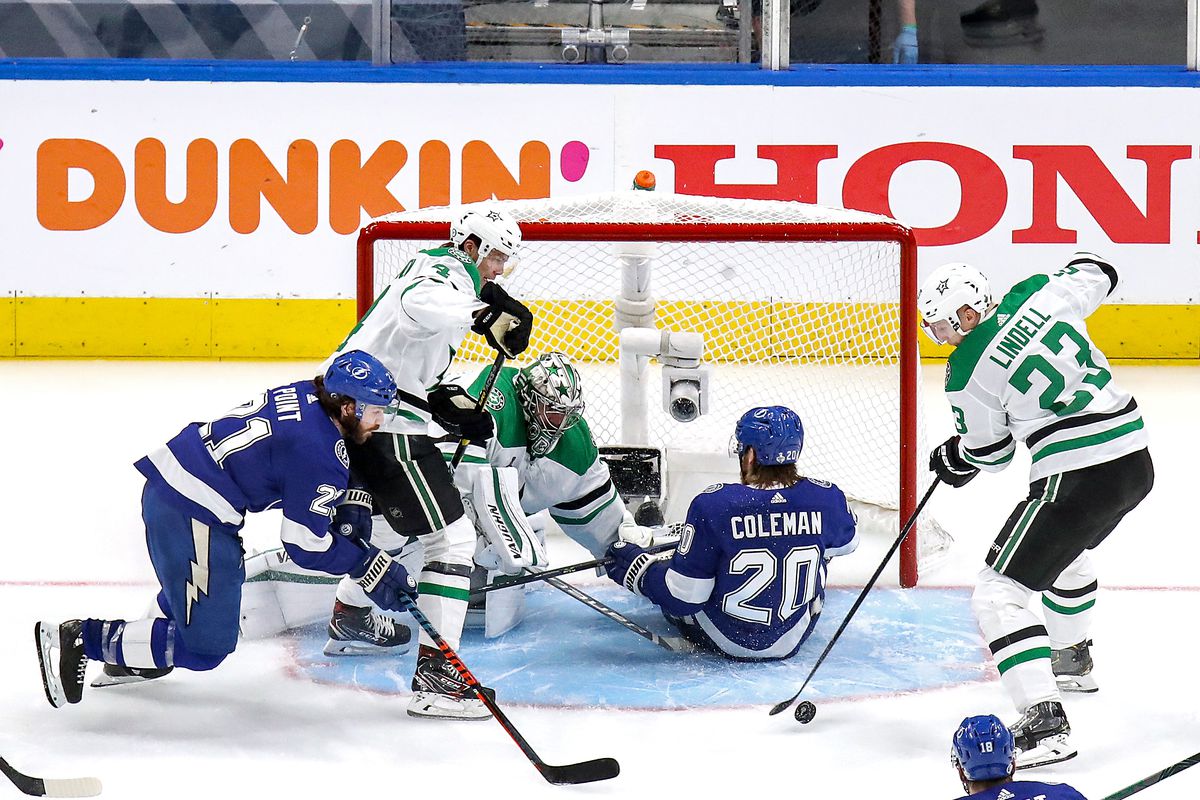 I cashed a pair of recommended wagers in Game 3 of the Stanley Cup Final on Wednesday night with the 1st Period, and full game Over in what turned into a comfortable 5-2 victory for the Tampa Bay Lightning to take a 2-1 lead in this series. The premise behind those two bets was my belief that the Lightning found something that worked for them offensively in Game 2 of this series, and this was the excerpt from my most recent article: “The Lightning finally broke down the Stars defense by thinking quicker, and moving the puck quicker. Many of the Tampa Bay goals came from a combination of player movement, puck movement, and a quick release in the offensive zone and that is the key to finding ways to beat a team playing the level of defense that Dallas has. The Stars can’t keep a team to the outside as much if the opponent is thinking the game quicker than them and moving the puck before the defenseman, and forwards can position themselves in the shooting lane to block the shot.”

We saw Tampa Bay score more goals like those ones in Game 3 as they capitalized on chances, and put far more pressure on the Dallas defense with precise, and crisp puck movement before the defense could get set. The power play, which came to life for Tampa Bay in Game 2 was strong again in Game 3 as they scored another key goal with the man advantage. The Lightning got a huge emotional boost with the return of their captain Steven Stamkos who had yet to play a single game since the NHL restart got underway in August. Stamkos finally felt good enough to make his bubble debut, and he made an immediate impact scoring the second goal for the Lightning early in the opening period to give them a 2-0 lead at that point on a bullet shot flying down the right-wing side of the ice. You can pretty much tell right then that Dallas was going to be facing an uphill battle in Game 3. However, that was about all we saw from Stamkos in Game 3 as he didn’t take a single shift for the final 46 minutes of the game with concern that he suffered another injury during the game. If it wasn’t that, Tampa Bay might have just decided to be extra cautious with him. The Lightning nor Stamkos didn’t say much about it after the game nor did they reveal his status for playing in Game 4 on Friday night. Tampa Bay kept the pressure on in the offensive zone throughout the final two periods eventually extending the lead to as much as 5-1 before the eventual 5-2 win. Tampa Bay outshot Dallas 21-4 in the second period and outscored the Stars 3-0 in that period, which is when they seized control of Game 3.

I mentioned the injury to Blake Comeau of the Dallas Stars in my Game 3 preview article. He didn’t play, and he was indeed as sorely missed by the Stars as I thought he would be. He isn’t an offensive force for Dallas, but he brings a ton of leadership, physicality, and very strong defense in each game. Comeau is one of the Stars’ best defensive forwards, and penalty killers. Without him in Game 3, we saw how much worse Dallas was at defending, and keeping the puck out of their own net. The Stars surrendered five goals–the most goals they’ve allowed in a playoff game since Game 5 of the second round against Colorado. There were significantly more defensive breakdowns, and miscues as well by the Stars in the Game 3 loss, and definitely, some of that can be attributed to the absence of Comeau. There is no indication on whether Comeau will return for Game 4, but if he is forced to miss a second straight game in this series due to injury, it could once again hamper the ability of the Stars to defend the Lightning who have three fantastic forward lines that are all capable of scoring.

Stars have lost their twinkle

There are many areas that Dallas has to clean up in order to get back in this series. The Stars need more from their top players, and big guns like Jamie Benn, Joe Pavelski, Alex Radulov, and especially Tyler Seguin who remains in a horrific scoring drought. Dallas also needs to stay out of the penalty box. The Stars were whistled for two penalties in the 1st period, and that immediately put them in some trouble continuing a disturbing trend of Dallas taking way too many penalties throughout the playoffs. It’s almost unfair to criticize Anton Khudobin for any reason because the Stars wouldn’t be here in the Stanley Cup Final without their goaltender who has been stellar in these playoffs, but he does need to be better than he was in Game 3 as he had one of his worst performances of the playoffs in between the pipes. He was chased from the net after yielding 5 goals on 29 shots in the first two periods and was replaced by Jake Oettinger.

Game 4: I am going to stick with the same two bets in Game 4 that worked well for me in Game 3. I will have two equal-sized wagers on Over 1.5 (+105) in the 1st Period, and Over 5 (-130) for the full game. Tampa Bay has found their offense averaging 4 goals per game in the last two games, and regardless of whether Stamkos plays or not, the Lightning have their top players all producing right now and finding the back of the net. Dallas could still be without Blake Comeau for this game, which is a major concern defensively for them. On the flip side, Dallas should be aggressive early in the game in terms of looking for their offense and trying to obtain the first goal of the game as the Stars are fully aware they have a better chance in this series when they play with the lead rather than chase the game from behind. None of their best players and top forwards played well or made much of an impact in Game 3, and I expect a step up effort from the top two lines of the Dallas Stars, and I look for them to find the back of the net as well.

The best price currently on the 1st Period Over 1.5 is at +115 via PointsBet, while the best price on the Over 5 is at -122 via BetAmerica