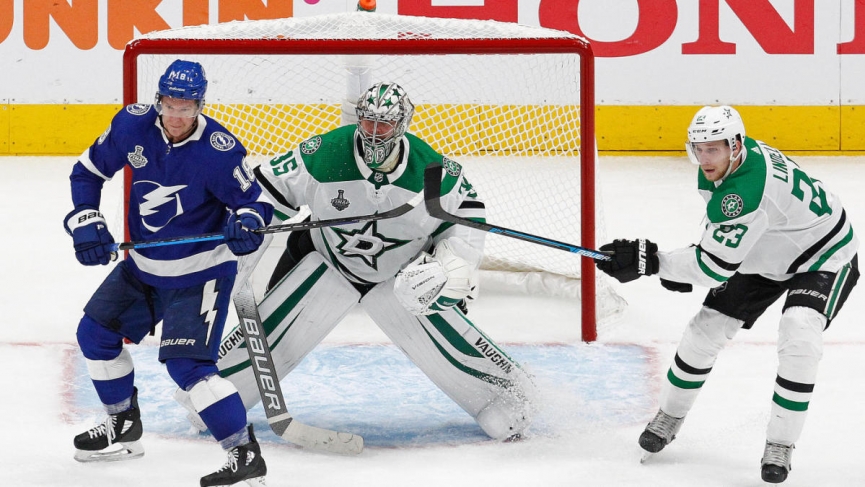 Odds.com’s Tampa Bay Lightning vs Dallas Stars Pick – Stanley Cup Final Game 3: The Lightning come into Game 3 of the Stanley Cup Final with an average total goals in their last four games of just 4. While the Stars are in the same boat with 4.5 total goals on average in their last four. With the feeling out process fading away in this series, will these games finally start to open up and give us the high scoring we’ve seen in previous series, or will the tight brand of hockey continue in Game 3? 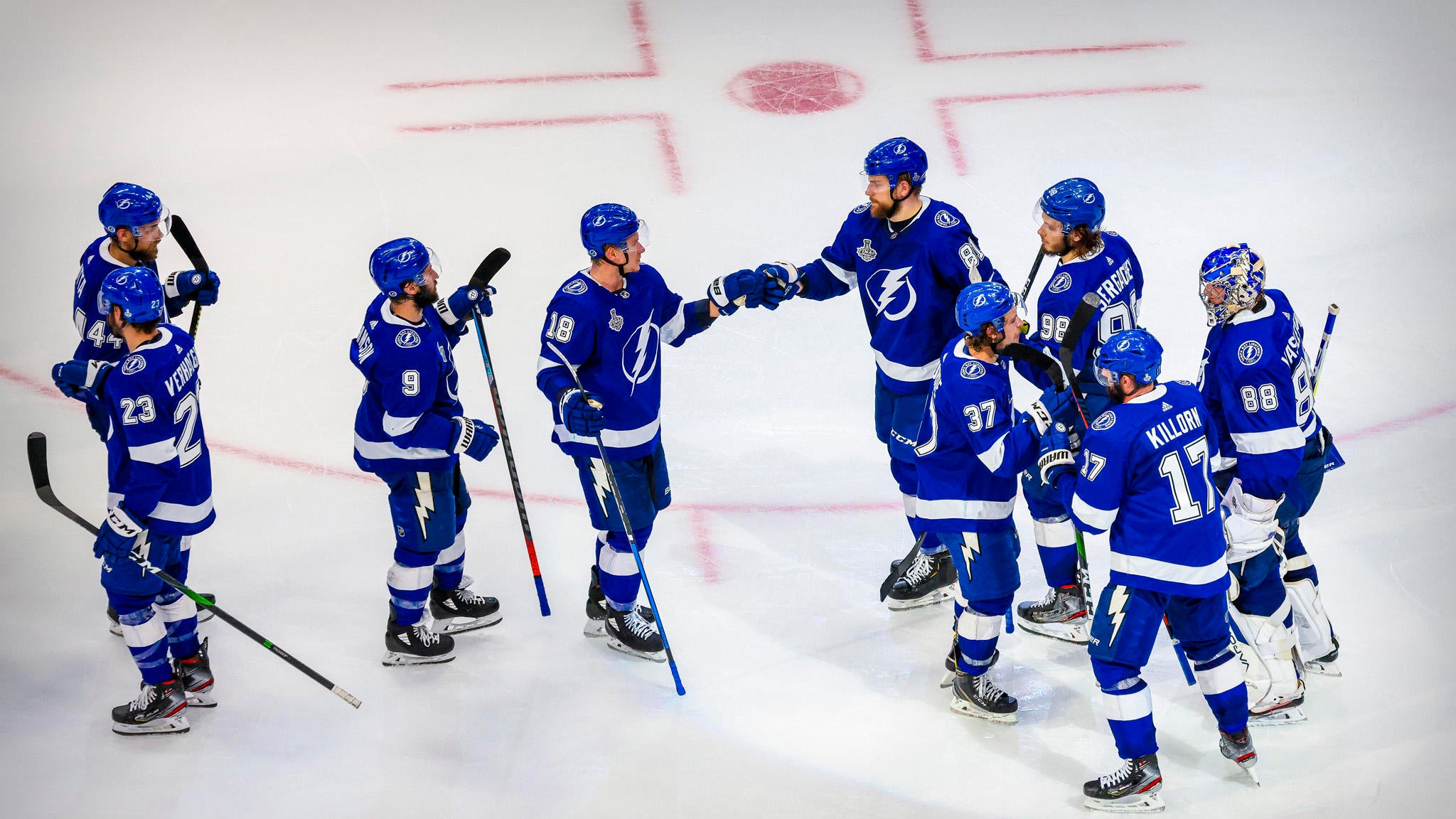 The Tampa Bay Lightning proved that the Dallas Stars seemingly impenetrable defense and goaltender Anton Khudobin were indeed human after all. For a change, the Stars were not the invincible and unbeatable forces in Game 2 that they’ve looked like so often in these Stanley Cup Playoffs. The Lightning struck early and often in the 1st Period scoring three goals including two of them on the power play to take a 3-0 lead after the 1st Period. They wouldn’t score again the rest of the game but it was enough as Tampa Bay held on for a 3-2 win in Game 2 to even up this series at 1-1.

It was the best players and big guns that led the way for Tampa Bay with the top line scoring two of those opening period goals as Brayden Point and Ondrej Palat found the back of the net while Ryan McDonagh scored the other goal. The Lightning finally broke down the Stars defense by thinking quicker and moving the puck quicker. Many of the Tampa Bay goals came from a combination of player movement, puck movement, and a quick release in the offensive zone and that is the key to finding ways to beat a team playing the level of defense that Dallas has. The Stars can’t keep a team to the outside as much if the opponent is thinking the game quicker than them and moving the puck before the defenseman and forwards can position themselves in the shooting lane to block the shot. That was the biggest difference from Game 1 for Tampa Bay. They were mentally sharp with their decision making with the puck and physically moved the puck around much faster before Dallas could really get in a proper defensive position in their own zone. That is the kind of mindset and mentality the Lightning need to have if they want to keep being able to produce offensively and ultimately win this series.

Dallas lost Game 2 but also lost Blake Comeau to injury. He is a bottom six forward that isn’t one of their big scoring weapons but he is an underrated forward that provides a very solid physical and defensive checking component to this team. Comeau is very solid away from the puck. He is sound defensively and plays on the Dallas Stars penalty kill routinely. He is questionable for Game 3 on Wednesday night and if he doesn’t play, it’s a big absence against a Tampa Bay squad that is very potent offensively with three lines that can find the back of the net and finally found some offensive mojo in Game 2. Dallas Stars head coach Rick Bowness knows how important Blake Comeau’s role is on this team: “He’s a big part of our club, the leadership, the compete, the penalty killing. He’s on that checking line. Losing him hurt us. There’s no question.”

Dallas was plagued by penalty trouble in Game 2 which put them in a bind early in the game especially with the Lightning capitalizing on those man-advantage opportunities by scoring the two 1st period power-play goals. They have been shorthanded 16 more times than Tampa Bay so far in the playoffs. Discipline and staying out of the penalty box is going to have to improve for the Stars if they hope to hoist the Stanley Cup above their heads at the end of this series. Whenever it’s been 5-on-5 hockey being played in this series, Dallas has shown the ability to dictate the play for extended stretches during the first two games of this series. The Stars have been able to generate scoring chances of their own at even strength and not just simply allow Tampa Bay to forecheck them relentlessly and keep them stuck in their own zone. However, Dallas is playing with fire if they keep on taking too many minor penalties.

Stanley Cup Game 3: Steven Stamkos made headlines on Monday morning prior to Game 2 when he took the morning skate with his team but he didn’t play in Game 2 and there is still no timetable on when or if he will return and play in this series for the Tampa Bay Lightning. Regardless of whether Stamkos plays or not here, I would expect Dallas to play better and I lean to the Stars a bit in Game 3. I haven’t bet it though and I may not because of the Comeau injury. If he doesn’t play, it would really take a bite out of the Stars’ ability from their forward group to defend the Lightning as he is one of the best defensive forwards. I will be betting the total in Game 3 and will be placing two separate wagers. I will be betting Over 1.5 in the 1st Period at +115 and Over 5 for the full game at -130. I think Tampa Bay may have found some success offensively in Game 2 with their quicker and better puck and player movement in the offensive zone that kept the Dallas Stars off balance defensively. I think they are capable of duplicating that in this game and possibly the rest of this series as well. On the flip side, Dallas has averaged exactly 4 goals per game throughout the Stanley Cup Playoffs in games following a playoff loss.