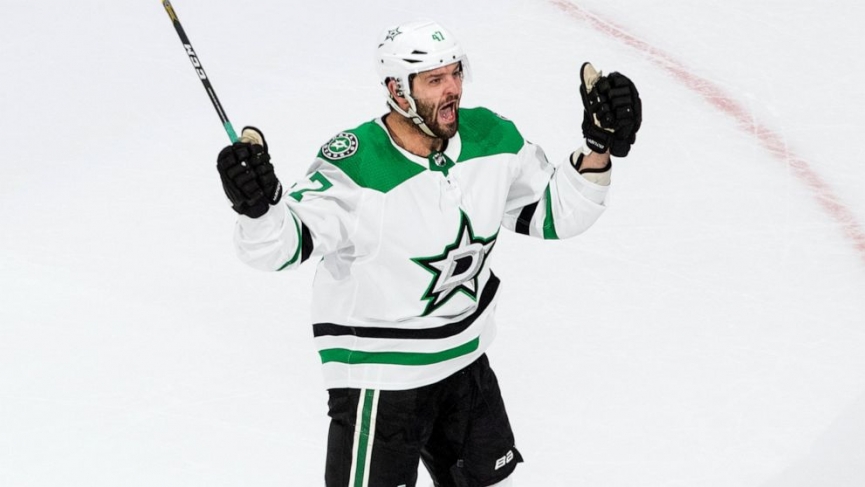 Odds.com’s Dallas Stars vs Tampa Bay Lightning Pick – Stanley Cup Final Game 1:  It’s a battle of styles as the Dallas Stars and their low scoring, tight defensive brand of hockey gets put to the test against the offensive juggernaut in the Tampa Bay Lightning. These two teams couldn’t be more different, and we break down their strengths and weakness, heading into Game 1 of the Stanley Cup Finals.

Before I look at Game 1 of this series, I will provide an overall series preview as the Dallas Stars and Tampa Bay Lightning prepare to do battle in the NHL Stanley Cup Final. Tampa Bay’s last Stanley Cup title came in 2004 and it was even longer than that for the Dallas Stars, winning their one and only Stanley Cup back in 1999 so the lengthy championship drought will end for one of these two teams.

The Dallas Stars rediscover their stripes

Dallas has found ways to win games throughout this postseason run in various ways. They have been one of the best and stingiest defensive teams in the NHL for the past couple of seasons in particular during the regular season. Things changed earlier in the Stanley Cup Playoffs when the Stars played a more wide open, higher-scoring brand of hockey in upending the Calgary Flames and the Colorado Avalanche in the first two rounds. Dallas picked up the offensive pace in those two series because of the fact both the Flames and Avalanche were somewhat compromised defensively and with their goaltending. Calgary had mediocre goaltending all season long and their defense was also inconsistent. Colorado had been pretty good defensively throughout the season but the Avalanche lost key personnel to injury early in Game 1 of that series against Dallas with defenseman Erik Johnson and #1 goalie Philipp Grubauer departing the series with injuries. That left Colorado much weaker on defense and Dallas exploited it by pushing more of an offensive-minded style of play that the Avalanche couldn’t contain.

Dallas played Vegas in the Western Conference Final and recognized the Golden Knights were very good offensively but much sturdier in terms of goal prevention at the defensive end of the ice as well. The Stars reverted back into the Stars we saw most of the regular season in the West Final resorting to a very tight-checking, collapse to the front of the net defensive mindset. Dallas allowed 3.5 goals per game against Calgary and Colorado combined but they gave up just 1.6 goals per game against Vegas. Dallas frustrated Vegas keeping most of their scoring chances to the outside while getting fantastic goaltending from Anton Khudobin.

The question is, how does Dallas go about trying to play against this Tampa Bay Lightning team here in the Stanley Cup Final? Dallas will stick with what worked against Vegas because of the fact Tampa Bay has even more offensive depth and explosiveness up and down their lineup than Vegas did. Dallas may not be willing to risk opening things up and trading chances with the Lightning which is a battle they probably can’t win. Look for Dallas to once again play conservative and focus on defense first and protecting the front of the net which worked quite well for them in the previous round.

Tampa Bay will be the ultimate test of the Dallas defense that worked so well for them against Vegas. The Lightning has balanced scoring throughout their lineup with three dynamic forward lines that can all contribute on offense. They have more game-breakers offensively than Vegas and will be a tougher team to match up with for the Stars in terms of who they put their top defensive pairing and checking line out on the ice against. Tampa Bay is averaging 3.3 goals per game here in the playoffs and six different players have double digits in points. 8 of Tampa Bay’s top 9 forwards have scored at least 3 goals in the playoffs. Defenseman Victor Hedman who has been a beast at both ends of the ice playing outstanding in his own zone but also being a massive offensive catalyst tied for the team lead in goals scored in the playoffs and a team-best +19 plus/minus rating.

Tampa Bay should win this series, but I’m not willing to lay the series price with them at -195 currently to win the Stanley Cup at Fanduel Sportsbook. I don’t expect this series to be a quick one or an easy one though for the Lightning. I envision this being a six-game series win for the Lightning similar to the way things went against the Islanders for them who played a similar style that the Stars are expected to play here in the Stanley Cup Final. Tampa Bay has more offensive depth than Dallas and they can match the Stars defensively as the Lightning has gotten terrific play from their blue line at both ends of the ice. Tampa Bay won’t mind playing in and winning lower scoring games if Dallas forces this series into that defensive style of play as the Lightning has won their share of 2-1 and 3-1 games throughout the playoffs.

I am not betting a side here in Game 1 but I am betting the total. We’ll likely see more low scoring games as the series progresses but I’m not convinced that will be the case in Game 1. Dallas was on point defensively throughout their series against Vegas but now have had a few extra days off and I can see that maybe lending to them losing some of that staunch defensive awareness especially as they prepare to face the best and deepest offensive team they’ve seen here in the playoffs. On the flip side, Tampa Bay is coming off an extended OT game on Thursday night in Game 6 of the East Final against the NY Islanders to clinch that series making this a shorter turnaround that could lead to some sloppy play and an uptick in defensive miscues by them as well.

Tampa Bay has had a pattern in their previous playoff rounds of the games being higher scoring early in the series and then becoming tighter and lower scoring as they progress. Games 1, 2, and 3 of the first three rounds for Tampa Bay had at least 5 total goals scored in them in seven of those nine games. I’m willing to go with a play on Over 5 here at -135 (via PointsBet)  in Game 1 of the Stanley Cup Final between the Stars and Lightning.