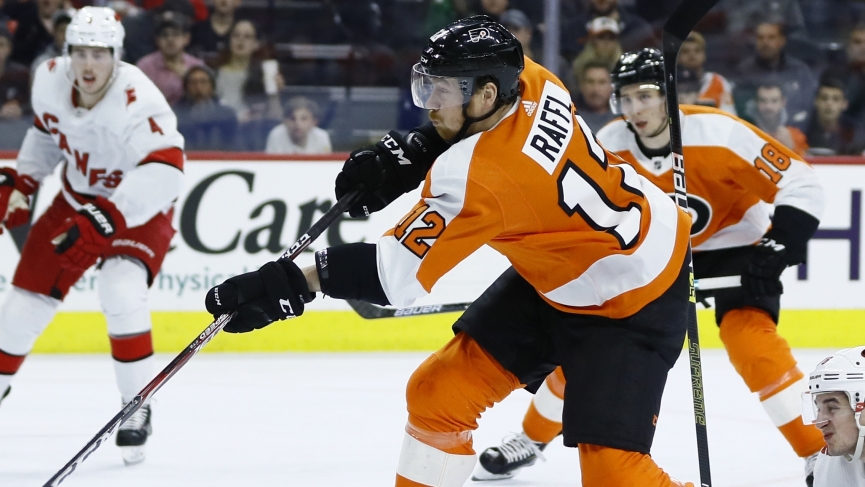 In today’s NHL Odds Fact or Fiction series, the Philadelphia Flyers odds to win the Stanley Cup at +800 will be looked at closely. Should the season resume at some point, do having the Flyers as part of your NHL picks futures a profitable decision?

Flyers Were Indeed “Flying” and so were their NHL Odds

No team in the NHL was hotter than the Philadelphia Flyers prior to the season shutdown. Philadelphia went on a monster run going 19-5 in their last 24 games to pull them not only into a playoff spot but also has them right back in the race for 1st place in the very tough Metro Division. Philadelphia has won games thanks to all facets of their game being sharp. 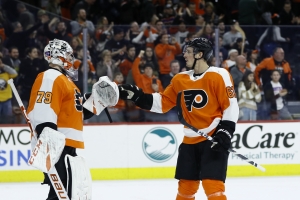 The Flyers have gotten offensive contributions up and down their lineup with impact production in particular from Claude Giroux, Sean Couturier, Jakub Voracek, and Travis Konecny leading the way but their attention to detail defensively has been equally impressive. Philadelphia is a Top 10 scoring and Top 10 defensive team in the NHL and they lead the entire league in fewest shots on goal allowed per game. The Flyers didn’t rely on special teams to win games like some teams have to and their even strength 5-on-5 play was as strong as any team in the NHL since the start of the calendar year. The improved blue line has played an integral role in the Flyers improvement and not many defensemen have seen a bigger uptick in his personal performance in the NHL than Ivan Provorov who has been a pillar of strength for the Philly defense. The Flyers goalie of the future Carter Hart has shown legitimate consistency for the first time in his young career during the last two months playing very well in net after displaying only flashes of brilliance in the past giving credence to the narrative that Hart has the chance to be the best goaltender for the Flyers franchise since Ron Hextall in the 1990s.

A Halt To The Season & Halt To Momentum? Did Covid-19 Halt Their Betting Odds Value Too?

Just as no team was playing better than the Philadelphia Flyers in early March when the season was stopped, no team was likely as disappointed to see the season postponed. The break-in action put a significant stop to the incredible momentum the Flyers had and there is absolutely concern that if and when the season resumes, Philly may not be able to get back that momentum and level of play they had at the time of the season being stopped. That’s the bad news and potential concern for Philadelphia. The good news is that James Van Riemsdyk would be able to return for the team if the season resumes. He had been out of action due to a finger injury but would be ready to go in May and beyond for a potential resumption of the season.

I preface this by saying the Philadelphia Flyers futures odds to win the Stanley Cup has taken a hit as their terrific streak took place and they are now 8-to-1 in many locales to win it all but even at the deflated price, this is a team I can absolutely get behind and recommend as an NFL Pick to win the Stanley Cup. The Flyers have shown an ability to win games playing any style of hockey. They have won high scoring and low scoring games and have shown they can play good offensive and defensive hockey at the same time. With that combination working for them plus Carter Hart looking more and more like the true answer to the Flyers multiple decade search for a viable and capable #1 goaltender, Philadelphia is a legitimate threat in the Eastern Conference playoff picture.