Eagles Betting : Can Eagles Soar Into The Super Bowl 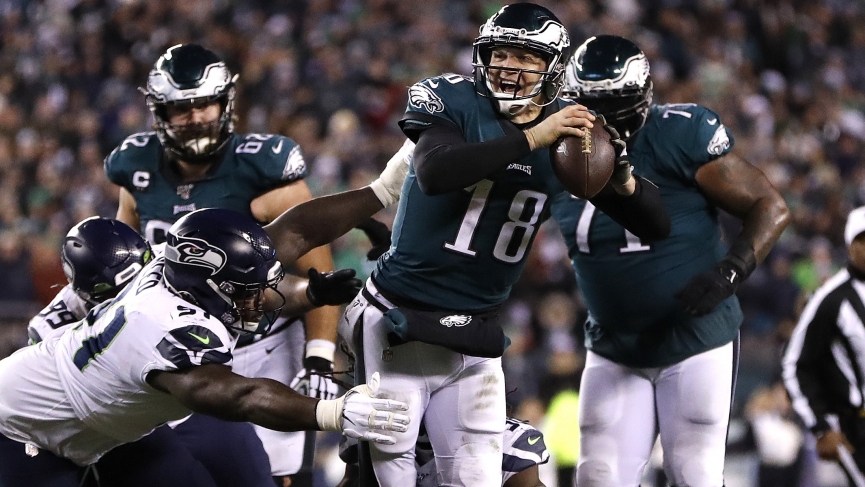 The Eagles have advanced to the playoffs the past three years and while each postseason run was different, one thing remained the same at the end: Carson Wentz was not on the field. Injuries have plagued Philly’s signal-caller throughout his NFL career but as the Eagles demonstrated in 2017, they can win a Super Bowl without their franchise quarterback calling plays in the huddle.

But everyone in the City of Brotherly Love knows that with a healthy Wentz, their NFL odds of winning a Super Bowl are higher (currently set at 19 to 1). That’s why management signed him to a monster four-year, $128 million contract extension last year, ensuring his services through 2024. But keeping Wentz on the field is just one of many obstacles this team will have to overcome if they plan on raising the Lombardi Trophy again.

If recent history teaches us anything 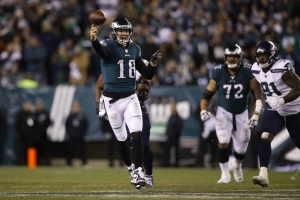 The Eagles had big expectations heading into last season but stumbled out of the gate and opened to a 5-7 start. With a good mix of aging stars and some fresh blood, they managed to turn things around and actually finished atop of the dismal NFC East with a 9-7 record. Then they lost, at home, in the first round of the playoffs to the Seahawks. Whoomp, whoomp.

The good news: Philly is coming off an NFC East title. And the bad news: No team has repeated in that division in the past 15 years! You’ll have to go back to when the Eagles held a four-year reign in the early 2000’s. So if recent history teaches us anything, Wentz and Co. may have to orchestrate a 2020 playoff run possibly as a wild card. Opening the postseason away from the Linc in what is shaping up to be a stout NFC this year could be a tall order, indeed.

Wentz is the guy in Philly, right? I mean he’s got that huge contract. Then what the hell happened in the second round of the 2020 NFL Draft? The selection of quarterback Jalen Hurts, out of Oklahoma, was all the sizzle on Day 2 of the draft because at first glance, it really looks like an odd fit for the Eagles’ offense. But this is a copycat league and Philly was definitely watching what New Orleans did last year with veteran Drew Brees and Taysom Hill, the spark plug rookie who came in and dazzled from time to time. Any notion that there is a quarterback controversy in Philly is plain silly. Wentz just needs to hold up his recent pay stub to guarantee his job security. But the possibility of seeing both Wentz and Hurts on the field at the same time in 2020 looks to be a pretty fair bet.

The draft also brought some other gifts in the form of third-round linebacker Davion Taylor (Colorado), a former track star, who is a freakish athlete. First-round receiver Jalen Reagor (TCU) will have an immediate impact on the offense. Especially with aging wideouts Alshon Jeffery and DeSean Jackson still in the mix. During the draft, the Eagles also landed receiver Marquise Goodwin in a trade with the 49ers to add another speed dimension and another set of hands for Wentz to take aim at.

On the defensive side of things, the Eagles added corners Darius Slay and Nickel Robey-Coleman, immediately boosting their secondary after the surprising departure of locker room general Malcolm Jenkins. This could help shore up some issues as the team was ranked No. 19 in the league against the pass in 2019. The addition of DT Javon Hargrave from Pittsburgh will only help build the power up front as Philly held opponents to 90.1 rushing yards a game last season, which ranked third in the league.

Oddsmakers seem to be projecting the Eagles for a similar amount of success as they had last year, which wasn’t much. Lucky for them, they still play in a division currently in the dumps. If everything falls into place, they essentially just have to beat the Cowboys to make it back to the playoffs. There are point spreads and money lines available for all 16 of their regular season matchups, and they’re favored in nine.

Philly is favored to go 2-0 against both the Washington Redskins and New York Giants — no surprise there — while the odds have them splitting the series with Dallas. The Eagles are 3-point favorites for their home game against the Cowboys, but a 3-point underdog on the road, suggesting these two NFC East are heading into 2020 at about even strength.

A fourth straight trip to the postseason would rival Philly’s 5-year consecutive playoff run that started in the 2000 season. During that stretch, the Eagles were never bounced in the first game like what happened last season. After a solid draft where they added more weapons for Wentz, the division is theirs for the taking. If he stays healthy and the NFC title has to come through Philadelphia, then I like Wentz and the Eagles stunning the league with their second Super Bowl title in four years.