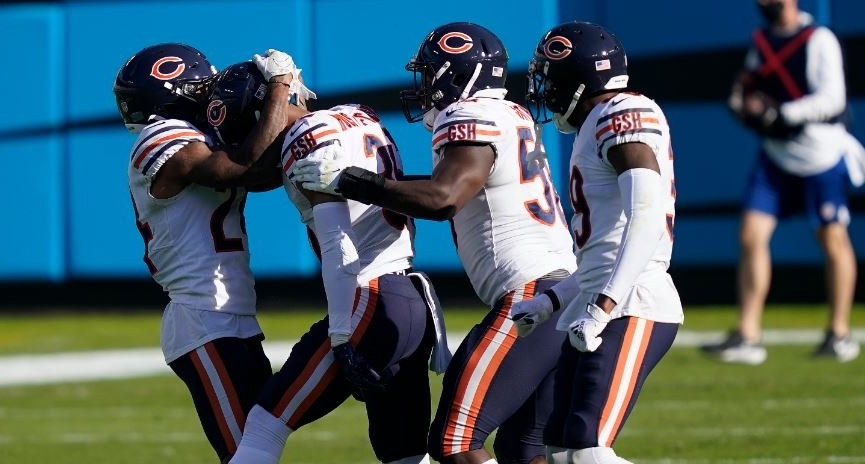 Odds.com’s Chicago Bears vs LA Rams Pick – NFL Week 7: The 5-1 Chicago Bears travel to SoFi stadium in Los Angeles to take on the 4-2 Rams on Monday Night Football. Chicago is both 4-2 ATS and to the ‘under.’ The Los Angeles Rams are 3-3 ATS and 4-2 to the under. Note both teams are riding three-game ‘under’ the total streaks.

How good are the Rams?

The Los Angeles Rams four wins this year have all come against the NFC East widely viewed as the worst division in Football. The four teams in that division have a combined record of 5-18-1 entering week 7 and only two of those wins came against teams outside of their division. In their other two games, the Rams were getting blown out by the Bills 28-3 and trailed 24-9 against an injury-riddled San Francisco team. The final score looked better when the Rams scored a late touchdown.

Chicago 5-1 start and their offense

Chicago started the season 3-0 needing just 17 points to beat the Giants. They needed and got 4th quarter rallies to erase a 17 point deficit against Detroit and a 16 point deficit against Atlanta. Note Detroit ranks a league-average 17th and Atlanta ranks 31st in opponent yards per pass attempt thus making comebacks against these teams was possible.

Chicago has been unable to establish the run in any game this season. They are led by running back David Montgomery whose best game came in week two when he rushed for 84 yards. Chicago as a team ranks 25th in yards per rush attempt averaging 3.9 yards. Statistically, the rest of their offense doesn’t rank much better averaging 4.8 yards per play and 5.6 yards per pass attempt which both rank 29th in the NFL.

Being one dimensional won’t work against a stout Rams defense. The Rams rank number one in opponent yards per pass attempt giving up 5.9 yards per attempt and 4th in yards per play giving up 5 yards per play. Also, the Rams have a ferocious pass rush led by two time defensive player of the year Aaron Donald. They rank 5th in the NFL in sacks per game getting to the quarterback 3.3 times per game.

The Rams red-zone offense hasn’t been great converting 60.87% of their trips into touchdowns which is just 22nd in the NFL. The Chicago Bears have the NFL’s best red-zone defense allowing opponents to convert just 36.36% of their trips into touchdowns. This has best been illustrated over the past three weeks against Indianapolis, Tampa Bay, and Carolina as those three teams have combined to score just 3 touchdowns compared to 11 field goals against Chicago’s defense.

The best current price on the Under is at 45 (-111) via BetAmerica: Chicago offensively has done just enough in recent weeks to win games and have been aided by a defense that refuses to give up touchdowns. The Rams have an elite defense as well and a capable offense that tends to settle for field goals. These teams have met in each of the past two seasons. If you add up the scores, for both teams, in both games, you get a total of 45 points. The total for this contest sits at 45 which is too high considering both teams’ defenses and recent history. Take the ‘under.’