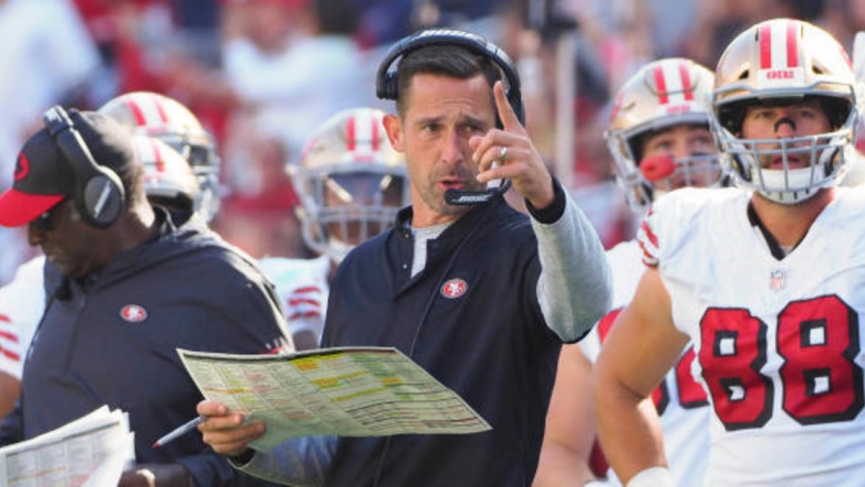 Odds.com’s LA Rams vs San Francisco 49ers Pick – NFL Week 6: The Niners are 5-1 ATS in their last 6 as a dog and 6-2 ATS against a team with a winning record. They host their NFC West rivals in the LA Rams on Sunday Night Football in week 6.

The San Francisco 49ers are coming off a pitiful 43-17 home loss installed as eight-point favorites to the Miami Dolphins. They trailed 30-7 at the half in one of the more embarrassing defeats for the celebrated franchise. The 34-point loss to the spread marked the fifth-worst against-the-spread (ATS) loss since 1990 and the worst ATS loss since Week 5 of the 2009 season, where the 49ers lost 45-10 at home lined as one-point favorites to the Atlanta Falcons.

What Happens Next After a Bad Loss?

The 49ers had a horrific loss at home, but what matters most is learning how teams have responded from such bad beat-downs. The Betting public fell in love with the Los Angeles Rams after their impressive 30-10 road win over the Washington Football Team and tossed the lowly 49ers to the curb. The betting line for this game opened with the 49ers installed as 3-point home favorites, and the line has seen a swift line reversal to the Rams favored by 3.5 points.

Last season, the 49ers put themselves in the same situation they find themselves now. In Week 16 of the 2019 season, they defeated the Rams 34-31 but failed to cover the spread as 6.5-point home favorites. In Week 15, the 49ers played poorly in a 29-22 home loss installed as 10-point favorites to the Atlanta Falcons.

Injuries Cause Big Problems for the 49ers

The 49ers injury report includes 20 players on the 49ers roster and has been a challenging circumstance for the coaches to navigate. Defensive end Nick Bosa was a huge loss when he had season-ended surgery to repair an ACL. Cornerback Richard Sherman is on the Injured reserve list recovering from a calf injury suffered in the first game of the season.

The Rams are a healthy team by NFL standards, with only eight players listed in the injury report. The report shows 6-of-8 players on injured reserve and two players listed as questionable and is a significant edge to the Rams in this game.

The Bounce Back First Half System

The theme of this narrative has been a search to find facts that illustrate how teams perform after suffering a poor loss in their last game. This first-half betting line system underscores the bounce-back effect of teams in this situation. The system has earned a 44-16 ATS record, good for 74% winning bets since 2010.

There are three requirements for this system:

Take the Niners +3 (+100 via  FoxBet) as a Best Bet: Bet the San Francisco 49ers and graciously accept the points. The machine learning models show hard evidence that the 49ers will have their ground attack in full gear. The 49ers will gain a minimum of 165 rushing yards and accumulate a minimum of 6.8 yards-per-play.

In past home games in which the 49ers net or exceeded these performance measures saw them earn a perfect 10-0 SU record winning the game by an average of 11 points and post a near-perfect 9-1 ATS mark for 90% winning bets that covered the spread by an average 17 points.