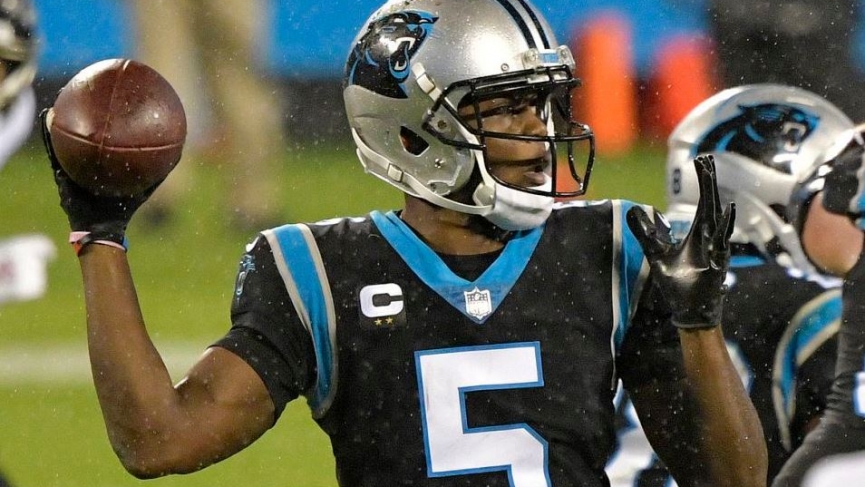 Carolina Panthers vs Green Bay Packers Pick – NFL Week 15 Predictions: Since making his first NFL start in September of 2014, Teddy Bridgewater has an ATS record of 34-13 for a 72% win rate. Bridgewater and the Carolina Panthers head into Lambeau riding a 7-1 ATS streak as the underdog and are a perfect 5-0 in their last five games as the road underdog. The Panthers look to spoil the Packers hold on the NFC top seed on Saturday in Titletown.

Carolina defensively allowed quarterback Drew Lock to have his best game of the year last week, which included allowing him to average over 10 yards per pass attempt and throw for four touchdowns. Green Bay quarterback and MVP candidate Aaron Rodgers should dissect the Carolina secondary. He ranks 3rd in yards, 4th in yards per pass attempt, 1st with 39 touchdowns and just four interceptions.

He also ranks first in adjusted QBR and passer rating. Rodgers should have little problems locating pro-bowl receiver Davante Adams who is the only receiver in the NFL, averaging over 100 yards per game. He is tied for first with 14 touchdowns and is 4th in receptions with 91 despite missing two games with an injury. Note Green Bay leads the NFL converting 77.08 of their red-zone drives into touchdowns, and they tend to get off to fast starts leading the NFL with 18.3 points per game in the first half.

Quarterback Teddy Bridgewater has led a Carolina offense that ranks 9th in yards per play, averaging 5.8 yards. It has been a good showing considering he is on a new team, with a rookie head coach, having no preseason, and not having his best playmaker Christian McCaffrey for most of the year. Carolina will get wide receiver D.J. Moore back this week.

He missed last week’s game due to Covid-19 but was taken off the Covid list on Wednesday. Moore leads the Panthers in yards per game, yards per reception, and receiving touchdowns. The Carolina offense is going up against a Green Bay defense that ranks league average in opponent yards per play and yards per pass attempt.

Carolina has lost just two games this year by more than one possession, and both games came against Tampa Bay. Record wise; they faced the top team in the AFC in Kansas City and the second-best team in the NFC, New Orleans. They were a touchdown or more underdogs in each game and managed to cover both, losing them both by a combined 5 points. They, therefore, showcased some ability to step up in class.

Last week Green Bay was a 9.5 point favorite against Detroit. Green Bay only punted twice, did not turn the ball over, scored 31 points yet, failed to cover thanks to a late Detroit field goal to get them within the number. In this point spread range, I could only look toward Carolina +8, considering Carolina has only lost two games by more than eight and took both New Orleans and Kansas City down to the wire.

I would also lean ‘over’ 51.5 for the total, as Carolina coach Matt Rhule is likely to be very aggressive. Against Kansas City, he went for it on 4th down three times, including trying a fake punt and converted all three. Whether Carolina is as successful, this time remains to be seen, but this certainly won’t be a field position game.