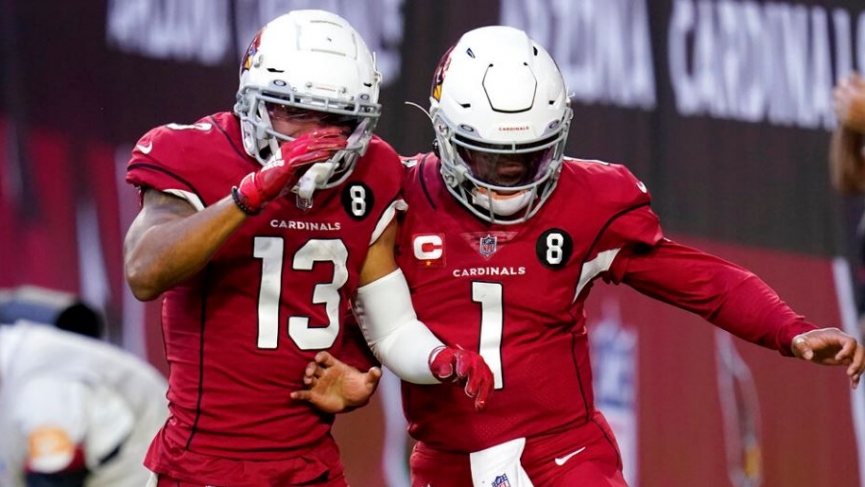 Arizona Cardinals vs Seattle Seahawks Pick – NFL Week 11: Seattle and Arizona meet in a battle for first place in the AFC West. Seattle started the season 5-0 but have since lost 3 of 4. The first of those losses came to Arizona in a game where Arizona rallied from 10 points down to win in overtime 37-34.

WEEK 11 MATCH-UP
Arizona
Seattle
Opening ATS Line
+5.5 (-110)
-5.5 (-110)
Total
Over 57 (-110)
Under 57 (-110)
Where/When
CenturyLink Field
Thur. Nov 19th, 8:20 PM ET
Quarterback Russell Wilson had been playing at an MVP level to start the year but in Seattle’s recent three losses, he has thrown 5 touchdowns and 7 interceptions compared to a 23/3 touchdown/interception ratio in the wins. Despite his recent struggles, Seattle still owns a top-five offense in terms of yards per play and yards per pass attempt. The Seahawks also own the number one Red-zone offense scoring touchdowns on 81.25% of their red-zone drives.

They are going against a stingy Arizona defense that is giving up touchdowns on just 51.61% of red-zone drives which ranks third in the NFL. Statistically, Arizona’s defense ranks 15th in opponent yards per play and 9th in yards per pass attempt. The one issue for Arizona is injuries as they have had countless injuries to their defensive line and last week they lost defensive tackle, Corey Peters, for the season. Other defensive line members that will miss this game include Leki Fotu, Rashard Lawrence, and Jordan Phillips.

The one bright side for the Cardinals defense is that key members of their secondary such as corner Dre Kirkpatrick and safety Budda Baker were both listed as full participants in practice and did not carry an injury designation on the Wednesday injury report. They should therefore be considered healthy after playing through injuries in recent weeks.

Arizona, after beating Seattle had their bye week, missed a last-second game-tying field goal against Miami in week nine and last week got a Hail Mary touchdown to beat Buffalo. Arizona also has a top-five offense in terms of yards per play and the number one rushing offense averaging 5.3 yards per rush attempt. Arizona is led by quarterback Kyler Murray who leads NFL quarterbacks in rushing with 604 yards and he has scored a rushing touchdown in five straight contests.

Offseason acquisition wide receiver DeAndre Hopkins is second in the NFL in both receptions and yards. Hopkins caught 10 passes for 103 yards in the first meeting and that success should continue Thursday as Seattle is allowing 7.9 yards per pass attempt which ranks 28th in the NFL. Also, neither cornerback Shaquill Griffin or Quinton Dunbar will play for Seattle due to injuries.

Seattle being a 3-point favorite makes this a tough call because I don’t trust a young Arizona team after a win on a Hail Mary and having already beaten Seattle. That said, trusting Seattle’s defense is unappealing. I’d lean Seattle because they are looking for revenge and because they’ve lost two straight thus I’d expect their best effort. Yes, Seattle has some injuries in their secondary but that unit has been terrible all year. I consider the cluster injuries to the Arizona defensive line to be the bigger concern. The first meeting saw 71 points and you have injuries on both defense thus I understand the idea that this will just be another high-scoring game. I however would lean ‘under’ 57.5 or better, because both offenses can possess the ball and they both might utilize a ball-control offense to preserve their injured defenses.