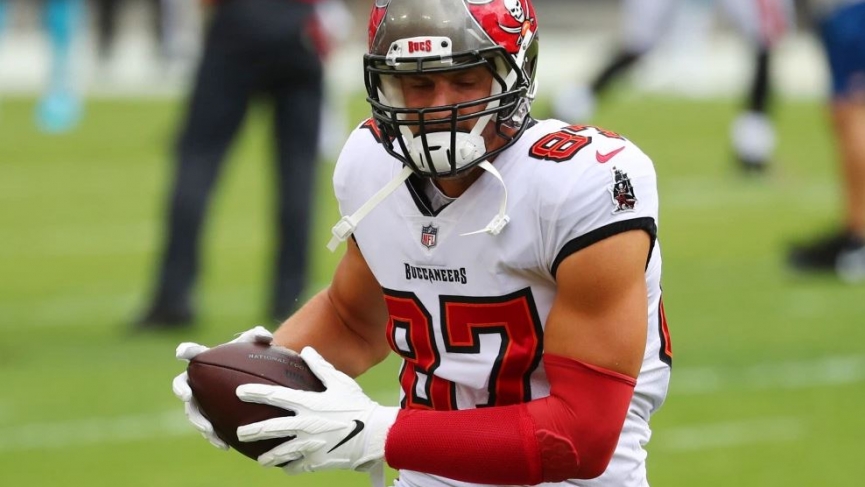 Mike Evans leads his team in receiving yards with 514, targets with 63, and receptions with 40. He averages 51.4 receiving yards per game and has 8 touchdowns in the 10 games he’s played in this season. Over his last 3 games, his receiving yards have steadily increased scoring 2 touchdowns in that span. Evans is a big play maker and the Rams have some very good cornerbacks. Brady will have to look to his play makers in this one to gain some yards on this defense. There should be good value on Evans getting in the endzone.

Rob Gronkowski is 4th on his team in receiving yards with 374, but 2nd on his team in targets with 49, and 3rd in receptions with 29. He averages 37.4 receiving yards per game and has 4 touchdowns in the 10 games he’s played in. Over his last 5 games, he has received for more than 40 yards in 4 of his last 5 games including 1 touchdown in each of those 4. Gronkowski always has good value to get in the endzone as he is a big body that can win 50/50 balls and has a great rapport with Brady.

Keep it locked to Odds.com for all of your NFL betting needs for Week 11. The best current odds can be found at our NFL Odds Page. Stay tuned for plenty more Weekly NFL Picks throughout the season.