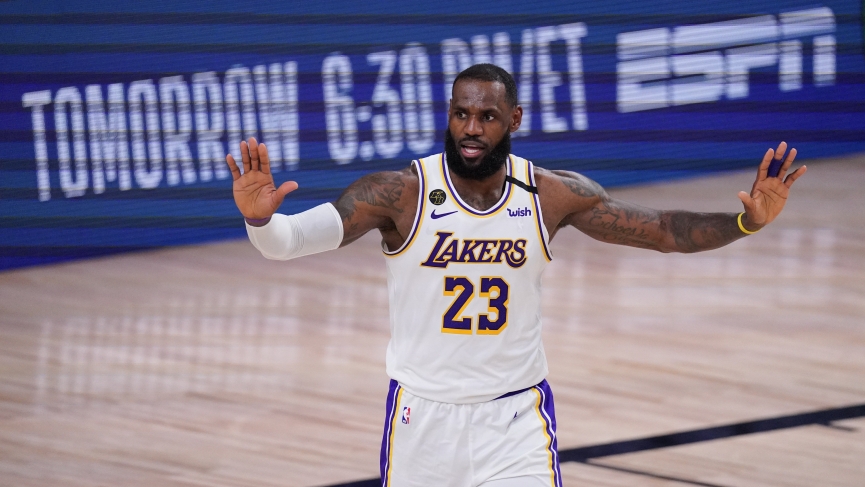 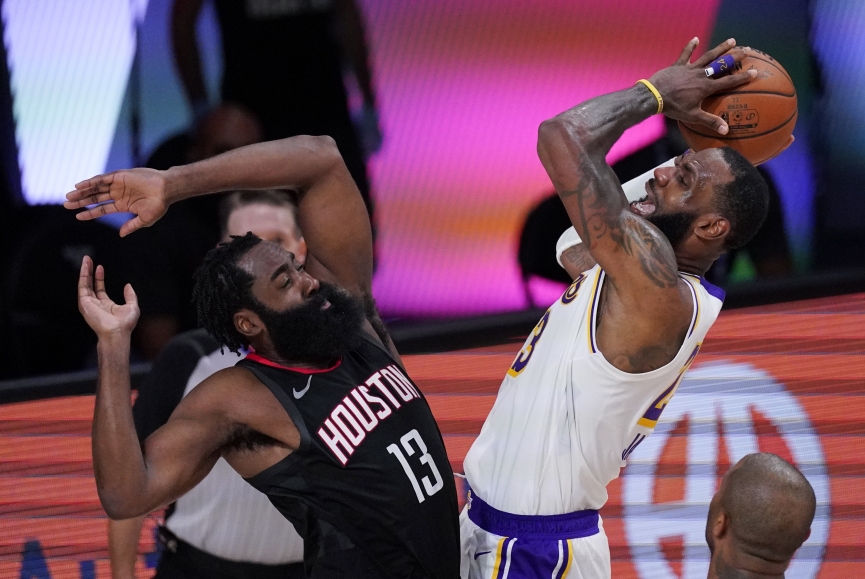 That’s precisely what happened to the Houston Rockets in both Game 2 and Game 3 of this series against the season open title favorite, Los Angeles Lakers. With the loss, the Rockets turned a 1-0 series lead into a 2-1 series deficit as the Rockets prepare for a pivotal Game 4 encounter on Thursday night. Trailing 92-90 entering the 4th Quarter in Game 2, the Lakers held the Rockets to just 2-for-8 shooting and forced two turnovers during a 14-4 run to begin the quarter and regain control of the game. The score was tied 82-82 going to the 4th Quarter of Game 3 and again it was LA going on a massive 17-5 run to completely turn the game in their favor. You can chalk up one dominant 4th Quarter in a playoff series perhaps as just a coincidence but with the LA Lakers not dominating Houston in the final quarter in two straight games, it has me thinking this might be turning into some sort of pattern and one the Rockets may not be able to reverse.

Despite winning the series in 5 games. The Lakers struggled against the Trailblazers in the 4th quarter of games, partly due to the fact that some of the games were out of reach by that point. Thus, Lebron James and other starters were taken off the court early into the final frame. It seemed as though the Lakers 4th quarter woes would continue, after dropping the 4th quarter in game 1 vs Houston. However, the Lakers have managed to win the final frame in their last two games vs the Rockets. Pushing their current 4Q ATS record vs the Rockets to 2-1.

For a change, Russell Westbrook was the “Best” brook in Game 3…
Not many players have been criticized for struggles lately in the NBA Playoffs more than Houston Rockets point guard Russell Westbrook who finally had a terrific performance in Game 3 despite the loss for Houston as he piled up 30 points with 8 rebounds and 6 assists. Most importantly, he had only 3 turnovers and those had been plaguing him in a big way in the handful of games he’s played since his return from injury in the first round against Oklahoma City.

All that being said about the improved play from Westbrook in Game 3. It still wasn’t enough to pick up the win, which has to be very alarming and disconcerting for the Rockets. Houston’s defense evaporated in the second half of Game 3, while the Lakers ended up shooting a blistering 43-for-78 55% from the field as a team. Including some clutch baskets made by sources other than LeBron James and Anthony Davis. Kyle Kuzma contributed 14 points. While Rajon Rondo had a fantastic shooting night, stepping up in a big way for the Lakers. Rondo finished with 21 points on 8-for-11 shooting, including 3-for-5 from the perimeter.

Rockets outrebounded by the Lakers 43-30 in Game 3

Houston got absolutely demolished on the glass in Game 3 which I was worried about coming into this series given the massive size and length advantages the Lakers in theory should enjoy in the low post. It came to fruition the other night. The Lakers held a dominant 43-30 rebounding edge over the Rockets, +13 on the boards in Game 3 and those multiple second chance possessions ultimately came back to bite Houston when it was all said and done. Harden and Westbrook had 63 points combined and it was still a SU and ATS loss for the Rockets at the end of the night in Game 3.

Houston losing each of the last two games in the fashion they have is telling because, in both games, they were outplayed at both ends of the floor by the LA Lakers at closing time AKA the 4th Quarter. They couldn’t have gotten much more out of either James Harden or Russell Westbrook collectively than they did in Game 3 and they still came up short on the scoreboard. That’s a red flag for Houston for the rest of this series if I ever saw one. The loss of the rebounding battle by a significant margin along with a defense that is regressing and going up against a Lakers defense that is tightening the screws and playing their best when it matters most has me concerned the Rockets may have their season ended sooner rather than later by the Lakers.

At the current number, it’s hard to go against LA. If you take away game 1 of each series, the Lakers are 6-0, going 5-1 ATS in those 6 games. The Lakers were coming off extended layoffs in both games, which could have been a factor in their overall lack of performance to start both series.  That is a track record that I will not be in a rush to bet against. Until I see tangible evidence that Houston can step up and play better in the 4th Qtr. Something they haven’t displayed in this series. They were up comfortably throughout Game 1 so they didn’t have to worry about 4th Quarter execution. However, in Game 2 ad Game 3, the Rockets did have to step up big at crunch time and they failed on both counts.

Lean: Lakers ATS
I don’t love this game from a side perspective but if I had to bet it, I would look to the LA Lakers -5 (best odds-109 via BetAmerica) as I just don’t have as much faith and confidence right now in Houston’s late-game execution. I also think Under 220.5 is a good way to go with the total in this game as the LA defense continues to put on elite performances especially later in the game and the Under is 5-1 in Houston’s last six playoff games.