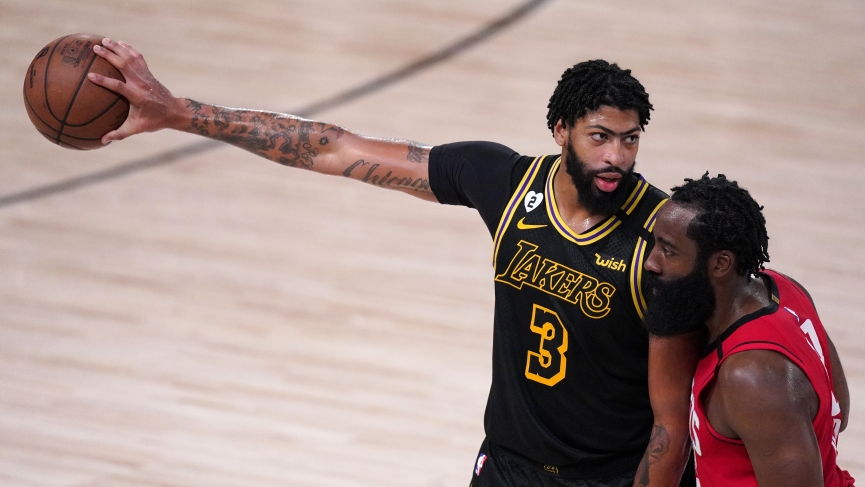 Let’s get into my LA Lakers vs Houston Rockets Prediction. The Houston Rockets won game 1, while the Lakers took game 2 and we now head into game 3 tied at one game apiece. The Rockets took Game 1 by a score of 112-97. Some people are saying Houston only won game 1 because of the time the Lakers had off in between series.

The Lakers did bounce back in game 2, winning 117-109. Anthony Davis and Lebron James carried the Lakers to victory. Davis scored 34 points in 36 minutes of play and James scored 28 points in 39 minutes. If the Lakers want to win game 3, Lebron and Davis are going to have to do the same thing again in this one.

The Lakers know if they want to win this game, they are going to have to play some defense. The Rockets are playing small ball and they have a ton of shooters who can shoot from anywhere on the court. The good thing about the Lakers is their 3 point defense. They play the pick and roll very well and know when to switch off their player.

The Lakers defense is ranked #7 when it comes to 3 point percentage per game. Their defense also ranks #2 in rebounds per game, so even if Houston does get off some good shots, if they miss them the Lakers will not be giving Houston and second chances. The Lakers dominate the Rockets on the boards so with the Lakers applying pressure and contesting all of their shots, the Lakers shouldn’t have a problem keeping Houston to UNDER 105 points this game.

On the other side of the ball, we have the Houston Rockets offense. They have not been playing well at the playoffs. They are ranked #2 on offense when it comes to points per game at 117.8, but they haven’t scored over 118 points since game 1 of the first round when they won 123-108.

The Rockets offense is having trouble, but they aren’t letting that stop them from winning. Instead, they are playing better defense. If you can’t win a game by scoring, then you need to play better defense and that’s exactly what the Rockets are doing. The one thing that is killing Houston the most, is their turnovers. If they can limit their turnovers, they can stop giving the Lakers so many free points. Westbrook is not looking like himself, but I expect that to change today. He knows if they want to win this game, they are going to have to play flawlessly and the turnovers just can’t happen.

We also have RLM (reverse line movement) on this total and I love to follow that factor. The total for this game opened up at 224. The public is hammering the OVER, yet the line has dropped a point and a half to 222.5. Well if the public loves the OVER at a 224, why would Vegas make the line even better for them at 222.5? It’s because Vegas and RSP are on the same side and we are going to hammer the UNDER in this game. Below are a couple of trends I like for this game.

Under is 6-2 in Lakers last 8 games following an ATS win.

Under is 11-4 in Lakers last 15 games following a straight-up win.

Under is 12-5 in Lakers last 17 after scoring 100 points or more in their previous game.

Under is 9-1 in Rockets last 10 home games vs. a team with a winning road record.

Under is 10-2 in Rockets last 12 after allowing 100 points or more in their previous game.

Under is 4-1 in Rockets last 5 when their opponent allows 100 points or more in their previous game.

Under is 4-1 in Rockets last 5 when their opponent scores 100 points or more in their previous game.

Under is 4-1 in Rockets last 5 after scoring 100 points or more in their previous game.

Under is 4-1 in Rockets last 5 Tuesday games.

Under is 10-3 in Rockets last 13 games following a straight-up loss.

Under is 6-2 in Rockets last 8 games as an underdog.

Under is 8-3 in Rockets last 11 playoff games as an underdog.

So for this game, RSP is taking the Los Angeles Lakers/Houston Rockets UNDER 222.5 at FoxBet for Tuesday, September 8th, 2020! We are 5-0 our L/5 Article plays, let’s keep it going today!