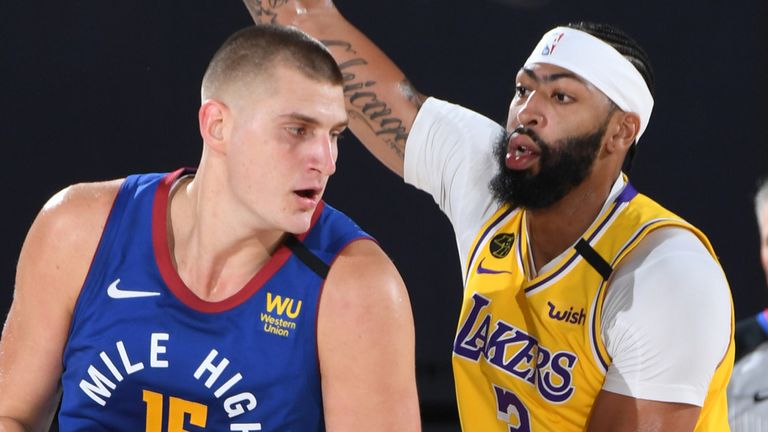 Odds.com’s Denver Nuggets vs Los Angeles Lakers Pick – Game 2 West Finals: The Lakers are 7-4 to the Under, and while the Nuggets started off the playoffs trending towards the Over. Denver has gone Under the total or pushed in eight of their last nine games in the NBA playoff bubble. We head to Game 2 of the West Finals to see if the Nuggets can show any signs of life, against what looked like a dominant LA Lakers team, destined for an NBA championship.

Message Sent: “We aren’t the Clippers”

The Los Angeles Lakers basically told the Denver Nuggets loudly and emphatically “we aren’t the Clippers” with their impressive and dominating 126-114 Game 1 victory. There was a strong belief on my part that the Denver Nuggets playing well and taking that series away from the LA Clippers in the second round wasn’t featured in the narrative anywhere close to the talking points regarding how the Clippers blew that series and didn’t play well and it should have been. Unfortunately, there wasn’t much of a carryover into Game 1 against the LA Lakers for Denver. Even in the familiar spot of trailing at Halftime like they were multiple times against the LA Clippers, the Nuggets couldn’t muster that same comeback magic in Game 1 against the Lakers as they did in three straight games against the Clippers. While I think it’s totally wrong to dismiss the Denver Nuggets and their chances in this series this early, I need to address the fact there are some matchup situations going against them.

Nikola Jokic has been a beast in the playoffs and a big part of getting Denver to the Western Conference Final. We saw him get tormented and guarded with ferocity from start to finish by the low post behemoth trio of Anthony Davis, Dwight Howard, and Javale McGee of the Lakers in Game 1. Throwing multiple bodies at Jokic wears him down and we saw him get fatigued and lacking that same energy and pop as the game progressed. The tenacious interior defense playing on Jokic also got him in some serious foul trouble and the game really shifted in LA’s favor at that point in Game 1. Anthony Davis was incredible and if they get that version of AD in this series, it’s hard to envision the Nuggets getting past the Lakers. Davis had 37 points and 10 rebounds as he was excellent offensively, altered shots with his size and length defensively, and attacked the glass as well throughout the game. When Anthony Davis plays a complete floor game like that, the Lakers are taken to another level. “Playoff Rondo” is starting to look like a real thing as Rajon Rondo once again played a very strong game in the playoffs which is nothing new or different for him. Rondo had just 7 points but most importantly had 9 assists and did a terrific job facilitating the Lakers offense, making the right play, and finding his open teammates.

Give Us A Break Ref

The Denver Nuggets especially head coach Michael Malone were not impressed with the foul disparity in Game 1. The LA Lakers had 32 free throw attempts on Friday night compared to just 13 trips to the free-throw line for the Nuggets. Denver players and Malone all made remarks about the massive difference in fouls between the two teams in Game 1 and usually when that happens, we see a tighter whistle being called in the next game on the team that got way more of the calls in the previous game. The foul problems for Denver made an impact on the minutes that their best players were on the court. Jokic only played a little over 25 minutes in Game 1 while Jamal Murray only played for 28 minutes. I would expect the fouls to even out quite a bit here tonight in Game 2 after the Nuggets felt they hot the short end of the stick in terms of the officiating in Game 1 of this series.

Maybe this is a sign of my stubbornness sometimes as a bettor but I am not willing to just say this series is over after just one game. Denver was bad and LA was very good but there were a lot of things going in the Lakers favor. They got most of the calls as I mentioned above that placed several key Nuggets players in early foul trouble on Friday night totally changing the flow of the game. They got unexpected and unlikely to duplicate themselves offensive performances in particular from Kentavious Caldwell-Pope and Dwight Howard who combined for 31 points in Game 1 especially with the Nuggets likely to focus on a better defensive performance tonight.

We’ve seen Denver make good adjustments in recent playoff games after a bad performance as well. A big reason why the LA Clippers are no longer playing is that Michael Malone flat out got the better of Doc Rivers from a coaching and adjustments standpoint in that series. I think he can do the same here against Frank Vogel of the LA Lakers who I am convinced is having the success he’s having with the LA Lakers this season because he has two of the top five players in the league playing for him as opposed to him being an elite head coach. It’s surely worth recalling that Denver lost Game 1 against the LA Clippers coming off their seven-game series with Utah in the first round and they bounced back strong winning outright as underdogs in Game 2. They are capable of a much better game here. Now a much better game from Denver may not be enough to win Game 2 because I think this is a tougher matchup for the Nuggets against the Lakers but I do believe it is enough to be competitive and hang within +7.5 points here. I’m backing Denver +7.5 tonight in Game 2. The best current price on the Nuggets ATS is at +8 (-111) via BetAmerica