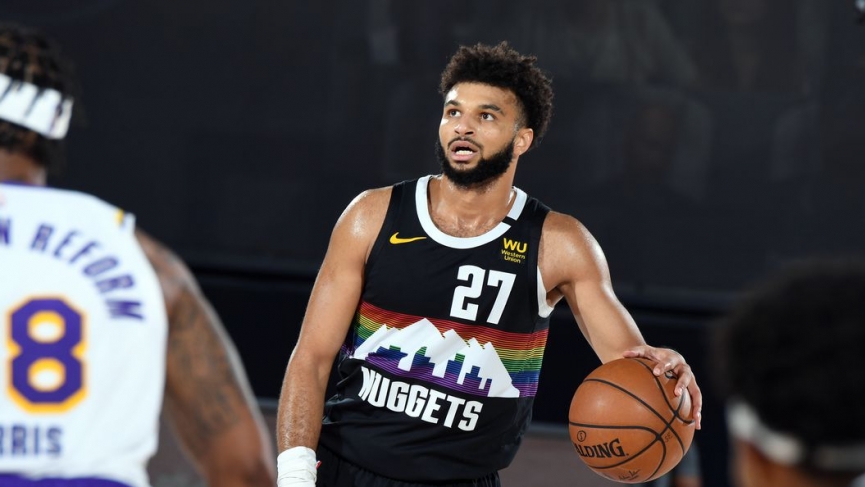 LA Lakers vs Denver Nuggets Playoff Trends: The Lakers/Nuggets series has gone a perfect 4-0 to the 1H Over so far, with an average score of 117.5 in the first half of the first four games of this series. While the experts projected the Nuggets to slow the pace down vs the Lakers, Denver has had a ton of success pushing the pace from the tip-off. Will it be much of the same for Game 5?

Fade the Lakers in Garbage Time

The Lakers have failed to cover the spread in the final frame of the ball game in all but two of their playoff games so far. This is not exactly an indictment on team performance, but more of a situational trend that can be exploited in the upcoming series against Denver. The Lakers have either been so far ahead in games, that they end up sitting their starters and conceding the quarter for much-needed rest. Either that or in the case of both game 1’s vs Portland and Houston. The Lakers let the game get away from them, emptied their bench, and lived to fight on another day. It is a unique handicap that is strictly situational, but flat betting against the Lakers ATS in the 4Q has garnered a 10-4 record in the 2020 playoffs.

A similar game situation trend that’s correlated to the 4Q ATS trend, is the 4Q Under. The Lakers are 9-4 to the 4Q Under so far in the playoffs, averaging 23.6 points in the final frame of their last three games. With an average combined point total in that span of 52.6. With the effort level going down in the majority of these 4th quarters, we’re seeing slower pace and longer possessions. This is another trend where it is worth considering a flat bet in this series on the 4th quarter Under.

Slow Rolling Denver Trends to Over in 1H

As for the Nuggets, Denver has been known all season as being a very slow-paced team. Averaging less than 100 possessions per game, and 102.6 possessions per game in their last three games. However, the Nuggets have still managed to come out to high scoring starts, going 13-5 to the 1H Over in their 15 playoff games. Over the first 4 games of this series, the Nuggets have put up 56.7 points on average in their first half, while allowing an average of 60.7. The Nuggets and Lakers have averaged a total of 117.3. With the 1st half total for Game 5 currently sitting at around 110, it looks like a very solid angle to continue betting the 1H Over in this series.

The Nuggets have been a klondike discovery for NBA bettors in the 2020 playoffs. With a 9-9 record on the ML, the Nuggets have profited +8.99u, making them the second most profitable NBA team on the money line remaining in the playoffs, only behind the 12-2 Miami Heat. If you’ve gone this far with Denver, you may as well keep betting them, as it would take more than 9 losses for them to become unprofitable, and are only capable of losing 1 more in this series before being eliminated. It’s house money with the Nuggets ML in the West Final.

The glaring trend that can be noticed between these two teams in the playoffs is that the Lakers have failed to cover the spread in 4th quarters, while the Nuggets have been quite decent at it, with an 11-6-1 (4Q) ATS record. As mentioned, there are many factors that could lead to the underdog covering the spread in what could very well be ‘garbage time’. However, a win is a win. In Game 1, the Nuggets once again pulled away in the 4th, simply because the game was pretty much out of reach, and the Lakers once again decided to rest their top guys, allowing Denver back into the game. The same situation occurred in game 2, as the Lakers allowed the Nuggets back into the game in the final frame, only to lose on a buzzer-beater three-pointer made by Anthony Davis. In game 3, the Lakers found themselves trailing, and managed to start the quarter on a 23-8 run, giving the Lakers their first 4th quarter ATS cover of this series. This ‘4th quarter Lakers fade’ is a trend worth riding for the remainder of this series, as games will either be decided in the 4th quarter or will have already been decided by then. It’s a win/win backing the Nuggets in the final frame.