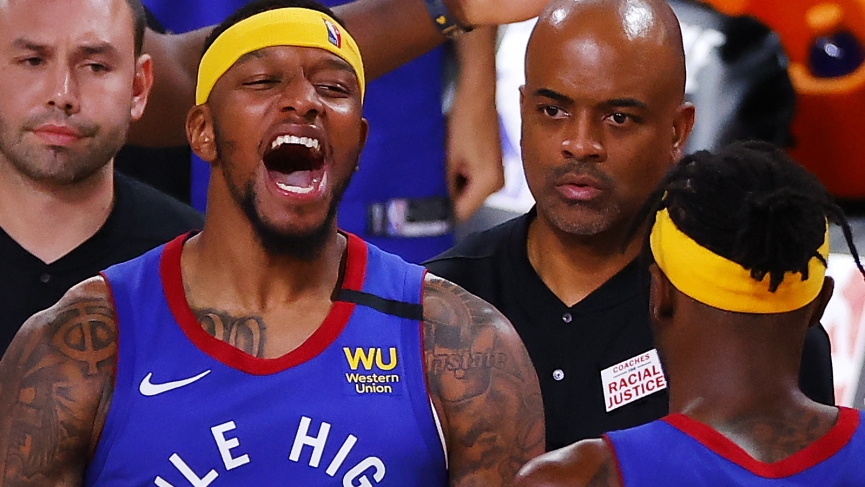 Today we will look at my Denver Nuggets vs LA Lakers pick. The LA Lakers with a win last Monday night against the Utah Jazz clinched the #1 seed in the Western Conference. Since then, they’ve played three games and they’ve gone 0-3 SU and ATS in those games losing against Oklahoma City, Houston, and Indiana. 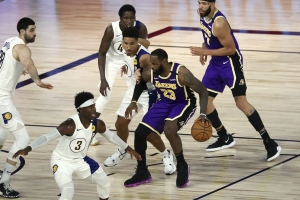 The Lakers lost two of those games outright as favorites. This is not a team I am in any sort of hurry to lay points with at this stage of the season as the LA Lakers clinch has clearly led to an LA Lakers coast through the final few games of this regular season restart in Orlando. The LA Lakers are also dealing with several of their players nursing bumps and bruises.

None of them are of the severe variety as in a long-term injury but LeBron James, Anthony Davis, Alex Caruso, Dwight Howard, Markieff Morris, and Danny Green are all nursing minor injuries of various types at the moment. They all are expected to play tonight but minutes restrictions could be on tap for them due to those minor ailments. LA will be without Kentavious Caldwell-Pope for this game as he has an ankle injury and the Lakers also remain without both Avery Bradley and Rajon Rondo.

Meanwhile, Denver tries to “clip” the other LA team

The Denver Nuggets are still alive for the #2 seed in the West just a game back of the LA Clippers for that position so there is something seeding wise to still aim for with the Nuggets. I have been impressed with the effort and compete level for Denver despite missing so many key players and starters throughout the regular season restart in Orlando. Will Barton and Gary Harris alone will miss their sixth straight game due to injuries tonight but we have seen plenty of others pick up the slack and help this Denver squad to a solid 3-1 SU and ATS record in their last four games with the only loss during that span coming to the red hot, surging Portland Trail Blazers on a back-to-back spot for the Nuggets.

Jamal Murray made his return in Saturday’s Double OT win for Denver against Utah and should be even better and stronger tonight after getting a game under his belt. Nikola Jokic has played very well for Denver and the emergence of Michael Porter Jr. has been noticeable as the former Missouri Tigers star has registered 23+ points in four consecutive games for the Nuggets. The entire team has scored 115+ points in four straight games as well and to be honest, their offensive synchronicity has been more prevalent than it has been for the LA Lakers who are still in “working out the kinks” mode as they try to adjust and fine-tune their offensive flow and rhythm for the upcoming playoffs.

The LA Lakers have clearly put it on full display in the last few games since clinching the #1 seed in the West that winning is of no urgent priority to them right now in the remainder of the regular season. Several Lakers players are nursing nagging injuries and they are not a team I trust laying points given the current situation they are in. LA and Denver played each other three times earlier this season and only one of those games featured a Lakers win by more than this point spread. I cashed a ticket on Saturday here at Odds.com with Denver and I’ll go back to the well with the Nuggets again tonight plus the points to be right in this game with a shot at the outright win.