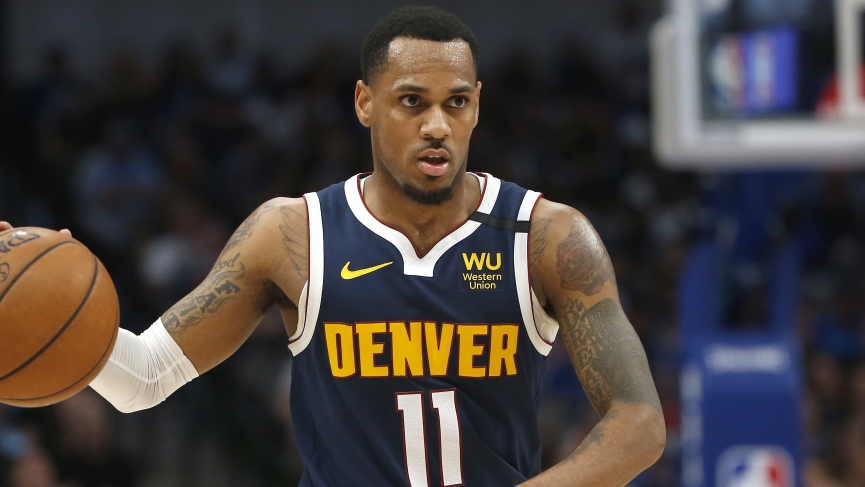 Before the COVID-19 outbreak that suspended the 2019-2020 NBA season indefinitely, the Denver Nuggets were 43-22 – good enough for the No. 3 seed in the Western Conference, and 1.5 games behind the Los Angeles Clippers for the No. 2 seed. If the regular season ended today, the Nuggets would face the No. 6 seed Houston Rockets led by James Harden and Russell Westbrook.
When looking at the NBA picks for the Western Conference playoff picture, it’s hard to imagine the Nuggets making a run to the NBA Finals – let alone winning a first-round series against the Rockets. After the All-Star break, Denver wasn’t playing the best basketball. Plus, if these new NBA rules have all the playoff teams playing in one location, the Nuggets advantage of playing at home in the high altitude will be completely wiped off the map.

What Has Gone Right for the Nuggets This Season?

It’s a rare feat nowadays to have one player lead a team in the three major categories, but that is exactly what Nikola Jokic has done this season. The Joker is averaging 20.2 points, 10.2 rebounds, and 6.9 assists per game. In fact, he’s also third in the NBA with 12 triple doubles – two behind the leader, Luka Doncic (14), and one behind LeBron James in second (12). 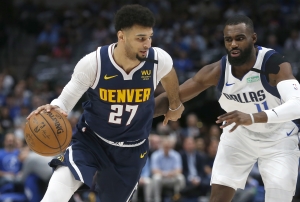 Jamal Murray has really formed into a fine NBA player, running the point for one of the league’s best teams. In order to get this team to the next level, he will need to distribute the ball more efficiently and not let Denver’s big man be the leader in assists. Murray has proven to be a fantastic scorer but there’s certainly more to this whole “point guard” thing.
On a lot of other teams, Will Barton would have a much larger role. For most of his career, Barton has come off the bench as one of the league’s finest players in that regard. This season, he is averaging 15.1 points and 6.3 rebounds per game – the latter of which is second-best on the team.
Capping it off for Denver is the trio of Paul Millsap, Jerami Grant, and Gary Harris that really make this teamwork well. All three guys aren’t necessarily having a career-best season, but they have learned to fit into newer roles and still help where needed.

NBA Picks: Why the Nuggets Won’t See a Championship This Season?

Oddly enough, the Nuggets collection of talent is partly what is holding them back – but not in the way you think. Jokic, Murray, and Barton are all capable of single-handedly leading a team to victory. However, none of the three are legitimate superstars. Sure, you can make the argument for Jokic but what has he ever won in this league? To have that type of conflict for crunch time, it’s more of a confusing endeavor more than anything.
Perhaps, that’s part of the reason why the Nuggets were playing at the second-slowest pace in the NBA this season. And this isn’t a newer problem – Denver even played at the fourth-slowest pace the year before that. When you have a bunch of talent on the same roster, you definitely want to keep the offense moving and have the other team guessing every step of the way. If the Nuggets want to get better offensively, they had better move that ass up and down the court.

Realistically, the Nuggets might be able to win one playoff series. However, they’ll need to get matched up against the Oklahoma City Thunder in order to do so. If you’re looking for Denver to win the NBA title, that’s a bet that just seems too good to be true. After all, they’ll be going up against some of the best teams in order to make it that far. For the final prediction, I’m calling a first-round exit for the Nuggets.