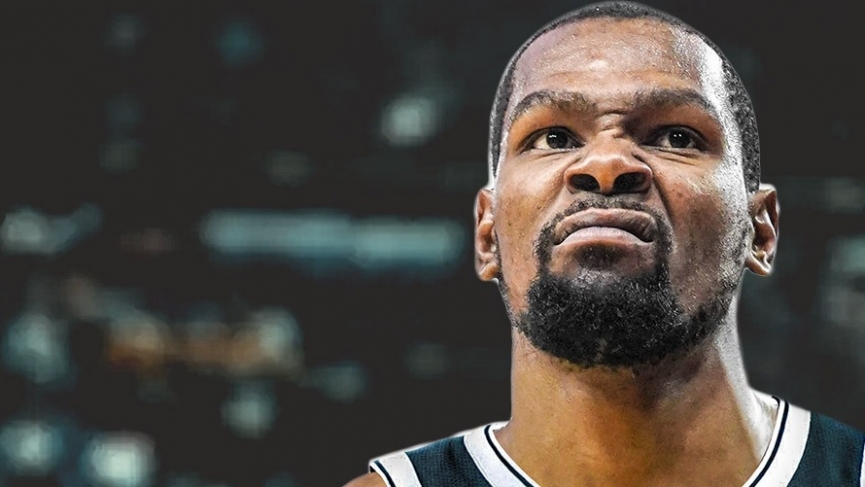 Sports bettors thought they had a potential sharp advantage in the NBA futures market last week, but that advantage was eliminated when Kevin Durant sat down with ESPN’s The Undefeated last Friday. In the interview, Kevin Durant ruled himself out for the remainder of the 2019-20 season. That’s bad news for bettor’s holding an NBA futures ticket on the Brooklyn Nets.

Once the COVID-19 outbreak suspended the season of every major sports league in America, people started thinking about all the possibilities, and how those possibilities would effect teams in said leagues. Among those teams were the Brooklyn Nets. Nets backers wanted to know how the suspension of the season would alter the time table of Kevin Durant’s return.

As a member of the Golden State Warriors, K.D. endured a dangerous Achilles injury during the NBA Finals last year. It was one of the reasons that Brooklyn was able to sign him in the first place. Every team in the league knew if they signed Durant, this season was a total wash. He would make a ridiculous amount of money to sit on the bench all year and rehab for a 2020-21 return. 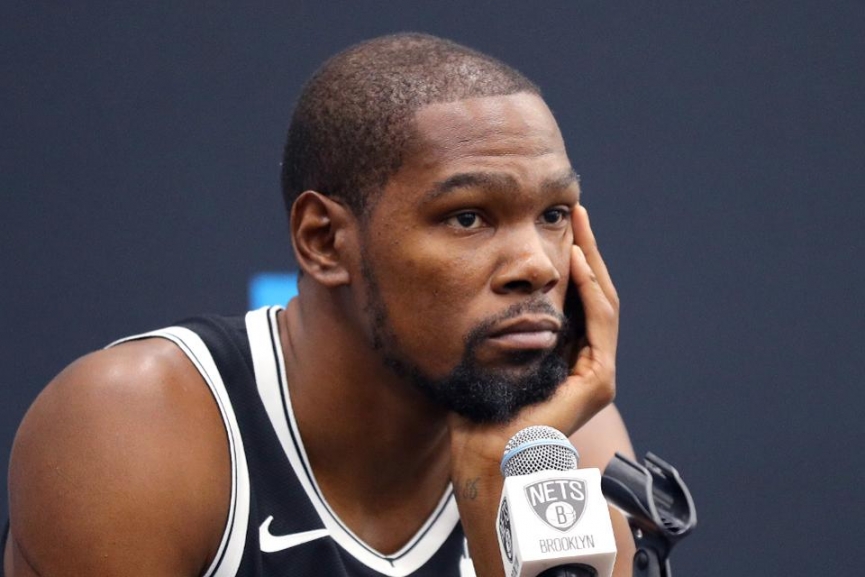 When the COVID-19 suspension happened it became plausible that if it was long enough, Durant might have a shot at returning this season for the NBA Playoff run. The betting market and the bookmakers took that possibility serious. 8 days ago the Brooklyn Nets were 60-1 to win the NBA Championship.

60-1 with a roster that was missing Kevin Durant and Kyrie Irving due to injury. 60-1 when the best active player on the roster was Spencer Dinwiddie and his 20 points per game. If we are being fair, that line was absurd. The Nets were not a team that should have been taken seriously this season. If I was setting that line regardless if Durant was coming back or not, it would have been a 100-1 at best. In my opinion, anyone that was taking a piece of the Nets at 60-1 to win the chip should have donated the money to ‘Good Will’.

One day later Kevin Durant tells ESPN that he won’t return this year and the odds almost triple. FanDuel hung the Brooklyn Nets at 160-1 to win the chip. Today, DraftKings currently has the Brooklyn Nets NBA Championship futures line set at 300-1. In the span of 8 days the bookmakers multiplied the payout 5 times should the Nets run the table, and win it all. If you need any evidence on how NBA superstars dramatically affect the NBA betting market, what happened to the Nets the last eight days is your case study. The NBA Championship market is not the only market that currently boasts big numbers on the Brooklyn Nets. DraftKings has the Nets at 100-1 in the Eastern Conference Championship market. They are tied for the 2nd longest shot on the board, aside from the Washington Wizards who are on the board at 150-1.

Here is the sad part. It means nothing to me. I understand that professional bettors worry about the value not the teams. That is why everyone in this industry quotes the same line, “Bettors bet the teams, and professionals bet the number.” That is a true statement 99% of the time. However, the other aspect of the argument is it doesn’t matter what the payout is when you are placing a losing bet. The Brooklyn Nets have zero chance to win the NBA title. Real bettor’s don’t deal in absolutes. That’s why professionals don’t deal in hyperbole. We don’t talk about bets that are ‘locks’ and ‘automatic’. Nothing is automatic, and every team has a chance.

Do you think the Nets can beat the likes of the Bucks, Lakers, and Clippers? I don’t. While the fact that you can get the Nets at 5 times the value from a week ago is appealing, it’s still not appealing enough for me to take a chance on them. If the Durant news doesn’t outweigh the newly found value on the Nets, than you know what to do. Take the shot at 300-1.

In the end, it’s still a pass for this sports bettor.