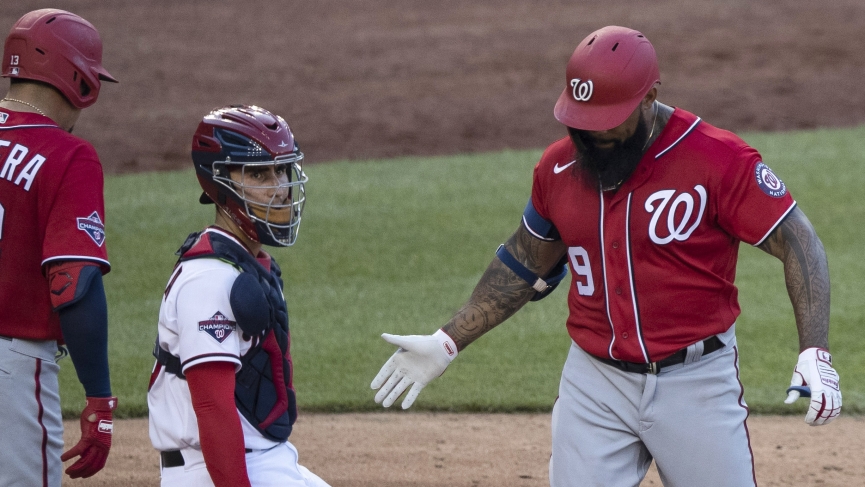 Count me among those who have enjoyed watching replays of great baseball games the past few months. But after what has seemed an interminable wait, we’re about to have baseball in real-time, and the schedule-makers have given us an incredible matchup to launch what is certain to be the most unique campaign ever in the majors. I am excited to give you my Yankees vs Nationals pick.

Off the first World Series title in franchise history, the Washington Nationals play the role of host for the New York Yankees, who have won 27 Fall Classics. In a season filled with unknowns and the potential for any team to win it all, the 2020 lid-lifter is a matchup of true contenders with the Yankees topping MLB futures boards to win the American League Pennant and the Nationals third on the list in the National League behind the Los Angeles Dodgers and Atlanta Braves.

The 2020 season will begin with the exact same matchup on the mound that we had for the beginning of the 2019 World Series. Gerrit Cole is the expected starter for New York while Max Scherzer takes the mound for Washington. Cole was with the Houston Astros in last October’s battle against Scherzer, and it was Cole carrying substantial home chalk in that meeting. Changing into Yankee pinstripes and being on the visitor’s side, Cole is still favored with FanDuel posting New York on a -128 money line. 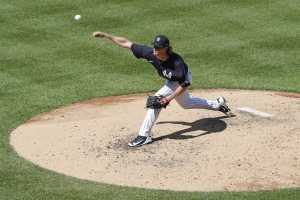 Scherzer and the Nationals brought home the cheddar in the A series matchup, a 5-4 Washington upset winner. The Nationals won all five of his postseason starts, Scherzer pitching to a 2.40 ERA during the playoffs. He’ll be facing the Yankees for the first time losing a June outing in 2015 in the Bronx. The only New York player still with the Yankees that Scherzer faced in that game is Brett Gardner.

Cole bounced back to beat the Nationals in Game 5 of the World Series, stopping a 3-game losing skid against Washington. Washington outfielder Juan Soto took Cole deep in both of those games, but Cole also struck out 15 Nationals in 14 postseason innings. Including the postseason, Cole won his last eight road starts of 2019.

Who’s Healthy & Who Has Opted Out?

Bettors always need the latest news on injuries, but it’s going to be doubly important as the 2020 campaign cruises along. Washington appears to be in good shape 10 days in advance of the matchup, the biggest name that will not be in the lineup being Ryan Zimmerman. The veteran first baseman has opted out of 2020, and that should leave manager Dave Martinez with a decision between Howie Kendrick and Eric Thames to fill the 1B role.

New York doesn’t have a name on the list of players opting out, but the Yankees do have some injury/illness concerns. The latest news is closer Aroldis Chapman tested positive for the virus in the past few days and was experiencing some mild symptoms with a low-grade fever.

It would seem unlikely the fire-balling lefty would be cleared in time for the series opener, and possibly the entire series in Washington. Losing a bullpen arm like Chapman’s, even in the short-term, would be huge for a lot of teams, but New York has such a deep relief corps and can shift to experienced closers such as Zach Britton or Adam Ottavino.

Other Yankees that need to be monitored include infielder DJ LeMahieu and reliever Luis Cessa. Both tested positive for the virus just as training camps were being rebooted, and will have to clear with two negative tests before being allowed back. There’s a chance both will be cleared, but will it be in time to get into game-ready shape? Aaron Judge battled several injuries during the original Spring Training and has been treated with kid gloves since joining the team. Expect the big slugger to be there for the opener.

‘Under’ Has Cashed Last 7 Meetings

If we go back to all interleague matchups between the Yankees and Nationals, back to when Washington was playing in Montreal, New York holds a 17-15 edge in the all-time meetings. Since the Nationals moved to DC, they have a 9-7 advantage in the matchups.

The clubs met two years ago, splitting four clashes and halving the short 2-game sets in each stadium. Playing the ‘under’ proved to be the best way to play all four games in 2018, and the totals have fallen short of the marks in the last seven meetings.

The absence of fans is going to be strange for anyone tuning in to the 7 p.m. (ET) telecast on July 23rd. The atmosphere for Washington’s home opener this season against any team, much less the Yankees, would’ve been bonkers with a packed house celebrating the team’s 2019 Series win. MLB teams can pipe in all the noise they want, and it still won’t be the same.

Yankees to win and 8+ total runs to be scored (vs. Nationals)

This should be the only time during the short regular season we’ll see Scherzer on an underdog price, and that’s where the value is for a side bet. FanDuel is offering a nice little parlay on the contest, combining money line wagers on either side with ‘over/under’ bets. While that ‘under’ trend in the rivalry is tough to ignore, I’m going to ignore it, playing ‘over’ 7½ plus the Nationals for a nice little +350 return.