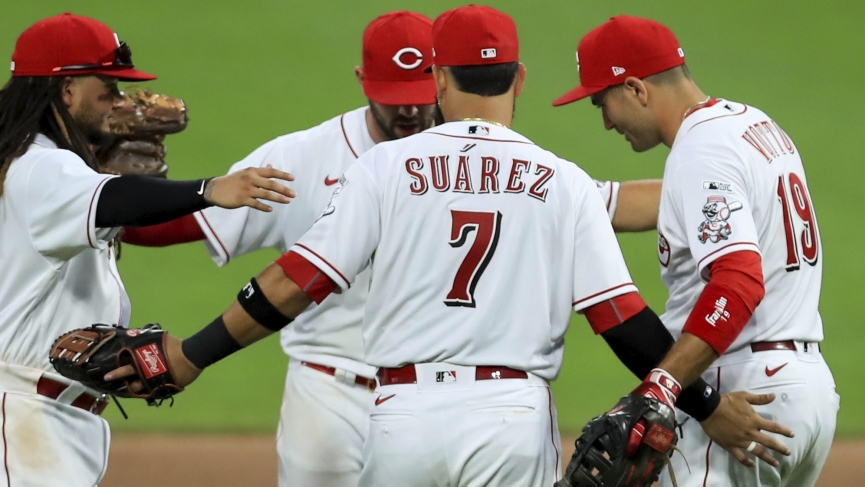 A quiet and ineffective offense doomed Cincinnati in 2019, the Reds finishing 25th in the majors in scoring and fourth in the NL Central. So, the club went out this winter on a little shopping spree to add productive bats to the team, and the three biggest additions came each contributed to Cincinnati’s 7-1 win over the Detroit Tigers on Opening Day. Moving along, let’s take a look at my Detroit Tigers vs Cincinnati Reds pick.

The latest edition of the Big Red Machine is expected to keep motoring along with Cincinnati an even heavier favorite in Game 2 on Saturday than the team was on Friday. Detroit is sending veteran Ivan Nova to the mound hoping to level the series in the twilight tilt at Great American Ball Park, while Luis Castillo is on the bump for Cincinnati. FanDuel is stacking some mighty thick -230 chalk on the Reds for the 5:10 (PM) first pitch, the total assessed at 9 runs, and favoring the ‘over’ with a -120 surcharge.

We expected the Tigers and Baltimore Orioles to battle for the American League basement this season, and both teams met those expectations by dropping their season openers. Detroit lost a humbling 114 games in 2019, and the offense was a huge problem then for manager Ron Gardenhire. The Tigers managed just three hits on Friday, one of those a solo shot by newcomer CJ Cron for their only run.

Mets, Dodgers and Astros Benefit From a 60 Game Schedule

Nova is with his third team in as many seasons, logging 34 starts for the Chicago White Sox last year after toiling for the Pittsburgh Pirates from 2016-18. The veteran right-hander got off to a rough start in 2019 but started to turn things around with nice results in July and August when he pitched to a 2.50 ERA in those two months. Things went south again in September, Nova owning a 6.29 ERA over his final six starts with Chicago splitting those assignments. Ironically, his final two starts of 2019 came against his current Tigers teammates.

It’s those three seasons with the Pirates in the NL Central that account for the bulk of Nova’s experience against the Reds. He lost five of his seven career appearances at Great American Ball Park, his ERA at 4.91 in those 49+ innings. Nova has done okay over the years against Joey Votto, the Cincinnati first baseman hitting .233 (7-30) with one homer. Mike Moustakas is hitless in nine at-bats against Nova, while Nick Castellanos is batting a robust .429 (6-14) in their confrontations.

The Moose Is Loose In Cincy

Manager David Bell was all smiles Friday when Cincinnati made good as a -175 favorite on the MLB odds board. Mike Moustakas, Shogo Akiyama, and former Tiger Nick Castellanos each drove in runs in their Reds debut, and Sonny Gray picked up where he left off in 2019 with six strong innings on the mound. Moustakas came up huge with a homer among his three hits while driving in four runs. 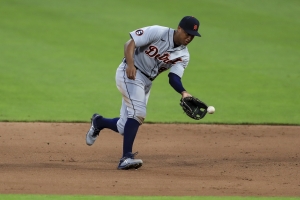 Castillo dropped three of his final four starts in 2019, though some of that can be blamed on no support from his offense, which was a problem in Cincinnati all season. The 27-year-old still answered the bell for 32 starts while tossing a career-high 190 innings. Castillo’s 226 strikeouts ranked just outside the top-10 across the majors last season, and he reached double-figures in 11 of his starts. While his walk rate was up (3.7/9 IP), Castillo cut down on the long balls with 22 over the 32 assignments.

Saturday will be Castillo’s first time to go up against the Tigers, and just the sixth time he has climbed the hill for an interleague game. The Dominican is 1-1 in the five previous matchups against AL clubs, posting a 4.20 ERA in 25.2 innings.

With 20 major league seasons under his belt, veteran umpire Lance Barksdale is scheduled to call balls and strikes in the second game of the series. The Mississippi native is coming off a 2019 campaign in which 18 of his 31 plate assignments fell short of the totals, and he has been a friend to ‘under’ bettors the last five seasons with a 45-72-7 O/U/P record. This will be Barksdale’s first game at the dish in Cincinnati in more than three seasons, two of his last three games under the mask on this diamond skipping past the totals.

The weatherman is calling for sunny skies for the start of Saturday’s skirmish, with the thermometer hovering just below 90° and only a hint of a breeze out of the west (out to left).

If you got to see Friday’s clash between the clubs, you surely noticed a more upbeat and exciting dugout for the Reds than was seen on the other side of the field. A similar score and outcome is very possible on Saturday, which is why my pick is going to be Cincinnati on the run line. Play the Reds (-1½, -118) at FanDuel.