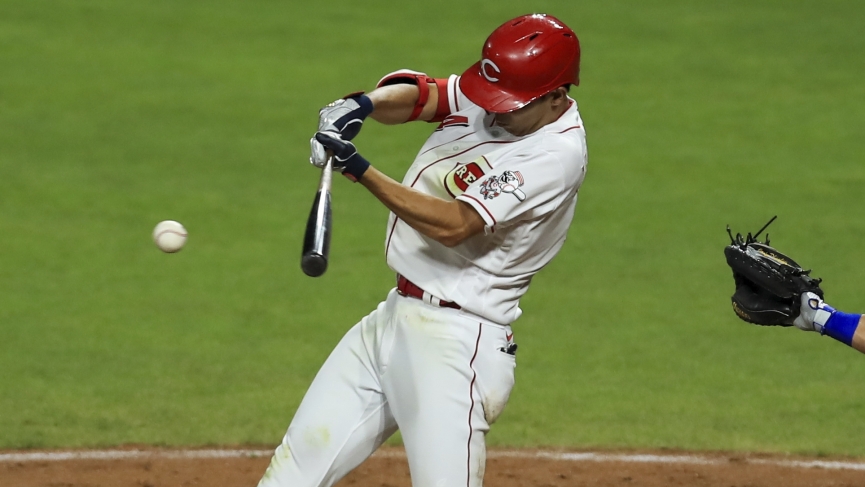 Great American Ball Park in Cincinnati is known for being friendly to hitters, and we’ve seen evidence of that in the first three games of the series between the Reds and Chicago Cubs. As we look at my Cincinnati Reds vs Chicago Cubs pick, we need to see if Mother Nature will be friendly to both teams, they can finish off their 4-game set on Thursday evening.

The 6:10 p.m. (ET) clash features the best and worst that the NL Central has to offer at this time, Chicago on top by a game over the Milwaukee Brewers while Cincinnati is deadlocked with the Pittsburgh Pirates in the basement of the division. Both managers are hopeful the arms they send to the mound on Thursday can quiet the opposing lineups, David Ross of the Cubs handing the ball to Yu Darvish and the Reds’ David Bell turning to Luis Castillo.

Enough early action on Chicago has cut into the chalk on Cincinnati, FanDuel listing the Reds at -130 with the takeback on the Cubs +104. Baseball bettors also have a 9-run total to consider in their wagering decisions.

Bats Alive On Both Sides

Chicago hitters caught fire last Sunday in their series finale against the Milwaukee Brewers, and the good times kept rolling in the first two games this week against the Reds. The Cubs scored eight runs in both victories, Anthony Rizzo sparking Monday’s triumph with a homer and three runs scored and Javier Baez hitting two out on Tuesday while driving in three. Daniel Bote also homered in Game 2 and had a pair of hits in each of the first two games. 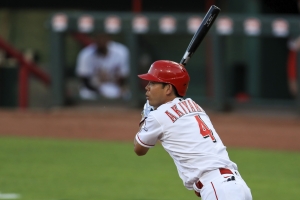 Bote and the Cubs kept hitting on Wednesday, but the Reds were doing so with even greater force in a 12-7 decision. Cincinnati was spurred along by the return of Mike Moustakas and Nick Senzel after the pair was sidelined earlier this week due to illness concerns. Moustakas connected for his second homer of the season while Senzel hit his first, and Nick Castellanos’ grand slam helped the Reds build an early 9-0 lead that Chicago couldn’t overcome.

All three games went ‘over’ the totals on MLB odds boards, leaving each team 4-2 O/U on the young campaign. Going back to last season, six of the last seven matchups between the clubs in Cincinnati have been winners for ‘over’ bettors.

Darvish had five strikeouts and didn’t walk anyone over four innings last Saturday afternoon against Milwaukee, but the Brewers got to him for six hits and scored three times to hand the righthander the loss in an 8-3 final. The 7-year veteran worked painfully slow and needed 73 pitches to get 12 outs before coming out. It was the ninth time in Darvish’s last 15 regular season starts that he did not issue a free pass. 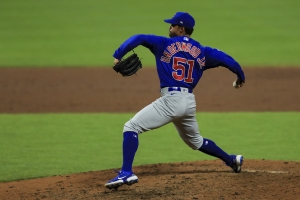 Castillo got his 2020 campaign off on a good note with a strong start against the Detroit Tigers last Saturday. The Dominican struck out 11 over six innings and left the game with a 3-1 lead before his bullpen imploded in an eventual 6-3 loss. The outing marked his seventh quality start in his last nine assignments on the home mound, and fourth double-digit K performance in his last six regular-season outings. The Reds split his four starts against the Cubs a year ago while Castillo pitched to a 3.19 ERA and struck out 30 in 25+ frames. Chicago’s Baez is 4-for-22 (.182) lifetime vs. Castillo while Rizzo is batting .190 (4-21) in their confrontations.

Could Young Umpire Play Into Outcome?

John Bacon, the youngest and least-experienced member of Larry Vanover’s crew, will call balls and strikes in the series finale. The 37-year-old Ohio native has spent most of the past four seasons as a crew chief in the International League, getting his first taste of major league action during Spring Training in 2017 and finally working his first big league game in May 2019. Bacon made six plate assignments as a rover in 2019, totals splitting 3-3 O/U in those contests.

Rain is all over the Cincinnati forecast on Thursday, and the numbers being thrown out by the weatherman suggest it might be a minor miracle to get tonight’s tilt in. There’s a 90% chance of precipitation during the afternoon, and it only decreases into the 70% range for the early evening when the thermometer is expected to be in the low-70s at game time.

Getting updates on the weather is essential before going to the window to get down on the contest. Assuming the game can be completed, my pick is on the Reds behind Castillo.