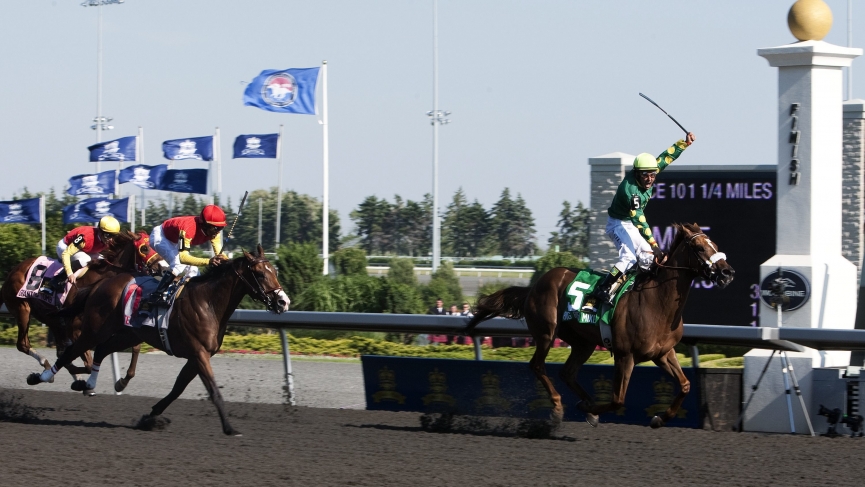 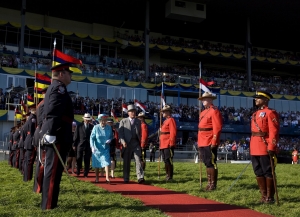 Queen’s Plate day at Woodbine is here with a card that features a total of five stakes. It also features the return of multiple grade one winner Cambier Parc in the grade two Canadian. She hasn’t been seen in 11 months and lost her debut and only other start when coming off a layoff. You could counter with both those losses being on courses with moisture in them and note she is a perfect 3 for 3 at today’s distance. The alternative would be Elizabeth Way who did well to win at a mile two starts ago and perhaps 10 furlongs was too long for her last time though it could have also been her less than a stellar trip.

The promising 2 for 2 filly Boardroom makes her stakes debut in the Ruling Angel in what appears to be a chalky but competitive race. The alternatives being her stablemate Avie’s Samurai and the speedy Artie’s Princess.

Looks on the Kentucky Turf Cup

Kentucky Downs has several rich stakes and sees the return of Zulu Alpha in the grade three Kentucky Turf Cup. His recent form makes him the favorite as does the fact that he is the defending champion of this race. My alternative would be Red Knight who has run well previously at today’s extended distance.

The grade three Runhappy Turf Sprint appears to have multiple contenders which I’ve narrowed down to three. Kanthaka who ran well last time to be a narrowly beaten second to the in from Oleksandra off a 13-month layoff, Imprimis who returned to his better form last time in the Troy, and Bound for Nowhere who has previously won at Kentucky Downs and figures to get a great trip utilizing his speed in a race that is lacking in that department. Let’s look at some races:

The Woodbine 8th is the restricted Bison City for three-year-old fillies going 1 1/16 miles on synthetic. Afleet Katherine will go off as a strong favorite after finishing a strong second in the Woodbine Oaks. She has run three times and the first two from a Beyer Speed Figure perspective would not be competitive. Her Woodbine Oaks performance makes her the favorite but she got a perfect trip that day when multiple horses had rougher trips. Note her two wins came at 29-1 and 6-1 and I don’t want her today after a career-best effort where she got a great trip.

Truth Hurts is one alternative as she has been facing better horses in her last two starts. The winner two starts ago, Harvey’s Lil Goil has since won the grade three Regret and the second-place finisher Water White won the Busher. Truth Hurts probably needed her last race off a six-month layoff and note the third-place finisher Sconsin, came back to upset Four Graces in the grade two Eight Belles. Truth Hurts will likely perform better second off the layoff but the synthetic surface is a question and notes her one two-turn race is the worst of her career hence distance might be a fair question also.

The horse I want is Justleaveitalone (20-1 ML) who like Afleet Katherine comes out of the Woodbine Oaks. In that race, she did not get a great trip, was in between horses when trying to make her move, and lost all chance when she had to check. That was her first start against winners and note three starts ago she lost by a head to Woodbine Oaks winner Curlin’s Voyage so she definitely belongs.

The Kentucky Downs 8th is the Kentucky Downs Ladies Sprint for fillies and mares three-year-olds and up going 6 ½ furlongs on turf. Perhaps morning-line favorite Got Stormy will get a distance she has never tried before but considering how spectacular she has been at a flat mile throughout her career, I’m not curious to find out if she’ll handle it.

I’m also against Kimari as she tries her longest distance to date and her best turf form appears to have come at Ascot. She was an easy winner in both her dirt races, including a stake thus I wonder if dirt is her best surface.

One alternative is Into Mystic who has been a new horse since switching to turf running competitively in a grade two at Santa Anita and winning a stake at Ellis Park. My only issue with her is that she usually elects for shorter distances and note her strong dirt form up to six furlongs but mediocre form past that distance.

The horse I want is Cariba (8-1 ML) who has also been a new horse since moving to the turf. On turf she has hit the exacta in all four of her races ranging from 5.5 furlongs to one mile thus today’s distance should be a non-issue and she handled the transition to stakes company last time rather easily. 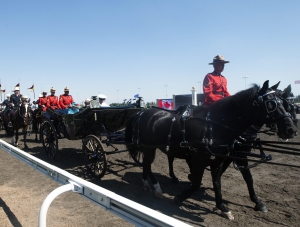 The Woodbine 10th is Canada’s biggest race for three-year-olds, the Queen’s Plate going 1 ¼ mile on synthetic. There are two races where the majority of contenders come out of the Plate Trial and the Woodbine Oaks.

In the Plate trail, Dotted Line and Halo Again went and set a pedestrian pace with an opening half in:491. By comparison, two races later, the Woodbine Oaks pace was a strong:463. No surprise then when both Dotted Line and Halo Again were still around at the finish. While they both got great trips setting a slow pace, so did Plate Trial’s favorite and Queen’s Plate morning-line favorite Clayton. Clayton sat in third, made a move on the turn, and appeared like he was going to open up. Instead, he struggled to put away the pacesetters and did not change leads, leaving something to be desired. I get why some will like Halo Again as he won the Coronation Futurity going nine furlongs in his second career start and stayed on well in the Plate Trial but on talent, I prefer the likely favorite Clayton out of the race despite having some distance concerns with him.

Merveilleux (10-1 ML) is my play as I suspect she’ll handle today’s 10-furlong distance better than most. In the Woodbine Oaks, Curlin’s Voyage -who also competes in this race- and Merveilleux were both with the race flow rallying from off the pace and both tried to come up the rail. Curlin’s Voyage managed to get through and win the race but Merveilleux, who was behind Curlin’s Voyage, got blocked, had to steady and alter course before being bumped between rivals. Despite a more difficult trip, Merveilleux still finished strongly indicating added distance is a non-issue. Meanwhile, Curlin’s Voyage was drifting out significantly in the stretch thus I question if she wants today’s added distance. The added distance, with a clean trip, can help Merveilleux turn the tables on Curlin’s Voyage and win Canada’s 161st Queen’s Plate.