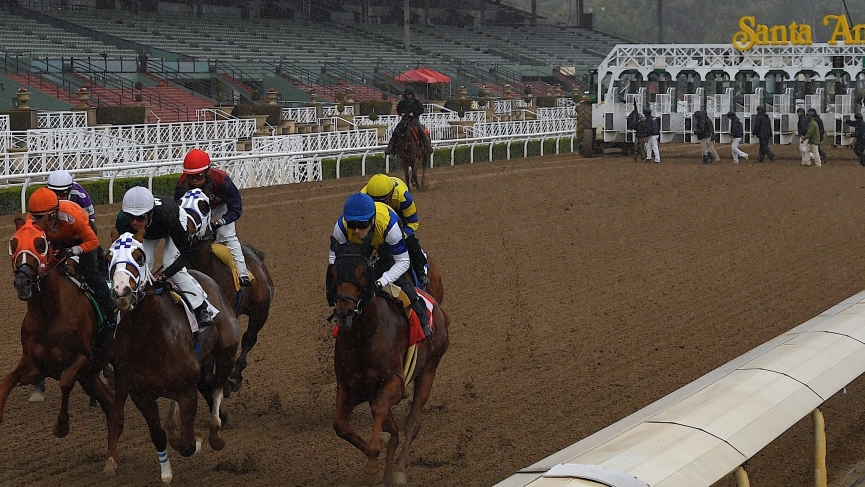 The Saratoga summer meet is here with a 10 race program to kick things off. A pair of stake races are part of the program, the first is the grade three Schuylerville for two-year-old fillies. The grade three Peter Pan is the other which figures to produce a couple of Travers starters.

As we look at my Saratoga picks and my Woodbine best bet let’s hope morning-line favorite Mystic Guide takes a step forward as he has demonstrated talent in all of his races and with a step forward, he can become a major player in big races during the second half of the year.

The Saratoga 2nd is a $75,000 maiden claimer for three-year-olds and up going 1 1/16 miles on the inner turf where many horses are dropping out of maiden allowance competition. I’m against Scanno who has had his chances and isn’t one of the class droppers. Also don’t like the outside post on the inner turf. Perhaps morning-line favorite Mutakaamil can win in his turf debut dropping out of maiden allowance competition but he’s not bred to handle turf better than dirt, his dam was a three-time winner all on dirt and he is likely to take money simply because of his powerful connections. 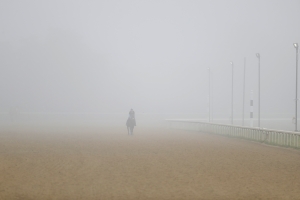 Leading West has four-second place finishes in eight starts and perhaps the addition of blinkers will help him finish off his races more thoroughly but those losses by a neck and a head are bothersome. As one of the likely favorites, I don’t trust him.

First-time starter Price Talk is one alternative as he has some turf breeding and his trainer Jorge Abreu has previously had success with similar horses going a route in their debut on turf. Of course, his sire Kitten’s Joy has a stud fee of $75,000 and he only costs $70,000 at auction, and debuting for a claiming tag isn’t a ringing endorsement.

The horse I want is Eternal Summer (5-1 ML) who was last seen over 10 months ago at Saratoga when finishing third to Structor. Structor went perfect as a two-year-old including winning the Breeders’ Cup Juvenile Turf. That strong reference along with trainer Todd Pletcher’s strong numbers off long layoffs and dropping into maiden claiming events make Eternal Summer the play.

Saratoga 3rd Carrizo is a horse for course 2:20 pm Et

The Saratoga 3rd is an allowance for fillies and mares three years old and up going six furlongs on dirt. I am against morning-line favorite Palomita as her only win was on the lead and she does not look faster than Palace Avenger early. Palace Avenger comes out of a strong race where the first and third-place finishers have already repeated. She finished second in that race but I would rather first watch her win a race against a quality field before betting on it.

Glass Ceiling only has one race that would make her competitive in this spot and that was two starts ago when she set comfortable fractions in an off turf event. Figure of Speech won her debut at Saratoga last year and then tried a grade one. She came back to the races off a significant layoff and probably needed her last race at Churchill Downs. She can improve but she will certainly have to in order to win.

The horse I want is Carrizo (6-1 ML) who is the longest shot on the morning line. Taking her turf debut last time, off nearly a four-month layoff, as a means to an end. Like the horse for course angle with her as there is an argument to be made that her three best races all came at Saratoga last year. Unlike some of her rivals, she has shown some rating ability which can only help her in this spot.

The Woodbine 7th is a starter allowance going five furlongs on the inner turf for three-year-olds and up. Reconfigure’s good races will win in this spot and his last race was competitive. My issue is he had a perfect trip that day and didn’t finish the job.

Kitchen Fire and Salieri both figure to be strong early pace presences. Of the two don’t want Salieri who got a perfect trip when getting to set an uncontested lead last time. She also has not gone this sharp five-furlong distance on turf.

Western Trouble (8-1 ML) is my play as he ran competitive races last year at today’s distance. He got a miserable trip on July 14, 2019, when having to check, being shuffled to second last, and having to rally wide in a race where the pace held together and the winner saved every inch of ground. His subsequent start saw a faster tempo which he was a part of. He put away the pacesetter but could not hold off a pair of closers. With a better trip, he can win this race.