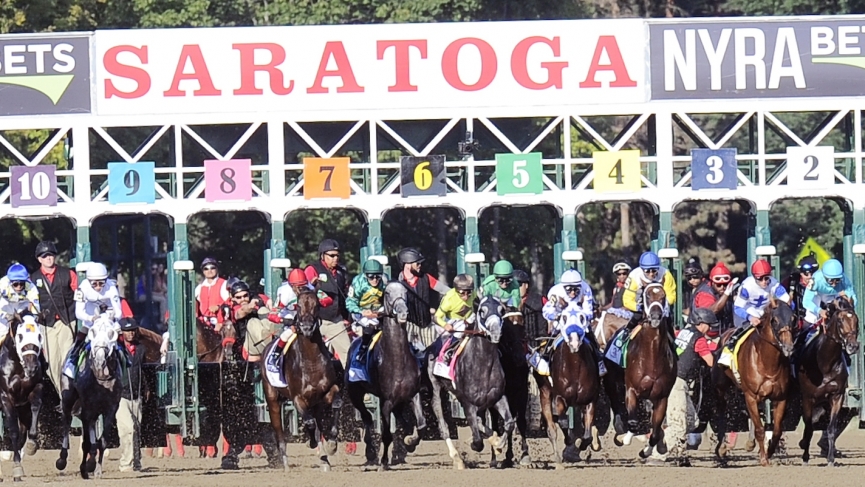 A new week for my horse picks is here and it starts a five day week for Saratoga. The feature is the restricted Lubash stakes where Cross Border is expected to be a heavy favorite as he is getting massive class relief. Not sure Rapt can beat Cross Border but he should be a decent price to fill out the exactor. Let’s look at my Saratoga picks and Delaware best bet.

The Saratoga 2nd is $40,000 claiming events for three-year-olds and up that have not won two races going six furlongs on dirt. Box of Chocolates is the morning line favorite and competes for trainer Robertino Diodoro for the first time. He looks very similar to The Rock Says, who competed for Diodoro last weekend, in that he looks strong on paper and will take plenty of money for a high percentage barn but likes to settle for minor awards. While Box of Chocolates can win his 1 for 16 record doesn’t inspire confidence as the likely favorite.

Between Brazen, Star of the West, and Bernin’ Thru Gold the pace figures to be honest. Of the three I only have a small interest in Brazen who could be the fastest early and draws inside of the other two speed horses. Bernin’ Thru Gold offers little appeal as he has shown no rating ability and from an outside post will likely have to rate.

The horse I want is Passcode (12-1 ML). He came back to the races 11 days ago after an 11-month layoff. He was devalued and claimed and ran a solid second when just holding off several challengers. His new connections aggressively raise the evaluation but note it is to the same class level he ran at prior to the long layoff. Both his races at Saratoga last year aren’t far off what would be needed to win and I’m willing to find out if he can find that form at what should be a generous price.

The Delaware 7th is an allowance optional claimer for fillies and mares three years old and up going six furlongs on dirt. Between Fly On Angel, Steelin Magnolias, and Miss Tap Dance there should be enough pace for it to at least be honest. Of the three only Fly On Angel has some appeal in her second start back off a six-month layoff and getting back to dirt after trying turf last time. 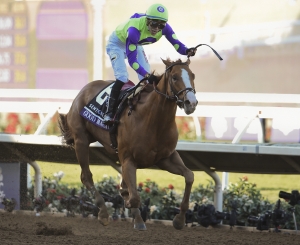 There are three off pace contenders. I’m against Perfect Reins who hasn’t been seen since the end of February and doesn’t enter sprint races very often. Morning line favorite She’s Achance Too can win but she has only one race since the start of 2019 that would make her the favorite. She has struggled to put races together during that timeframe so perhaps now that she is putting races together she’ll win but as the likely favorite, I’m not that curious.

The horse I want is Fillupcohensapiker (6-1 ML) who has recently been facing better horses at Gulfstream. She has plenty of experience in Delaware and like that she is turning back in distance. The turn back should help her put in a thorough rally into an honest pace.

The Saratoga 10th is a New York-bred restricted $25,000 maiden claimer for fillies and mares three years old and up going seven furlongs on dirt. Central Perk is a lukewarm morning-line favorite even though she did little running in her debut. Her trainer Linda Rice excels dropping horses out of maiden allowance competition and with second-time starters so she’ll likely improve. That said her likely improvement will be factored into her price so while she can win, she isn’t very appealing.

Adriatic Holiday outperformed Central Perk in her last race but she has had more chances and none of her races is overly appealing. While she too drops out of the maiden allowance ranks for the first time, I don’t see much upside.
Gringotts has some appeal as her best race came when at this level and she gets a new rider in Joel Rosario who suits her off-pace style perfectly. She would be my alternative.

The horse I want is Lottie’s Mizzion (12-1 ML) who has shown marked improvement when moving to dirt. In her dirt debut, she was bumped at the start and looked green most of the stretch when unable to keep a straight path. Last time off a three-month layoff she got an overly conservative ride and came home with a thorough late rally. She gets a significant rider upgrade to Jose Ortiz, draws a better post, and should move forward off her last race.