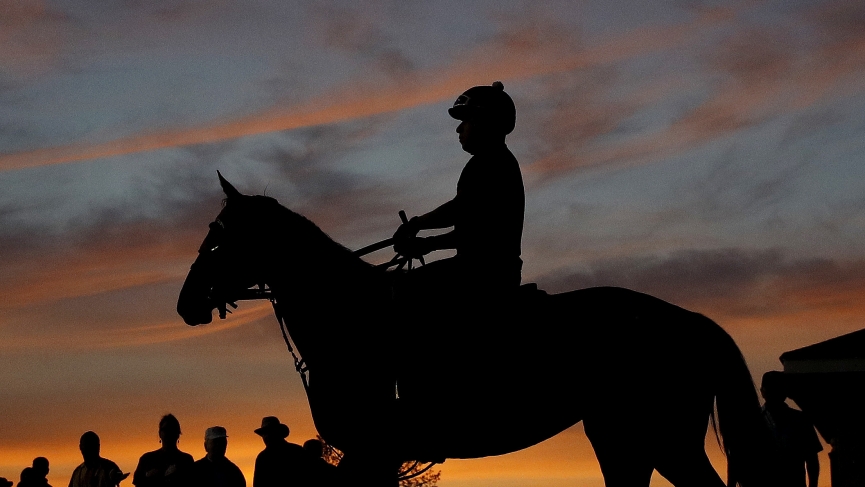 OddsHQ’s Kentucky Downs Picks for 9/15/20: The race card was canceled on Sunday due to rain and was moved to today. It is a strong card that has multiple stakes, which each carry a minimum purse of $400,000. Let’s look at some races: 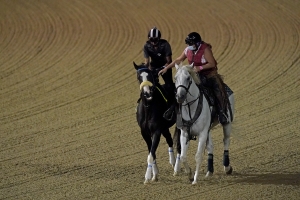 The Kentucky Downs 6th is a $50,000 maiden claimer for three-year-olds and up going seven furlongs on turf. I’m against morning-line favorite Copper King who steps out of maiden allowance competition and tries turf for the first time. He is 0 for 13 with 9 slices so he’s tough to trust and note while he runs for a tag for the initial time, he has been favored multiple times previously thus he has had expectations and failed to deliver.

I’m against Suggested who has lost ground from the stretch to the wire in all of his races and he has also had his chances.

The first time gelding Tiz Light the Way is one alternative but he is turning back in distance. In route races, he typically shows speed but that speed will be diluted turning back to a sprint and I don’t trust his rating.

Mr. Axel (8-1 ML) is the horse I want. He did no running in his debut on synthetic at Turfway. Last time in his second career start, off a seven-month layoff, when switching to the turf he showed a lot more when flattening out in the stretch. Think that race will benefit him from a foundation building standpoint and he has the ability to step forward in a race that doesn’t have any standouts.

The Kentucky Downs 10th is the Untapable for two-year-old fillies going 6 ½ furlongs on turf. Perhaps morning-line favorite Red Ghost will win and she was a dominant winner in her lone career start. It was an off turf race so you have to wonder if the dirt form of her rivals was any good. She has to translate her dirt speed on turf and she’ll likely be overbet for trainer Wesley Ward who is having a terrific meet.

If Red Ghost translates her dirt speed on turf, she might compromise other speedy fillies in Lady Edith and Emro who both went wire to wire in their debuts. Of the two, slightly prefer the debut of Emro as she took a lot of pressure and was strong throughout.

La Libertee is the alternative as she won her debut from the tough rail post and did so while rating. She did do everything well but outside of the difficult post for a young horse, the rest of her trip was perfect saving ground, splitting horses, and running away. From post 10 however, hard to envision her getting the same trip.

The horse I want is Herald Angel (12-1 ML) who finished second in her debut. Note the word was out on the winner who took plenty of money and acted best. Herald Angel was used for speed early lost that battle but stayed on well to be a game second. Note she was over three lengths clear of the third-place finisher. A similar trip is expected though she likely won’t be used as hard early with the other speed signed on and with a small step forward, no reason she can’t have a big say in the outcome.

The Kentucky Downs 11th is the Music City going 6 ½ furlongs on turf for three-year-old fillies. Morning line favorite Kimari scratched out of an event against older horses to run in this spot. This is her longest distance to date and her best turf form appears to have come at Ascot. She was an easy winner in both her dirt races, including a stake thus I wonder if dirt is her best surface. At a short price, she lacks appeal.

Finite returns to the races after missing six months and she did break her maiden at Kentucky Downs last year. My issue with her is she appeared to show improvement when going a route on dirt and this feels like a means to an end.

She’s My Type provided a small upset in the Coronation Cup at Saratoga last time and can win again but note she got a great trip. She was in between horses and was pushed inward a bit but the horse that was doing the herding, went outwardly in the stretch thus allowing She’s My Type a clear path to run down the leader who had been softened up in a speed duel.

The hose I want is Enola Gay (9/2 ML) who broke her maiden at first asking, at Kentucky Downs, at today’s distance last year. This year she has been trying route racing and was able to pull off an upset in a stake at Keeneland. I do think she will enjoy the turn back and while she doesn’t have a lot of early speed, neither do the main contenders so she isn’t conceding anything.