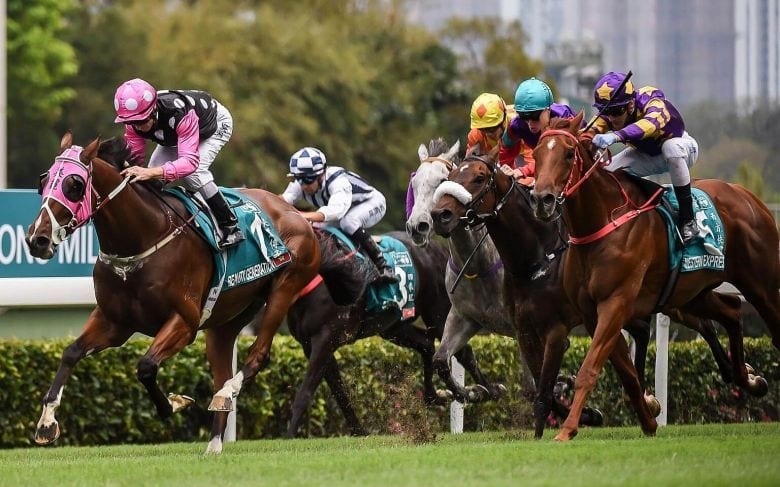 Horse racing predictions for today have us looking at various tracks. With the Santa Anita meet over the California circuit shifts its focus to Los Alamitos. Belmont provides the feature, the Hessonite and we’ll look at the race along with action at Churchill Downs and Woodbine.

The Woodbine 2nd is a $25,000 maiden optional claiming event for fillies and mares 3 years old and up going 7 furlongs on synthetic. If 0 for 11 with 6 minor awards Cassie’s Rainbow wins, I lose. If I had to take someone out of her last race it would be O La La as she is making just her 2nd career start and showed some rallying ability in that debut. That said I don’t love that race and the winner came back to be an okay 3rd yesterday.

I’m also against Nana Sav who has been competitive in both of her starts. The issue is she is raising the evaluation and never felt like a real threat to win either of her races.

Lady Sunshine is one win candidate as she is making just her 2nd lifetime start. Her first start saw the 1st,2nd and 5th place finishers win next out. She will likely improve off that effort and trainer Kevin Attard has had his horses ready to begin the meet. Blinkers are removed and jockey Luis Contreras is lured despite appearing to have another option.

I simply prefer Blazing Bourbon (6-1 ML) who comes out of the best race. She too is making her 2nd lifetime start after running into Silent Causeway who dominated the race on the front end. Blazing Bourbon showed some early speed in that race and should be able to use that approach more successfully here on the class drop. Not concerned with jockey Justin Stein landing on Nana Sav in this race, especially not if it means picking up the meets leading rider in Rafael Hernandez. Note Hernandez and trainer Ashlee Brnjas have been a successful combination in the past.

The Churchill 8th is an allowance optional claimer for 3-year-olds and up going one mile on turf. I’m against Mr Misunderstood who has won over half his turf starts but a lot of those successes occurred earlier in his career. Recently he has lost 6 of his last 7 races and all those losses were as the favourite.

I’m also against Doctor Mounty who saved ground all the way last time against similar competition and came with just a minor rally. Mr Dumas can win and he is 3 for 3 on the Churchill turf but that last win felt like a peak effort 3rd off the layoff and he is going to need to repeat that effort to have a chance in this stakes quality field.

The horse I want is Snapper Sinclair (7/2 ML). On dirt, he’s 2 for 20 whereas on turf he’s 3 for 5 and has earned more than half of his career earnings in those 5 turf races. Last time he was on turf, he won a rich stake at Kentucky Downs at this distance and for whatever reason, his connections decided not to run him on turf in each of his next 7 starts. Back on his favourite surface; expect Snapper Sinclair to deliver a big performance.

The Belmont 8th is the Hessonite stakes for fillies and mares 4 years old and up going 6 furlongs on turf and it is restricted to New York breds. Your morning line favourite is Saratoga Treasure and assuredly most handicappers are going to ignore her last race against tougher but I’m also going to ignore her race two starts ago, a 16-1 upset in the Autumn Days on yielding turf. If you looked past that effort, she doesn’t have a single race that makes her the favourite.

Think Kid Is Frosty takes money because of trainer Brad Cox and jockey Irad Ortiz and while she has run well on turf, she has done so at longer distances. First start off the layoff this feels like prep and she’ll beat me.

Hannah’s Smile showed improvement when winning an open allowance race at Aqueduct. While she has run well at Belmont, the only 2 races that make her competitive in this spot were her two races last year. Neither her 2018 form nor her 6-year-old debut would make her competitive and she previously hasn’t been able to get past Mentality.

The horse I want is Mentality (7/2 ML) as all of her 4 wins have come at Belmont (6-4-0-2 record). She has been holding her own in open turf sprints and should appreciate getting back into a restricted event at her favourite track. While other horses are coming off negative efforts, her last was a strong 2nd at Churchill and she can build on it here.