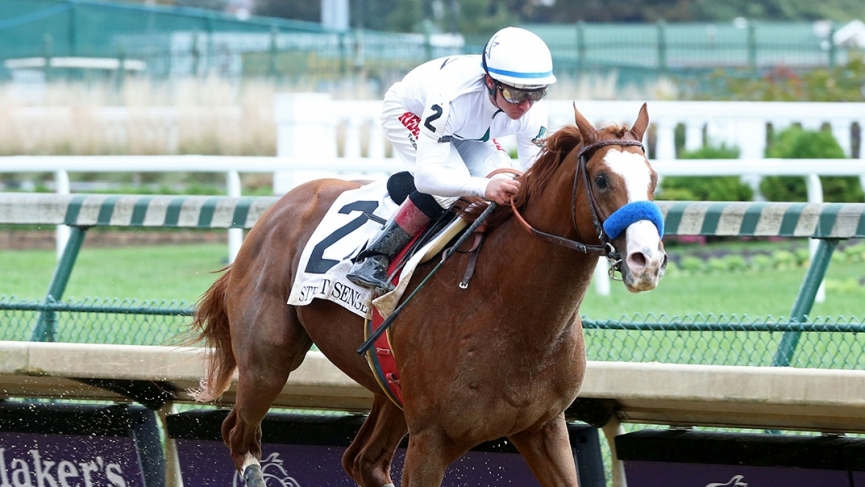 Odds.com’s Horse Racing Picks for Sept. 26th: Yesterday at Santa Anita, Into Chocolate was able to split horses to win the Chillingworth. Race favorite Qahira had no excuse setting moderate fractions. In the Eddie D. Big Runnuer went off favored darted off to a big lead and was able to fend off a late rally from Wildman Jack. 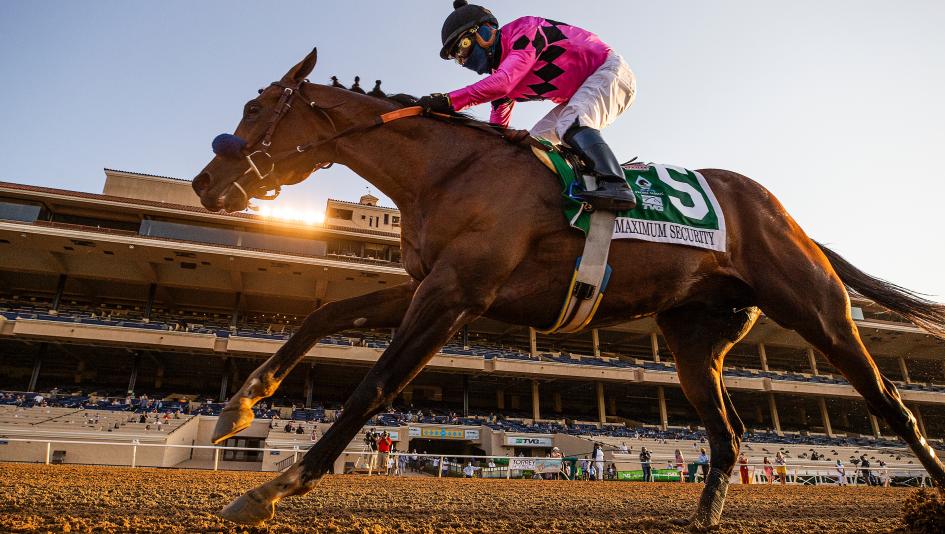 Today, there are graded stakes from coast to coast and Santa Anita again leads the way with five Breeders’ Cup win and you’re in races. I am not against favorites Princess Noor in the Chandelier or United in the John Henry Turf.

Think it is worth trying to beat Lady Prancealot in the Rodeo Drive as she hasn’t taken a step forward as a four-year-old and until she wins, she is a play against. Some will gravitate to Bodhicitta but I question the added distance for her. I’ll use both Maxim Rate who won when adding distance last time and Mucho Unusual who ran well in her lone attempt at this distance last year.

In the American Pharoah, you can make two cases for morning-line favorite Spielberg. He has finished second to Dr. Schivel in both his races and without that rival in this race, he’ll win. On the other hand, he is still a maiden in, it’s fair to question how good he really is and he’ll likely be overbet for strong connections. The alternatives include Waspirant because he is the only one in the race with a win on dirt going a route. Now it wasn’t an easy win and he is adding blinkers which isn’t a strong move for the trainer. Touchdown Brown is the other alternative as he has given every indication he wants more ground. Let’s look at some races:

The Churchill 9th is the grade three Ack Ack for three-year-olds and up going one mile on dirt. Think it is worth taking a shot against morning-line favorite Warrior’s Charge as he was very lucky to benefit from a disqualification last time in the Philip H. Iselin (slight interference but it did not cost him a placing) where he was the beaten, odds-on favorite despite setting modest fractions in a four-horse field. I can’t take a short price on him off that performance and note he is 0 for 2 at today’s distance.

I am against American Anthem who rarely competes at this long of a distance. Note in his last two tries at today’s distance, he was losing ground from the stretch to the wire in both and it includes losing a clear lead at Churchill.

I am also against Ebben who is in the form of his life having won three straight. My issue with him is he really had to step up last time and did so with his best career effort. He won that day at 9-1 and today he might be half that price when he would need at least a repeat if not another career effort to win.

Mr. Money deserves some consideration as he didn’t have to love the three turn configuration at Churchill Downs last time or sprinting two starts ago. His race three starts ago at Churchill would be competitive and note 3 of his 5 wins have come at Churchill. He is my alternative.

The horse I want is Alkhaatam (20-1 ML) as he has improved ever since his connections have stopped putting him in sprint races. In his last four races all at routes, he has won two at 37 and 21-1, ignore the turf race, and the other was the grade two Stephen Foster which had a grade one caliber horses in Tom’s d’Etat and By My Standards. Think it is very clear he is a route horse, probably fair to question if he is good enough but with his recent improvement and expected generous price, I’m willing to find out.

The Belmont 9th is the grade two Vosburgh for three-year-olds and up going six furlongs on dirt. I am against morning-line favorite Engage who has not competed since the Breeders’ Cup Sprint almost 11 months ago. Perhaps he is ready to fire his best off the long layoff but can’t help but think this is a prep for another run at the Breeders’ Cup Sprint. Note he was coming off a similar layoff last year and finished fourth as the beaten favorite off the layoff.

I am against the new faces Stan the Man and Share the Ride who both won their races last out while getting great trips against easier competition.

The intriguing horses come out of the Forego and note there was heavy rain prior to that race and the decision was made to skip the warm-up and go straight to the gate. Surely that impacted some horses more than others so for the most part I view it as a throw-out race. Of the horses coming out of it I’ll let Funny Guy beat me as he had some minor trouble in that race but overall got a good trip and the sloppy conditions were supposed to be to his benefit having won both his previous starts on wet tracks. He has yet to prove it against graded stakes company and note this race will be the shortest distance he has ever run at.

As a threat to wire the field, True Timber deserves some consideration though Stan the Man can keep him honest. True Timber has been win shy recently as he hasn’t won in two years but when given the opportunity to be competitive, he usually has been.

The horse I prefer is Firenze Fire (7/2 ML) as he has shown a hatred for sloppy tracks so it was little surprise that he did no running in the Forego last time. He was given a no-chance trip two starts ago when chasing a dawdling pace while being wide against better horses. He should have every opportunity to win today and note his two best races to date have come at Belmont.

The Santa Anita 10th is the grade one Awesome Again for three-year-olds and up going 1 1/8 miles on dirt where the two Bob Baffert trainees Maximum Security and Improbable figure to take all the money. Maximum Security is listed as a strong favorite in the morning but I prefer Improbable (8/5 ML).

Maximum Security got away with easy fractions to win the Pacific Classic last time while beating overmatched horses but with Sleepy Eyes Todd entered in this race, he won’t get away with such easy fractions. Now Maximum Security has proven he can rate as he did in winning the Haskell, Saudi Cup, and San Diego but none of those efforts looked particularly easy, and don’t think he is as effective if having to rate.

I prefer Improbable (8/5) who on talent I don’t think he is conceding anything to Maximum Security. As a three-year-old, he showed flashes of brilliance but it was clear he needed to mature and think he has done so as a four-year-old. Yes, he got a perfect trip in the Whitney last time and benefited when favored Tom’s d’Etat spotted the field five lengths at the start. Even if Tom’s d’Etat breaks alertly still think Improbable wins and consider three starts ago those two horses met and they were separated by less than a length when Improbable was stuck with post 11 and making the first move into a wicked pace. Improbable’s last start at Santa Anita was a dominant victory in the grade one Gold Cup, he has kept the tougher company recently and this improved version of Improbable is more than capable of winning this race.