Envoutante, Bolder & I’m Leaving You Are Today’s Picks For The Races 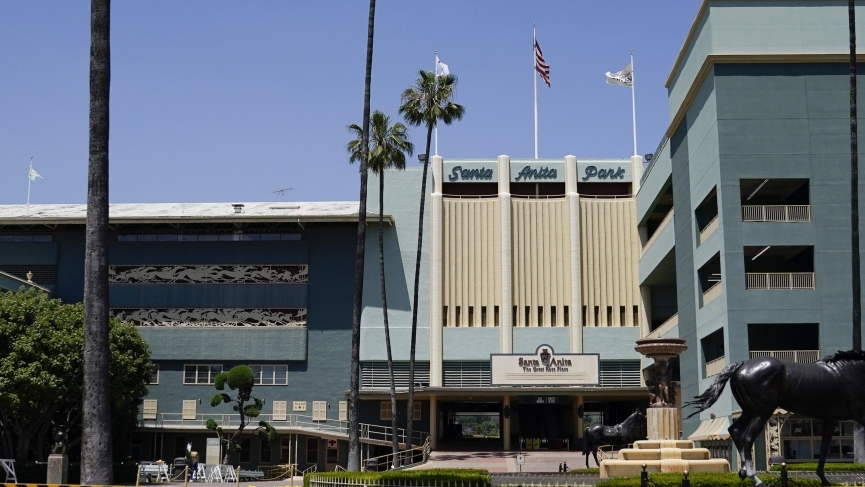 Lots of Horse Racing action on Friday led by the Churchill Downs 7th which features plenty of horses auditioning for upcoming stake races (more on that later). Santa Anita also returns with a 9 race program. Let’s look at some races.

Churchill 6th: Going against the Class

Tempers Rising is going to be the favorite because of the graded stakes company she has been competing against recently. Those races included Breeders’ Cup Juvenile Fillies winner British Idiom, Swiss Skydiver who won the Fantasy at Oaklawn earlier this month, and Finite who had won 5 in a row until her last race, the same race Tempers Rising is coming out of.

My problem with Tempers Rising is that it’s not like her Beyer figures were overly great, she is off a 10-week layoff which represents the longest of her career and prior to her maiden breaking win, she was losing previous maiden races at very short prices from sportsbooks.

One alternative is Storm Flag as her maiden win 3 back was strong, as was her first try against winners. That said her last race leaves something to be desired as she did no real running.

The horse I want is Envoutante (4-1 ML) who is getting back to dirt after trying a stakes race on turf. Her 2 dirt races were both strong as she stumbled at the start in her dirt debut before providing a powerful late rally. She followed that performance by dominating a maiden event. Seeing Jose Ortiz take the call only adds to the appeal.

The Churchill 7th is an Allowance Optional Claiming event going 7 furlongs on dirt and I have reservations about all the short prices. Hog Creek Hustle best known for upsetting the grade one Woody Stephens last year is likely to take money dropping out of graded stakes company but he has not improved as a 4-year-old. His last race at Oaklawn was terrible and I could find no excuse other than perhaps he didn’t like the track.

Borracho best known for winning an allowance race during the Kentucky Derby undercard last year and finishing 3rd in the Woody Stephens is capable if he brings his best. That said he did no running in his 4-year-old debut, albeit that was off an 8-month layoff. I wouldn’t let Hog Creek Hustle or Borracho beat me with their back class but to win I prefer someone else.

I am completely against Manny Wah who comes out of the same race as Hog Creek Hustle and he got a great set up and trip to run 3rd at 74-1. There seems to be a fair amount of speed in this race from Rare Form, Absolutely Aiden, Early Mischief so it’s possible he and other closers get the set up they need but from post 12, I doubt Manny Wah will be coming up the rail again. This feels like a stone cold prep for Troubling Moon whose best races have been at longer distances. Bourbon Calling doesn’t appear fast enough and his 4-year-old debut wasn’t very good.

The horse I want is Bolder (8-1 ML) who is turning back. In his last race, he was part of a wicked pace, going a route against 2 of the better older horses currently in training. His race 2 back, he had the misfortune of running into Whitmore. Unlike others in this race, I actually liked his 4-year-old debut, where he used his tactical speed to get the jump on the closers in a race that collapsed. I’m hopeful he can utilize similar tactics here.

Santa Anita 5th: I’m Leaving You worth a look

The Santa Anita 5th is a maiden claiming event for $62,500 going a mile on turf and I’m not enamored with anyone especially not the favorites. Camps Bay has had plenty of chances but likes to settle for minor awards.

Railsplitter and Fengari both showed improvement in their last races when dropping out of maiden allowance competition. While those races make them competitive here, they don’t look like standouts. Also, it’s hard not to notice that jockey Flavien Prat who rode Fengari last time is now riding Fantastic Day (8-1 ML).

Fantastic Day did no running in his debut but he has since been gelded, is switching to turf, and dropping out of maiden special weight company. With all these changes, Fantastic Day can show more here and at a price, he’s worth using.

The horse I’m most interested in is I’m Leaving you (12-1 ML) who ran ok in his debut, a race that lacked pace. Last time he had a wide post, drifted out a bit just after the start, then when crossing over to the inside prior to the first turn, he got in tight and was hard held by the jockey. It did not seem like I’m Leaving You had any interest in running after that early trouble. Both his races were maiden allowance races so, at a fair price, I’m Leaving You is worth a look entering the maiden claiming ranks for the first time. Bet365 is a helpful resource when looking for a fair price for these maiden allowance races.