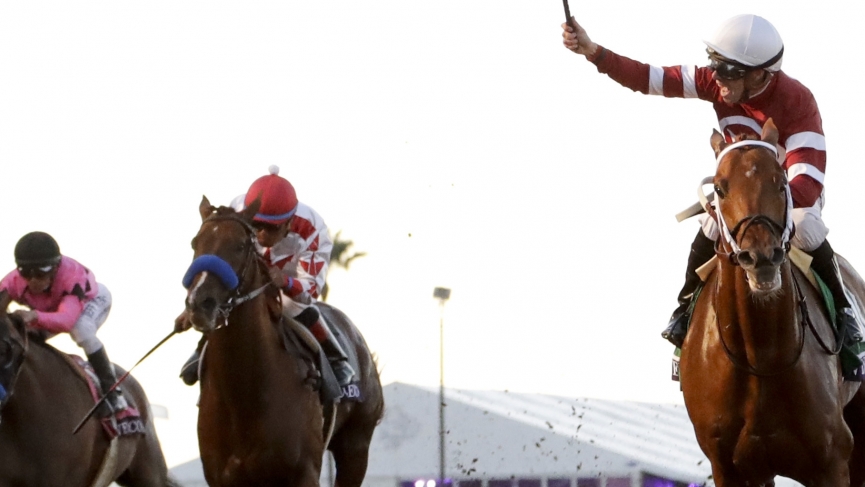 Yesterday, Pink Lloyd continued to beat overmatched sprinters at Woodbine in the Shepperton. Fresco is no longer a maiden after taking the New York Stallion Series at Saratoga. Today, Saratoga has the feature in the grade three Quick Call. Del Mar also returns after not running last week with a pair of stakes features. It’s time for my Del Mar picks and Saratoga prediction.

The Saratoga 9th is the grade three Quick Call going 5 ½ furlongs on turf for three-year-olds. I’m not really against morning-line favourite Jack and Noah who can obviously win but he typically likes to go to the front and will likely have to deal with the rail runner High Cruise. If High Cruise can’t translate his dirt speed on turf than Jack and Noah will be in front and while he has wired a couple of stakes fields he has also blown clear advantages. He has only gone off as the favourite once previously, it was probably his worst performance to date and he isn’t overly appealing at around even money.

Trainer Linda Rice has entered two. Turned Aside will probably be the shorter price of the two but he is of little appeal. He has finished second to Jack and Noah on three previous occasions and has post eight. Don’t see how chasing Jack and Noah who has always been faster early, ends up working out well. Most of the scenarios where he turns the tables involve a wicked hot pace that Jack and Noah get caught up in and in those scenarios Turned Aside would still have to hold off the closers late as he only projects to be a length or two off the lead early. 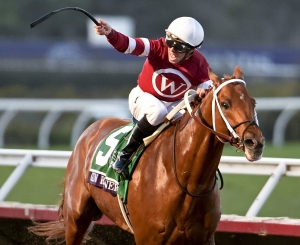 I much prefer the other Linda Rice trainee Power Up Paynter (12-1 ML) and he is my play. He returns on just four days rest but considers that Linda Rice does well with quick returnees. The best example that comes to mind is Voodoo Song who trainer Rice brought back on three days’ rest at Saratoga and ended up running him four times over the six-week meet.

Voodoo Song was not impacted by the lack of rest as he won all four races going from the claiming ranks to a grade three winner. I’ll trust that trainer Rice knows what she’s doing and she’s had a strong start to the Saratoga meet.

Power Up Paynter has run four times on turf and his three best performances have come on the surface. He took a lot of money in that race four days ago and think it might have been a tougher spot against classy older horses such as Dowse’s Beach and Dr Shane. He also had a miserable trip that day when having to steady slightly approaching the turn and then having to alter course in the stretch after an incident directly in front of him which led to a lengthy inquiry. He gets a significant rider upgrade to Irad Ortiz Jr (5 wins yesterday), is on his best surface, gets back to facing only three-year-olds and if you trust Linda rice on the quick turnaround he merits consideration.

The Del Mar 2nd is an $8,000 claimer for three-year-olds and up going 6 ½ furlongs on dirt. Papa Turf will likely be your favourite and while he can win, he is winless in 14 career starts at Del Mar and is coming off a small layoff.

I prefer Burn Me Twice (3-1 ML). Yes, Papa Turf has beaten Burn Me Twice the last five times they have met but consider all those races were at Santa Anita. Unlike Papa Turf, Burn Me Twice has excelled at Del Mar winning a pair of races in six tries. Note he is the only horse that has won at Del Mar before (Tiz Love will scratch). Yes, he could have shown more last time but he was coming off a three-month layoff and has rebounded off poor efforts previously. Also, consider that it was a live race as the third and sixth place finishers have come back to win.

The Del Mar 5th is an allowance optional claimer for fillies and mares three years old and up going five furlongs on turf. Bulletproof One has an outside post and looks fastest early but consider to this point she has not shown the same early foot on turf as she has shown in her synthetic and dirt races. That early speed helped her go a perfect three for three on synthetic and win two of five dirt races. It has not, however, helped her on turf where she is winless in three tries. She is one of two three-year-olds in this field and this is her first start against older horses. I’m against her.

Perhaps morning-line favourite Querelle can win but she is pace dependent and both her wins in the U.S. have come rallying in slightly longer 5 ½ furlong races at Santa Anita. I have no interest in finding out if she can get up in time at today’s five-furlong distance.

The horse I want is Miss Hot Legs (6-1 ML) who has seen both her wins come at today’s distance and she has hit the board in all of her starts at Del Mar. Throw out her last races at the wrong distance, a mile. Two starts ago she faced a much tougher where the second-place finisher Oleksandra came back to win the grade one Jaipur. Three starts ago she was coming off a three-month layoff and four starts ago she was winning at Del Mar. She has plenty of early speed to get good early position either setting the pace or stalking Bulletproof One and overall she looks best.