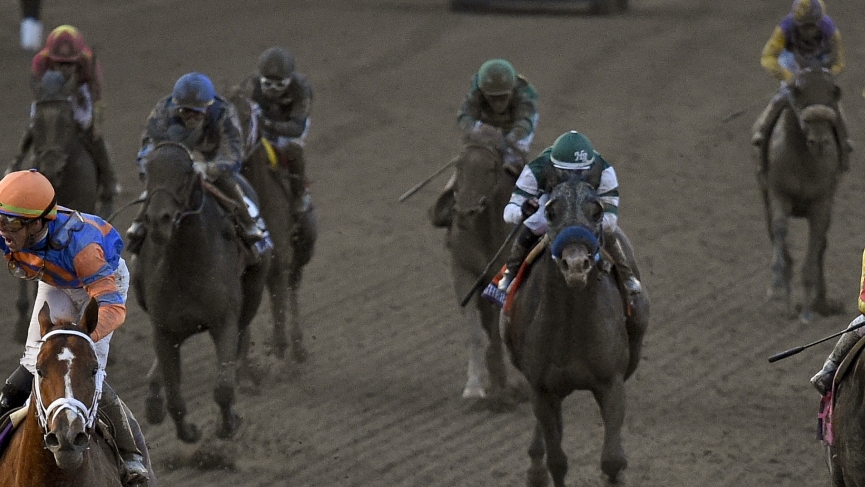 A busy Saturday of Horse Racing with stake races at both Churchill Downs and Santa Anita. A pair of Grade 3 events for fillies and mares on turf lead the way, one for older horses at Churchill and the other for 3-year-olds at Santa Anita. Let’s look at some races.

The Churchill 1st is a maiden claiming race for $75,000 going 6 furlongs on dirt. It’s essentially a maiden allowance considering every horse in this race is dropping from that classification. Virtually every horse in this field including your favorites has shown an ability to come from off the pace and pass horses. Naturally, the first question that comes to mind is who will be on the lead?

Dancewiththedevil (15-1 ML) is my play as she flashed brilliant early speed in her debut at Oaklawn being part of a hot pace. While she was well beaten that day, she figures to have a much easier time on the lead today. At a price, I’m willing to find out if she has talent in her 2nd career start. The winner of that race had an experience edge for Bob Baffert. Also, I like the presence of jockey Ricardo Santana here as he has had success with this barn in the past.

Churchill 7th: Trust the speed of Break Even

The Winning Colors stakes is a 6-furlong event for fillies and mares 4 years old and up. Normally I wouldn’t put a race where I think the 2 favorites are going to run 1-2 in this article but I much prefer Break Even (9/5 ML) who looks like the speed of the speed.

The other speed threats are Take Charge Angel who was in the Eight Belles last year and couldn’t run with Break Even, Lady Suebee who probably needs the lead to be effective but she doesn’t appear fast enough to get in front of Break Even, especially not from an outside post. I’m sure Sneaking Out will try to show speed from the rail, but she doesn’t have a race on paper that is fast enough to take the lead here. 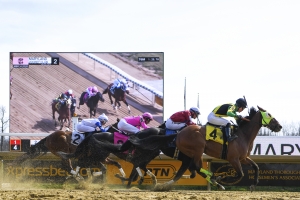 Break Even has competed at Churchill Downs once before when she won the Grade 2 Eight Belles. That day she was both facing graded stakes company and going further than 6 furlongs for the initial time. She set a wicked opening half-mile of 44 seconds flat and won convincingly anyway. After suffering the first 2 defeats of her career, she got a confidence-building win last time and jockey Rosario never seemed to fully extend her. If she gets the lead to herself, think she picks up her 8th career win.

It’s hard to knock anything morning-line favorite Mia Mischief has done. She has been in the exacta in 7 of 8 starts at Churchill Downs. Churchill is also the sight of her biggest win in the grade one Humana Distaff. While she was terrific last time in the Carousel, the favorite that day Bellafina missed the break.

If Break-Even gets a clear lead, it will be tougher for Mia Mischief to run her down than it was to run down Amy’s Challenge last time. Also, Mia Mischief earned a 99 Beyer for her last something she also did in her win in the Humana Distaff. The problem is her 6 races in between those 2 figures were not nearly as fast (highest Beyer was an 89) so I do have doubts that she can repeat that figure today.

The grade 3 Honeymoon Stakes is a 1 1/8 miles event on turf for 3-year-old fillies. Parkour has done her best work on the front end wiring 2 out of her last 3 races. In the Blue Northern 2 back, however, she could not get the lead, a race that was wired by Laura’s Light who is here.

Considering how much better Parkour runs when on the front end, it’ll be interesting to see how insistent she is on having the lead. Keep in mind while these horses have been running mostly mile races, they do have to get an extra furlong here so a speed duel could be detrimental to either horse’s chances.

The horses I want are the ones coming out of the China Doll stakes, in particular, Stela Star and Guitty (8-1 ML). Stela Star will likely be your favorite as she has shown she can be versatile wiring a group 3 event in Ireland and in her North American debut, she made a rally from far back, going 6 wide to finish 2nd. She does however have to work out a trip from post 9.

If you watch Guitty’s last win at Del Mar in November of last year, it was evident she won that race on talent as she was fighting her rider most of the way. She continued to fight her riders the remainder of her 2019 season losing multiple times to Laura’s Light.

In her 3-year-old debut, however, she was more relaxed and made up ground late. Unlike last time from post 12, she gets a ground-saving post today. If she once again is able to relax and conserve the energy she had been using to fight her rider, she may be able to provide a thorough rally in the stretch. At possibly 3 times the price of Stela Star or more, Guitty is worth considering to pull the upset.