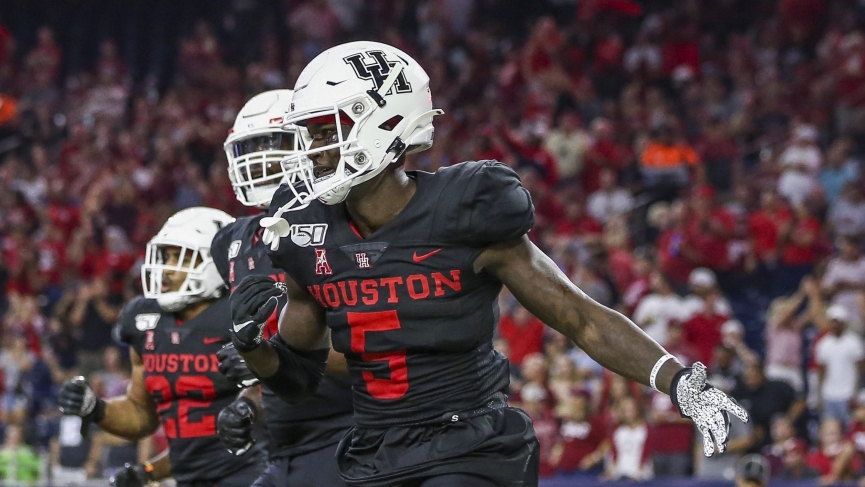 The Houston Cougars have salvaged their football season and will be making their season debut Thursday Night against American Conference foe Tulane Green Wave. The Cougars have not had any COVID-19 positive tests but could not play against their first three opponents in Memphis, Baylor, and North Texas. The Green Wave has played three games to earn a 2-1 straight-up (SU) record and 1-2 against-the-spread (ATS) mark. The lone loss occurred in their second game (Week 3), losing to the Navy Midshipmen 27-24 and failed to cover the spread as 5.5-point home favorites.

Returning Starters is a Significant Factor

The Cougars have a significant luxury having 10 of 11 offensive starters and 9 of 11 defensive starters from last year’s disappointing 4-8 SU and 2-6 American conference record. Head Coach Dana Holgorsen is entering his 10th season as a head coach and spent the first seven seasons as the general for the West Virginia Mountaineers. So, having a total of 19 returning starters has the Cougars team and faithful looking for a big winning turnaround from last season.

The Cougars have their entire offensive line returning, including junior quarterback Clayton Tune, making his 10-career start. The offensive line is the single most challenging unit to develop a strong cohesiveness and chemistry among the five-player positions. Any team with all five returning has a significant advantage over any team, especially rebuilding their defensive unit.

The Green Wave returns just five starters on offense and seven on defense from last year’s 7-6 SU record, including a 30-13 SU win and comfortable cover ATS as 7.5-point favorites against Southern Mississippi in the Armed Forces Bowl. The coaching staff has decided to start a different quarterback in Michael Pratt for this game. So, despite their success achieved last season, the Green Wave is in the midst of a rebuilding season.

The Current lines are all priced with the Cougars favored by 6.5 points and a 58.5-point total line at the major sportsbooks. The public likes betting home favorites, and they are exhibiting that betting behavior in this game too. The Cougars have received 55% of the 1075 betting tickets and are accounting for 70% of the money bet, which reflects both the public and the large betting professionals backing the Cougars. The Pros and Joes, as the amateur bettor referenced, are seen on the same side of a game and this is not an unusual situation.

What’s Next for These Teams?

Looking at the previous game boxes core and adding those statistics to a database query can provide meaningful results and guidance to making the correct bet. For instance, the Green Wave is coming off a dominating 66-24 road win as 3.5-point favorites over Southern Mississippi. The natural question is how the Green Wave do following an offensive explosion in a game in which 60 or more points were scored.

The massive database finds this a simplistic request and reveals that the Green Wave is 6-23 SU for 32 wins, 18-30 ATS for 38% winning bets, and the ‘UNDER’ has earned a respectable 53-31 record good for 63% winning bets following a game in which 60 points were scored. The results become worse for the Green Wave when they are coming off a game in which 80 or more total points were scored going 3-16 SU losing the game by an average 13 points, 6-13 ATS for 32% winning bets, and failing to cover the spread by an average of 5 points, and the ‘UNDER’ posting a sparkling 7-4 record good for 65% winners.

The machine learning models projects that the Cougars will not gain more than 100 rushing yards and that the Green Wave will run at least twice as many running plays as passing plays. In past games in which the Green Wave met or exceeded these performance measures have seen them go on to earn a 9-3 SU record for 75% wins, 10-2 ATS for 83% winning bets that have covered by an average of 14 points, and an even 6-6 total record.