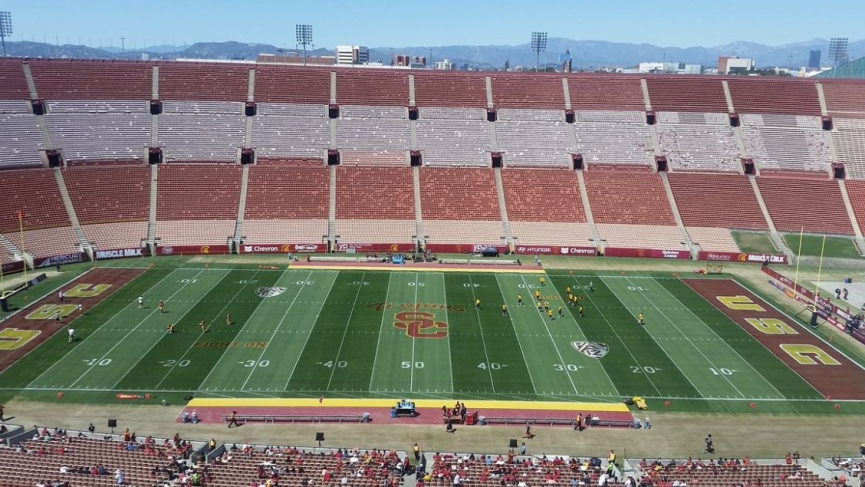 Pac 12 Championship Oregon vs USC Pick: It’s a home run spot for the Trojans on Friday night. USC is 4-1 ATS in their last 5 as the home favorite, while the Ducks on an 0-6 ATS slide as the road dog. It’s the PAC-12 Championship, Friday night in LA.

A short, strange trip comes to an end in the Pac-12 Friday night, and while it isn’t exactly how things were drawn up before the 2020 season began, the conference championship does include the two teams originally expected to battle for the title as the Oregon Ducks take on the USC Trojans.

Original plans had the Pac-12 testing out the new stadium in Las Vegas for this year’s title game. Instead, the matchup was moved to the Los Angeles Memorial Coliseum, the Big FOX handling broadcast chores. DraftKings is selling the Trojans on a -3½ line with 62 for the total.

Oregon backed into this appearance as the Pac-12 North representative when Washington withdrew earlier this week. The Ducks were supposed to be the class of the conference, even a potential College Football Playoff participant, and looked as if they’d live up to that advance billing with three wins to begin the schedule.

Then came a turnover-marred loss in Corvallis to rival Oregon State, the Ducks blowing a 12-point lead in the second half to bow 41-38. The hangover from that loss continued the next week at Cal in a 21-17 setback, Oregon once again shooting itself in the foot with a couple of late fumbles.

Southern Cal made it through a 5-game schedule unscathed, garnering recognition as the Comeback Kids along the way. It started with a rally to beat Arizona State in the opener, continued the next week with another comeback at Arizona, and concluded this past Saturday with a 43-38 triumph in the Rose Bowl over rival UCLA. Favored by 3½ on the college football odds board, the Trojans scored 20 points in the fourth quarter to pull out the win.

Friday marks USC’s third trip to the Pac-12 Championship, the others coming in 2015 and 2017. Oregon is making its 2nd-straight appearance and fourth overall. The Trojans own a 38-21 advantage in the rivalry, plus a couple of ties, but the Ducks have won five of the last seven matchups.

Last year’s regular-season meeting saw Oregon wax USC, 56-24, in the Coliseum as 3½-point chalk. Six of the last seven clashes have gone past the totals, and the favorite has come away with the straight-up and ATS wins in the last four. The Men of Troy get it done once again with a win and a cover on Friday.