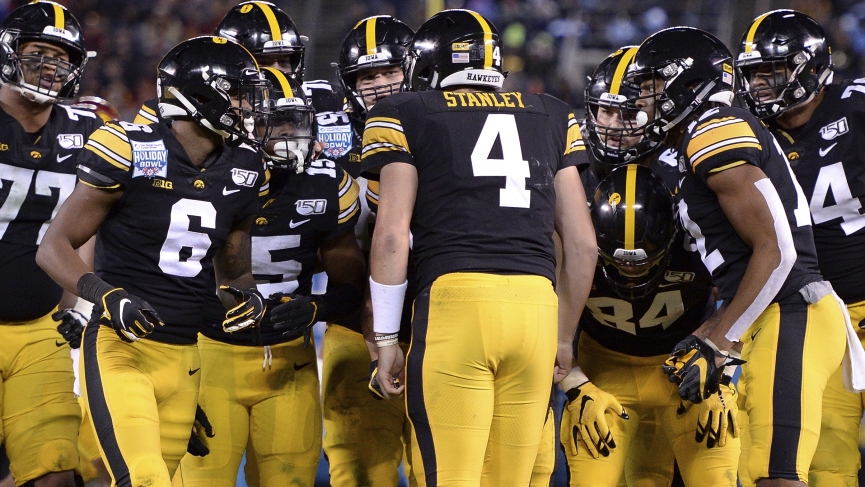 When it comes to coaching stability in college football, names like Nick Saban (13 seasons at Alabama), Dabo Swinney (12/Clemson) and Gary Patterson (20/TCU) come to mind. Maybe even Mike Gundy (15/Oklahoma St.) and Frank Solich (15/Ohio) are brought up. Often lost on the list is Kirk Ferentz who just finished his 21st season at Iowa, and just as underrated as his Hawkeyes usually are.

That lack of notoriety suits Ferentz just fine and has often been a boon to anyone playing Iowa as part of their college football picks. The Hawkeyes put the wraps on a 10-win season this past year with a dominant win in the Holiday Bowl over the mighty USC Trojans, who were slight favorites, and Iowa’s three losses on the year were by a measly 14 combined points.

Being in the thick of the Big Ten race and coming up with another 10-win season might be asking too much for this season, however. Everyone in the conference – indeed, most of the nation – is chasing Ohio State, and the Hawkeyes aren’t getting a lot of love on the National Championship front as 100/1 longshots at DraftKings.

QB Only Skill Position Of Concern On Offense

With spring practices called off, Ferentz and his staff missed a large chunk of time to make early evaluations for next season’s depth chart. The good news here is Iowa President Bruce Harreld told the school board earlier this week, “June 1 is the date we’re going to get back to practice.” 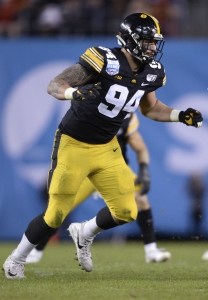 If that’s true for Iowa and everyone else, it’s the best news we’ve had in a while since it would help prevent the season from being delayed. Ferentz’s only interest is getting in 6-8 weeks of practice so he can decide who will quarterback the Hawkeyes this year. Nate Stanley has been under center the past two seasons, and though unspectacular, was good enough to be picked by the Minnesota Vikings in the 7th-round of the 2020 NFL Draft. Redshirt sophomore Spencer Petras, who has thrown all of 11 passes in his collegiate career, is the logical replacement. He is a former 4-star recruit (2018) out of California, and his only real competition is Alex Padilla, another redshirt soph who has yet to throw a pass at the college level.

Iowa had a rather lethargic offense overall last season, but the good news is the top three running backs return along with almost the entire receiving corps. Tyler Goodson has a leg up to repeat as the team’s top rusher, but how many yards he or anyone else puts up will be largely determined by how the O-line performs. Tackle Tristan Wirfs, the 13th overall pick by Tampa Bay, leaves a huge hole to fill, along with starting guard Landan Paulsen. Indiana transfer Coy Cronk should take Wirfs’ opening, plus the Hawkeyes have starting center Tyler Linderbaum and tackle Alaric Jackson back.

It was the defense that did the heavy lifting for Iowa in 2019, the unit ranking top 20 in most meaningful categories including fifth in scoring (14.0 ppg). Nobody scored more than 24 in a game against the Hawkeyes and coupled with the lack of offense, helped anyone playing the low side of college football totals to cash eight times.

The front 7 took major hits with the departure of A.J. Epenesa and Cedrick Lattimore on the line and Kristian Welch at linebacker. There are some strong players returning like DE Chauncey Golston and LB Djimon Colbert, and the Hawkeyes hit the D-line recruiting trail hard. There’s also the loss of safety Geno Stone, though the secondary should be in pretty good shape.

The Hawkeyes won’t leave home the first two weeks with in-state rivalry matchups against Northern Iowa and Iowa State. Iowa will be looking for its sixth consecutive win in the Cy-Hawk Trophy series after rallying to win in Ames last September. It’s Week 3 when we should first see how the Hawkeyes stack up for 2020, the contest at Minnesota finding the Golden Gophers seeking revenge after Iowa handed them their first loss following a 9-0 start a year ago.

A win at Minnesota could have the Hawkeyes 5-0 heading into the make-or-break games of their schedule in mid-October. That’s when Iowa makes consecutive road trips to Ohio State and Penn State. In addition to the Buckeyes being a top contender on college football futures boards, the Hawkeyes haven’t won in Columbus since 1991. The Nittany Lions have beaten Iowa 6-straight, last year’s 17-12 win in Iowa City enough to cover a 5½-point spread.

Iowa closes the season at home against Wisconsin, that contest potentially deciding the Big Ten West. That would take winning two of those three big road games, however, and I just don’t see it. The Hawkeyes are a no-play for me on the College Football odds futures market.