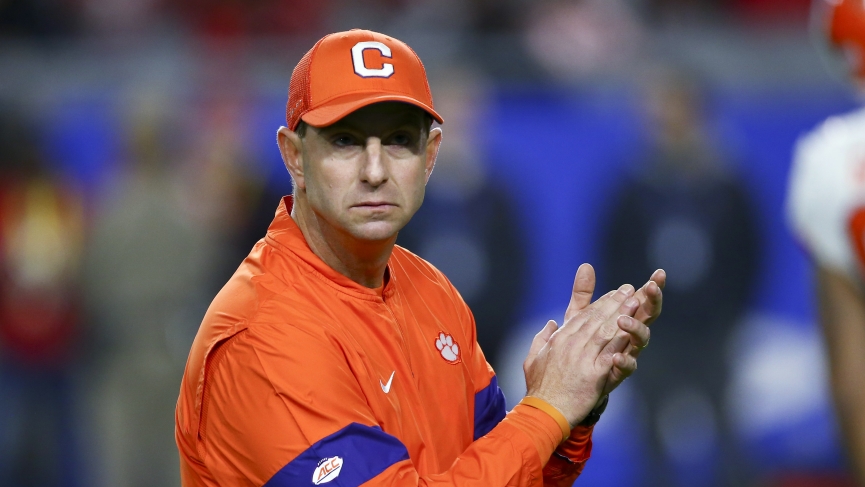 OddsHQ’s Clemson vs Wake Forest Pick for this week’s College Football: The Tigers take their gaudy ATS record into Winston-Salem on Saturday night, in this ACC showdown. 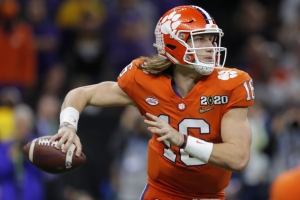 Quarterback Trevor Lawrence and his Clemson Tigers will look to avenge their 42-25 College Football Championship loss to the LSU Tigers. Clemson did not get much respect having to play in a weaker edition of the ACC conference, but they impressed all fans with their 29-23 win over the Ohio State Buckeyes in the Fiesta Bowl. This season will be no different in the ACC matchups and the Tigers may be favored by more than double digits in every one of them.

Number One Overall Pick in the 2021 NFL Draft

Trevor Lawrence completed 65.8% of his 407 pass attempts for 268 completions combining for 3,665 yards with 36 touchdowns and just eight interceptions. All these performance measures combined for a 167-quarterback rating that ranked 8th-best in the nation. LSU’s quarterback and former Ohio State student/athlete Joe Burrow was the first pick overall in the 2020 NFL draft and led the nation with a ridiculous 2020 quarterback rating. Lawrence has all the potential to post even higher numbers than Burrow did in 2019.

The Tigers Have Depth at Every Position

Lawrence is a Junior and he will have two outstanding returning starters, who are Seniors in running back Travis Etienne and wide receiver Amari Rodgers. However, there are several freshmen, who will shine in this spread offensive scheme. One of them is E.J. Williams, who is 6-3, 190 lbs, and hails from Phenix City, Alabama. This young man has skillsets far beyond his years and the Crimson Tide will someday greatly regret not paying more attention to him and signing him to their program. As a Junior and Senior in High School he averaged 16.8 yards-per-catch and scored a touchdown on every 4.7 catches and was ranked fourth-best player in the State of Alabama.

Are the Tigers Over Valued Entering the 2020 Season?

Returning Starters Are a Factor

Wake Forest is returning just three starters on offense and the unit’s lack of playing time and chemistry will be a glaring problem facing an extremely strong Tiger defensive unit. However, Wake Forest returns eight starters on defense and that chemistry has the potential to expose the lack of playing time the Clemson offensive unit has had together so far this season. So, this lends itself to an ‘UNDER’ bet on the first-half line.

This betting system has earned a 38-11 ‘UNDER’ record for 78% winning bets against the first half ‘UNDER’ line over the last five seasons. This system instructs us to bet ‘UNDER’ with any team that outscored their opponents by an overage of more than 10 points in the previous season and is a matchup where both offensive units are returning five or fewer starters.  The team referenced in this system is Clemson.

Here is another first-half system that references Wake Forest and has earned a 64-26 ‘UNDER’ record for 70% winning bets over the last 10 seasons and instructs us to bet ‘UNDER’ in Week 1 and 2 with any team using the first-half total that was a good offensive team from last season that averaged 31 or more points per game and between two teams that return five or fewer offensive starters.

The Tigers defense will overwhelm and dominate the Wake Forest offense. Wake Forest is projected to gain no more than 4.5 yards-per-play and will not gain more than 300 total offensive yards. In past games in which the Tigers met or exceeded these performance measures the ‘UNDER’ has earned a remarkable 23-8 ‘UNDER’ record good for 71% winning bets since the start of the 2016 season. Bet the ‘UNDER’ and expect the Tigers defense to dominate. The best current odds available on the Under 60 is at (-110) via PointsBet