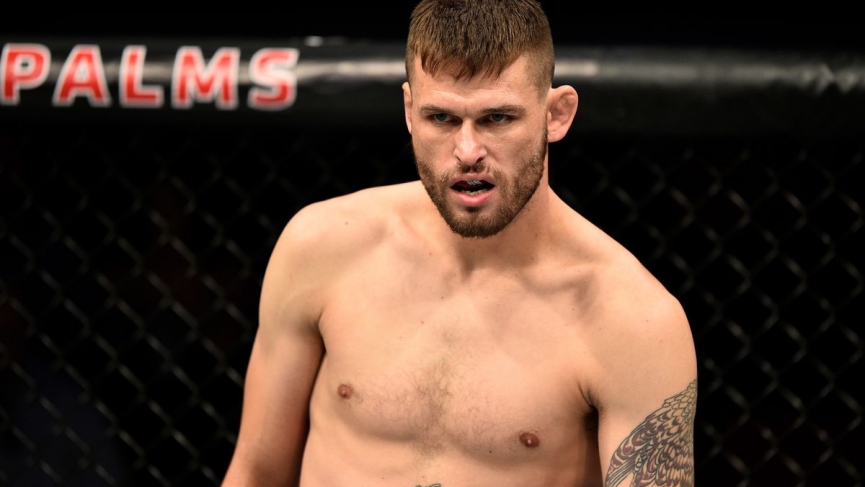 From a betting perspective, the biggest favorite on the UFC 255  card is in the co-main event, with women’s flyweight champion Valentina Shevchenko at -1667.  I don’t see any value on her opponent Jennifer Maia at +800  (via WilliamHill).

Perry (14-6) looks for back-to-back wins for the first time since July 2017 when he faces Means. “Platinum” last defeated Mickey Gall by unanimous decision at UFC Fight Night in June. The 29-year-old has lost two of his last three fights and has gone the distance in three of his last four fights.

Means (30-12-1) replaces Robbie Lawler in this matchup, who had to pull out of the fight due to an injury. “The Diry Bird” is coming off a unanimous decision victory over Laureano Staropoli at UFC Fight Night in August. The 36-year-old has alternated between wins and losses in his last five fights

As the odds indicate, this is a really close fight, but I do give a slight edge to the underdog Means. The Albuquerque native has a clear edge in experience, who has 43-career fights compared to just 21 for his opponent. Means is also very difficult to finish, having been knocked out just twice in his entire career. I see this hitting the judges scorecards, with Means pulling off a very close decision win. For that reason, I see plenty of value on Means as the +130 underdog.

Moreno (17-5-1) headlines the prelims against Royval in a pivotal matchup in the 125-pound division. “The Assassin Baby” has remained undefeated since rejoining the UFC in 2019, going to draw with Askar Askarov and defeating Kai Kara-France and Jussier Formiga.

Royval (12-4) replaces Alex Perez who was bumped to the main event with Cody Garbrandt pulled out due to injury. “Raw Dawg” has defied the odds this year, pulling off upsets in both of his UFC bouts with stoppage victories over Tim Elliott and Kai Kara-France. The Factory X product carries a four-fight win streak into this matchup.

Moreno is rightfully the favorite here and will be my pick for this fight. However, there is plenty of value on Royval as the underdog. The 28-year-old has one of the best ground games in the division and while Moreno hasn’t been stopped in the UFC, he was submitted by Alexandre Pantoja on TUF 24.  In addition, I see an edge in wrestling for Royval as well, so that could neutralize Morneo’s superior striking game. For that reason, I see value on Royval at +165.

Buckley (11-3) picked up his first UFC victory after coming off a viral knockout victory over Impa Kasanganay at UFC Fight Night last month. The 26-year-old has won three of his last four fights, win his lone setback coming against Kevin Holland at UFC Fight Night in August.

Wright (11-0, NC) also picked up his first victory in the Octagon with a TKO win over Ike Villanueva at UFC Fight Night in August. “The Beverly Hills Ninja” remains undefeated despite losing by first-round knockout to Anthony Hernandez on DWCS, which was later ruled a “No Contest” due to Hernandez testing positive for marijuana. The 29-year-old has finished 11 of his 12 carer opponents.

While Buckley is understandably the favorite in this fight, I do think Wright is being overlooked in the matchup. The biggest knock has been on the level of competition Wright has faced throughout his career, however, he seems to have reinvited himself over the last two fights working with former UFC heavyweight Antoni Hardonk.  In addition, Wright will have a three inch height and four inch reach advantage in the bout. It’s entirely possible Wright could knock out Buckley quickly like he has with so many other opponents. For that reason, I see value on Wright as a +255 underdog via WilliamHill.

Keep it locked to Odds.com for all of your UFC betting needs for UFC 255 The best current odds and content can be found on our UFC page.