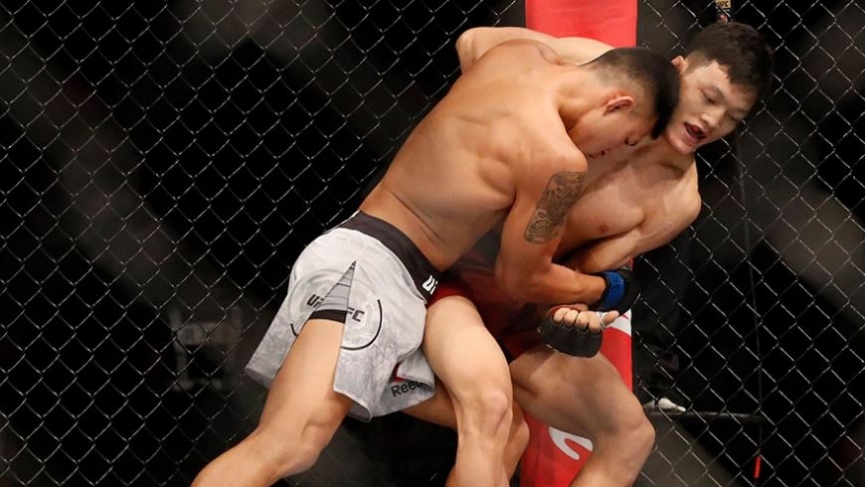 Su Mudaerji vs Malcolm Gordon Pick – UFC Vegas 15: After an action-packed and violent UFC 255, it is back to the ESPN+ cards for the UFC, and this week we will be flipping some coins! We have gone on a very long stretch of fights where there are massive favorites and wide lines, but this week we have a card where almost everyone on the slate is a pick-em. Tread lightly this week because you can play either side of each fight and find justification to do so.

Su Mudaerji is a young fighter out of the thriving MMA scene in China. Su will be stepping into the UFC cage for just the 3rd time on Saturday, but he already has the look of an exciting prospect. Su has done some training at Tiger Muay Thai and ATT, both top gyms that I hold in high regard and gyms that will have a young fighter on a path of success in MMA’s sport. Su is light on his feet and has very long limbs allowing him to hit his opponents at the range when they struggle to fire back. Su has a nasty head kick and very sharp boxing that have to lead him to his 10 KO/TKO wins, and he is at the right age where we can expect constant improvements.

Malcolm Gordon is a BJJ blackbelt with a sneaky submission game. Even though Malcolm has 4 KOs on his record, when you watch him fight, it is clear that his bread and butter is on the mat. In fact, Gordon seems like he doesn’t enjoy being hit and appears uncomfortable on the feet for a fighter with 16 professional fights.

The UFC matchmakers throw us for a loop right off the bat in this fight where we have a striker vs. grappler match up. I will fully admit that I side with Su here, but -333 is a little bit crazy. When you watch these two in action, it is clear that Su has a higher upside, but how many times have we seen these young 20-something-year-old prospects bust right in front of us due to lack of experience? An upset is very much on the table this weekend when the cage door closes behind Su and Gordon because Malcolm Gordan has the one thing that Su appears to struggle with.

Undercard Best Bet: Gordon/Mudaerji Under 2.5 Rounds (-200) via Bet365: Both men have 12-4 records coming into this fight, and all 4 of Su’s losses have come by way of submission. Similarly, 3 of Gordon’s four losses have come by way of knockout, and you can see that this man just does not like getting hit. This fight will be a tale of who can implement their gameplan first, and honestly, I don’t expect it to take long. Every fight starts on the feet, and I fully expect that Su will KO Gordon if he is forced to stand, but Gordon might panic wrestle as soon as he gets tagged and find his way onto Su’s neck or arms. No matter who ends up getting the better of their opponent, there is such a gap in skill that I fully expect this fight to end early. The total is not widely available yet, but the books that have opened it have the under in this fight set at 2.5 rounds, which I got at +110, which is music to my ears. Rather than betting on a young fighter who can wreck your parlay at huge chalk, take the under and expect him to get the finish while protecting yourself against that dreaded armbar from guard.