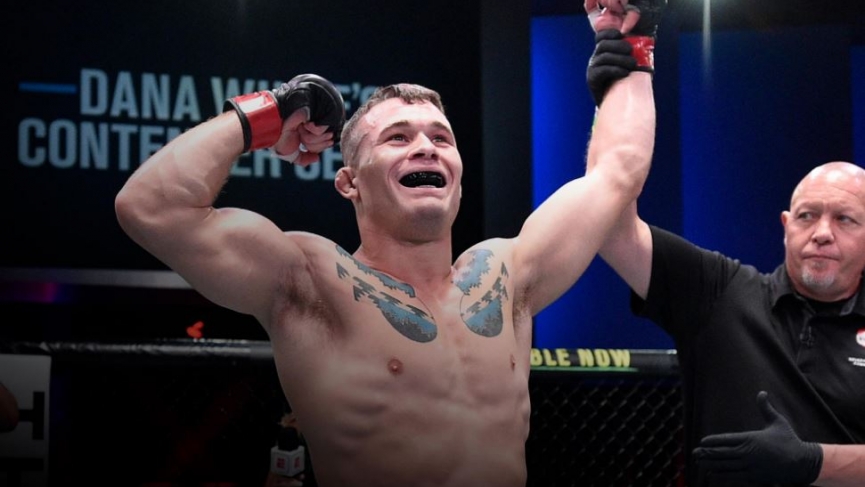 Louis Cosce is undefeated coming into his debut in the UFC on Saturday. Of his 7 pro-fights, only his last two were lined with global odds posted. Cosce cashed as a huge -1400 favorite in December of 2019 against Art Hernandez at Combate 52, winning inside the distance by T/KO in just 18 seconds.

He got his shot on Dana White’s Contender Series in mid-August, picking up another 1st round stoppage victory over Victor Reyna, this time as a +140 underdog.

Cosce is a -455 favorite on Saturday via WilliamHill, and is even lined as high as -190 to win ‘Inside the Distance’. The oddsmakers have very high expectations of Cosce, which is indicated in a line that could get as high as -500 by fight night. Unfortunately, pretty much all the value that was ever available backing Louis Cosce is gone.

If you were going to back Louis ‘the Monster’ in this fight, it would probably be best to pick a round. The 1st round win by Cosce is the favored line at +185. With Cosce Round 2 at +550, and Cosce Round 3 at +1200. Needless to say, the bookies think Louis makes quick work of his opponent. With that in mind, it may also be worth taking a shot at the ‘Under 1.5 Rounds’ prop, which can still be gotten for an affordable price of -145.