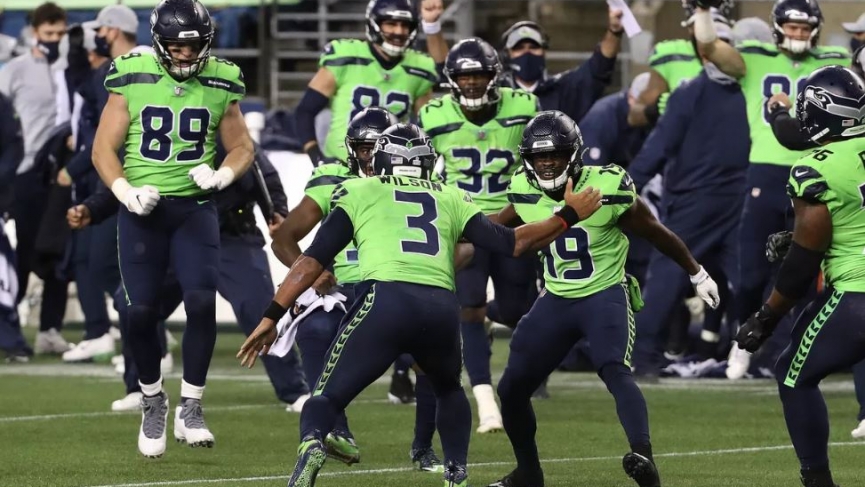 The Seattle Seahawks are one of only three undefeated teams left in the NFL. They are 5-0 this year including being 2-0 on the road. The Seahawks have not lost a game in Arizona in their last 7 straight, their last loss there being back in 2012. The Seahawks have an ATS record of 4-1 on the season and they are 2-0 ATS as a road team. The Seahawks offense is led by their star quarterback Russell Wilson. Wilson is averaging 331 passing yards per game with a 72.8% completion percentage, 19 touchdowns, and 3 interceptions. He also averages 30.6 rushing yards per game. The Seahawks offense is averaging 115.4 rushing yards and 33.8 points per game.

The Cardinals defense is allowing 226.5 passing yards, 119.7 rushing yards, and 18.7 points per game. This Seahawks offense has a lot of talent on it from Wilson to Carson to Metcalf. They will be able to run on this Cardinals defense trying to control the pace with lengthy, time-consuming drives. They come into this game a -3.5 favorite and have won 4 of their 5 games this year by 4+ points. Also, in the 7 years that they haven’t lost in Arizona, there have only been 2 occasions where they did not win by 4+ points. Russell Wilson is a big candidate for the MVP award this year and he should be able to lead his team to another big victory over the Cardinals on Sunday.

Not in the Cards

The Arizona Cardinals enter this game coming off of a win that snapped a 2 game losing streak for them. The Cardinals are 4-2 SU this year but they are also 4-2 ATS and have a home ATS record of 1-1. The Cardinals have not faired well at home against the Seahawks in past years. They look to turn that fortune around with their new franchise quarterback, Kyler Murray. He leads this Cardinals offense with 309.5 passing yards, a 65.9% completion percentage, 10 touchdowns, and 6 interceptions. He is also a big dual-threat quarterback as he averages 61.7 rushing yards per game and has 6 rushing touchdowns on the season.

The Cardinals’ offense is averaging 161 rushing yards and 27.7 points per game. The Seahawks’ defense is allowing 370.4 passing yards, 100.8 rushing yards, and 22.5 points per game. This is a Seahawks defense that gets shredded through the air week after week. The Cardinals’ strength on offense is clearly their running game and they will try to use that to dictate the pace of the game. Their run game will help them move the ball through the air with more ease but, if this game turns into a shootout Murray will not be able to keep up with Wilson. This game should be lower scoring as it will be a tough divisional battle for both teams but, will still be a steep climb for the Cardinals despite being on their home field.

The best current price on the Seahawks ATS is -3 at (-120) via PointsBet: This is a very important game for both teams. Either team has a shot at taking the division with solid records to start the season and all their divisional games are still left in front of them. Both teams have a lot of talent and will come to play hard here but, the Seahawks edge out the Cardinals for talent. The Cardinals will be missing key players on both sides of the ball, Chandler Jones missing will open up a hole for the Seahawks to run through. Hopkins is also injured and is likely to miss the game giving a huge blow to the Cardinals passing game. They haven’t won against the Seahawks at home since 2012 and the situation isn’t getting any easier for them. The Seahawks are covering ATS, they’re winning games by larger margins, and Wilson always finds a way to get it done in Arizona. Seahawks win and cover -3.5.