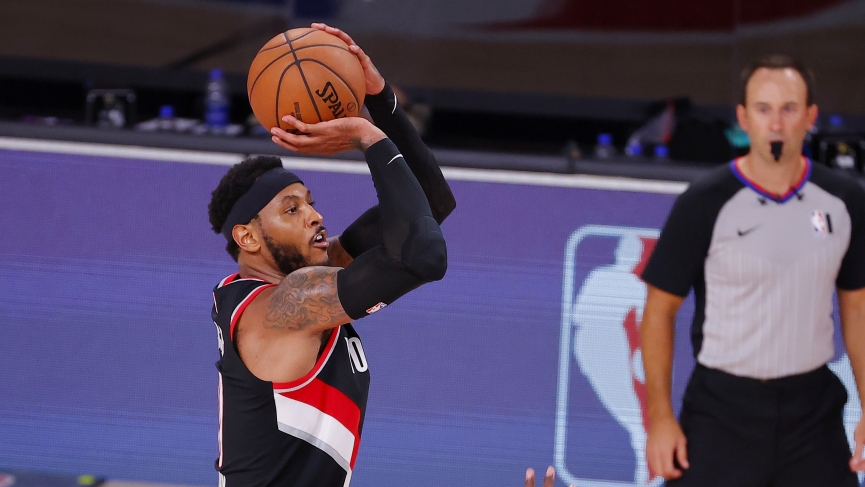 Diving into my Portland Trail Blazers vs Denver Nuggets Pick, the Portland Trail Blazers has played like a runaway freight train so far in the NBA restart in Orlando. Portland is 3-1 SU, 4-0 ATS in their first four games with the only straight-up loss being a narrow defeat to the Boston Celtics. The Blazers are playing with an incredible sense of urgency as they try to climb their way back into a playoff spot in the Western Conference and they are off to a fantastic start in trying to accomplish that goal.

I had Portland circled as ‘bet on’ squad right out of the gate as the NBA is set to resume play. The Blazers are as healthy as they’ve been all season and their ravaged frontcourt is just about back to full strength with the return of Jusuf Nurkic and Zach Collins. That low post duo combined with the backcourt explosiveness of Damian Lillard and C.J. McCollum suddenly makes the Blazers a team that appears to be more resembling the team that went all the way to the Western Conference Finals against Golden State last season than the team that suffered through mediocrity this year for most of the regular season.

Portland’s defensive play has been a sore spot at times but they got key stops down the stretch of their last game to defeat the Houston Rockets and hand them their first loss of the restart. Portland is dangerous and they are playing with some serious purpose right now.

The main storyline for the Denver Nuggets throughout their first few games has consistently been who exactly is going to be available for them and be on the court. Denver had three key starters out of the lineup for their game against San Antonio yesterday as Jamal Murray, Gary Harris and Will Barton all sat out, and yet the Nuggets managed to overcome those absences and pull away late to beat the Spurs 132-126. 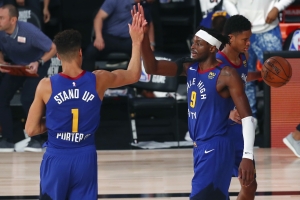 Denver has managed to keep their offense rolling and have been able to score the basketball over the last two games pouring in 121 and 132 points in two consecutive wins against Oklahoma City and San Antonio in spite of the injuries because of several factors.

Nikola Jokic has stepped up at the offensive end and been a monster for the Nuggets in the low post along with the emergence of Michael Porter Jr. The former Missouri star is finally living up to the hype he had in College as Porter Jr. has been sensational in the last two games for the Nuggets averaging 33.5 points per game providing that much-needed scoring boost with all the injuries.

Jerami Grant and Monte Morris have also provided an offensive lift for Denver as both players have gotten into double figures in multiple games so far here in Orlando. Jamal Murray, Will Barton, Gary Harris and Torrey Craig are all listed as questionable for this game for Denver. Regardless of whether none of those players, some of them or all of them suit up tonight for the Nuggets, their offense has managed to still be very efficient and productive and I think that can continue tonight especially with the Blazers still far from being the most consistent and effective lockdown team at the defensive end of the court.

I am on two plays in this game both the side and total. I have been backing Portland in every game so far. They have rewarded me to the tune of a perfect 4-0 ATS record. I’m riding the Portland Trail Blazers once again tonight laying the short number of -4 and I also like this game to go Over the total which is currently sitting at 231.5.
The Over has cashed in all three Denver Nuggets games here in Orlando and I expect more of the same here tonight.