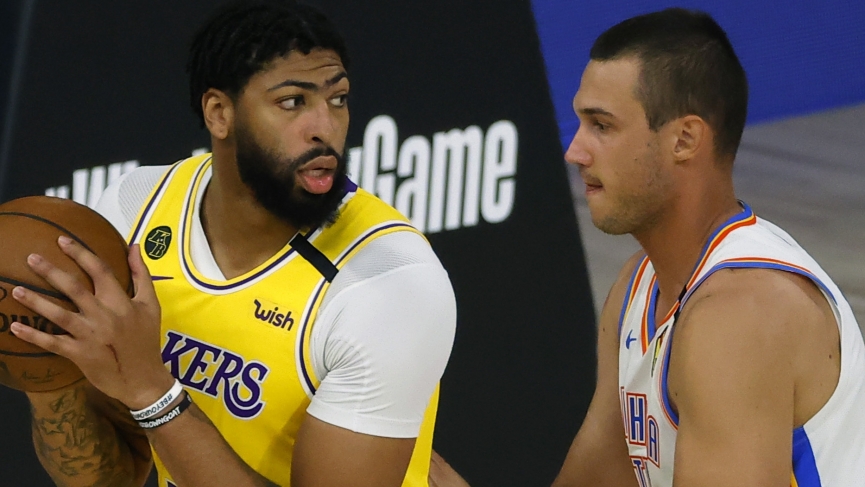 As we take a look at my Oklahoma City Thunder vs Los Angeles Lakers Pick, the Lakers win against the Utah Jazz on Monday night clinched the #1 seed in the Western Conference for them. That takes a lot of the sense of urgency away from the Lakers heading into this game and beyond during the last stretch of regular-season games.

Will The Lakers be in another type of “LA LA Land” tonight?

The Los Angeles Lakers win against the Utah Jazz on Monday night clinched the #1 seed in the Western Conference for them. That takes a lot of the sense of urgency away from the Lakers heading into this game and beyond during the last stretch of regular-season games.

I could see this team being a little bit more cautious and careful minutes wise with their top players and Frank Vogel hinted at that following the win against the Jazz. Los Angeles definitely brought the requisite focus for their game against Utah on Monday following a very poorly played game in a double-digit loss to the Toronto Raptors on Saturday night.

However, the Lakers may be in a different type of “La La Land” tonight and moving forward with the #1 seed in the Western Conference now clinched which leaves some doubt in my mind whether we will see the Lakers bring the same level of intensity and focus that we saw from them specifically in their two victories against the LA Clippers and Utah here in Orlando. 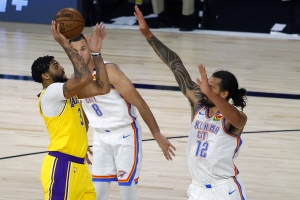 OKC does indeed = ATM as in ATM machine for all their betting backers. The Oklahoma City Thunder has been the single best point spread team in the NBA this season with a 41-25 ATS record this season and they are a sparkling 23-8 ATS away from home.

The Thunder are 6th in the West trying to stay ahead of the Dallas Mavericks but they also still have a shot to move up to as high as the #4 seed in the West as they are only a half-game back of the Houston Rockets for that spot so there is plenty of incentive for the Thunder to keep winning as many games as possible for the remainder of the regular season.

Dennis Schroder and Terrance Ferguson will both miss this game but the Thunder have gotten step up efforts from their bench while Chris Paul, Danilo Gallinari and Shai Gilgeous-Alexander have played quite well for the Thunder and the matchup of the Thunder backcourt Chris Paul and Shai Gilgeous-Alexander against a somewhat depleted backcourt for the LA Lakers that is still adjusting to playing without the services of Rajon Rondo and Avery Bradley could provide a matchup advantage in this contest for them.

I am concerned about the mindset for the LA Lakers heading into this game after clinching the #1 seed in the West with their win on Monday night. We’ve already heard LeBron James say after the Utah win that he’s focusing on the battle for the final seeds in the West and keeping an eye on that which leads me to believe that this first game in particular after the clinch of the West’s top seed may not be one where we get a focused and highly motivated Lakers team.

That makes it difficult for me to trust them laying points in this game. Oklahoma City has been a profitable squad ATS this season in games following a loss and I expect that trend to continue here and look for the Thunder to cover this number of +6 and keep this a competitive contest from start to finish tonight.